The Business Director of the Ministry of Foreign Trade, Katia Alonso, indicated this Wednesday that for the current year there are 503 opportunities for businesspeople around the world willing to operate with the island for an amount of 12 billion dollars. 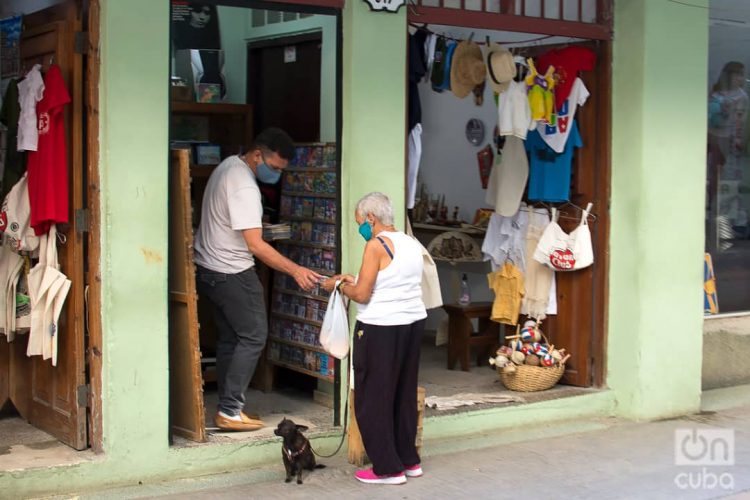 The Cuban government promoted a business portfolio for foreign investors, incorporating projects that require low capital, and invited Cubans who reside outside the country to join, a novel approach in the strict commercial framework on the island.

The Business Director of the Ministry of Foreign Trade, Katia Alonso, indicated this Wednesday that for the current year there are 503 opportunities for businesspeople around the world willing to operate with the island for an amount of 12 billion dollars, among which there are from large engineering or energy initiatives to small businesses.

Alonso highlighted the change in focus represented by the incorporation of businesses that were not as large or demanding as those of the portfolio from previous years, giving even Cubans living abroad the possibility to participate.

“The idea is that: small projects that will solve the food and non-food problem,” said the official. “The projects in which we are interested in promoting and realizing can be up to less than a million dollars.”

Although the law does not reject it, for decades the Cuban authorities were very distrustful when allowing emigrated Cuban businesspeople to bring their capital to the island under the ideological premise of being incompatible with the nation’s socialist model.

In addition, the bulk of Cuban emigrants live in the United States, where the laws of sanctions imposed by Washington to pressure Havana impose limitations on bringing their capital. The issue of investment by Cubans is sensitive both in Cuba and abroad.

“There have been comments that this (the investment of Cubans residing abroad) cannot be done, but that was never prohibited; now everything is being concatenated,” said Alonso, who indicated that one point is that in general Cuban businesspeople abroad do not have so much capital to invest.

“So we are also advocating for small projects and they are projects more tailored to Cubans living abroad, who are people who have small and medium-sized enterprises,” added the official.

Alonso even indicated that countries like China allow their natives who live abroad to reinvest in their country of origin. Neither the portfolio of opportunities nor the Foreign Investment Law applies to Cuban citizens on the island.

For his part, Idalberto Aparicio, deputy director of business, explained that a business deal has already been made effective with the investment of a Cuban resident abroad—not from the United States—with an administration contract in the area of ​​agricultural production, although he did not give more details.

It is not the first time there have been approaches for Cuban investors living abroad. In 2016, with the influx of the thaw carried out by former President Barack Obama toward the island, businessman Saúl Berenthal began negotiations, which later came to a standstill, to bring in and install a factory of small-format tractors ideal for Cuban agriculture.

Then, pressure from Donald Trump demotivated any investment intention.

The procedures are carried out through a single window, explained Anabel Reloba, the director of that office which was inaugurated last year.

This mechanism seeks to counteract criticism from many businesspeople on the island who lament the amount of bureaucratic procedures the authorities require. According to Reloba, since its opening in January 2020, the single window has carried out 186 procedures and given information to another 80 potential investors.

Company executives also tend to regret some mechanisms in force in the laws and which in their opinion discourage them, such as indirect hiring—which must be carried out through a Cuban state employing agency—or difficulties in building or buying real estate. Reloba clarified that such regulations were still in force.

There are currently 280 foreign companies from about 40 countries operating on the island.