A peak was also reported, this time related to infected minors. According to Dr. Francisco Durán in his daily appearance, of the 130 children under 20 who were identified yesterday, 122 had not reached the age of majority and represented 15.7% of the infections, the highest in twelve months. 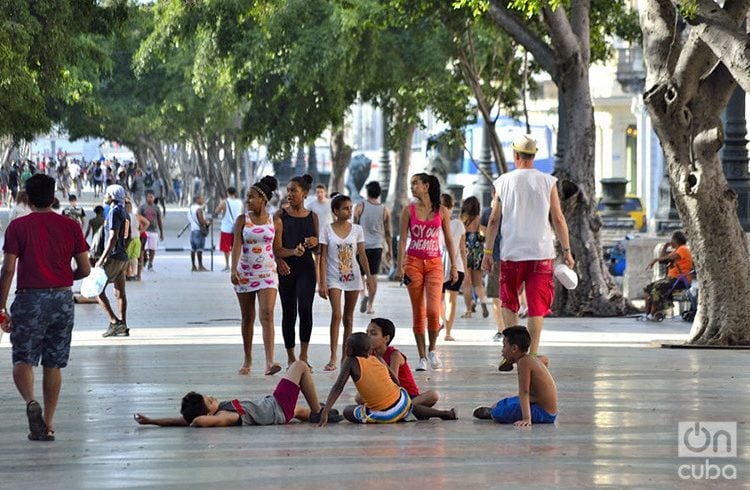 A year after the first three cases of coronavirus were detected in Cuba, the day the World Health Organization classified COVID-19 as a pandemic, the Ministry of Public Health (MINSAP) reported 778 new infections, four deaths and 80 people in intensive care, the highest number so far.

The situation in intensive care had been worsening since a peak of 73 patients was reported on February 4. The same amount was reported yesterday, although with an increase among those reported in serious condition.

Today’s data is the following: of those 80, 36 were in critical condition and 44 in serious condition. As of midnight, 23,843 people were under surveillance on the island due to active disease in 4,656 people.

But, another record number was also reported, this time related to infected minors. According to Dr. Francisco Durán in his daily appearance, of the 130 children under 20 who were identified yesterday, 122 had not reached the age of majority and represented 15.7% of the infections, the highest in twelve months.

The numbers of infections produced by the SARS-CoV-2 virus remain similar to yesterday’s records, slightly higher in six cases. Of the total, 774 correspond to autochthonous transmission and 752 were contacts of confirmed cases.

The deaths, whose total now stands at 361, were reported from Havana and Cienfuegos: three women and one man, aged between 82 and 91 years. Just in the month of March, this pandemic has already left 37 fatalities.

All the provinces identified patients, although the highest numbers come from Havana (396), Pinar del Río (104) and Mayabeque (74). On the contrary, Matanzas (two), Holguín (two) and Las Tunas (one) present the lowest figures.

According to the MINSAP, 17,541 samples were processed yesterday in 22 laboratories, 58.7% of those identified were asymptomatic at the time of their diagnosis and there were 634 medical discharges.

There were only four imported infections, on a day in which three foreigners tested positive for the new coronavirus on the island.