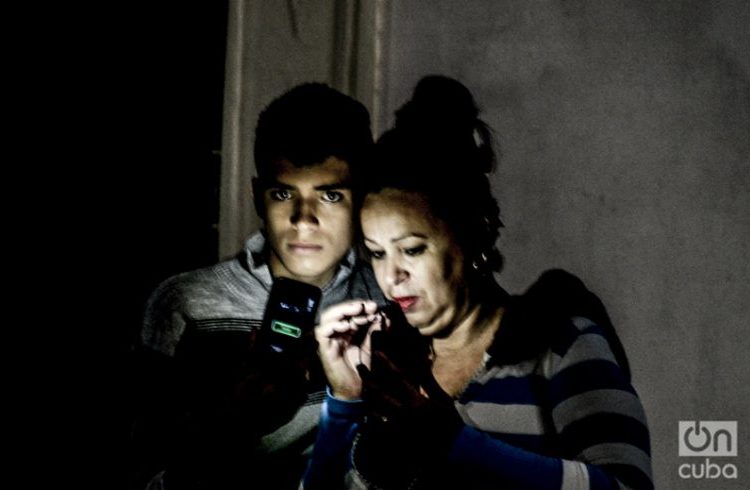 Cuban First Vice President Miguel Díaz-Canel said yesterday that the island was the country that most grew in penetrating the social media in 2016, with a 346-percent increase, something that refutes the international “attacks” that affirm that Cuban society is “totally disconnected.”

In the sessions prior to the plenary meeting of the National Assembly of People’s Power (Parliament), Díaz-Canel pointed out that the Internet issue is the reason why “Cuba is most attacked,” one of the countries with the lowest rate of access to the Internet – 33.6 percent -, something which the Cuban government has tried to palliate with initiatives like the opening of 391 public Wi-Fi areas.

“The United States has tried to present Cuba as a disconnected country. There is a constant fierce financial persecution against the technological companies with which we have agreements…to be able to have the infrastructure that we need,” he indicated in one of his speeches broadcast by Cuban Television.

One of the relaxation measures of the U.S. blockade approved after the two countries resumed relations two and a half years ago is that of the new technologies, which has made it possible for some giants of the sector like Google to enter Cuba.

According to the Cuban vice president, those who try to sell the reality of a disconnected Cuba “had to recognize that in 2016 it was the country that has most grown in penetrating the social media, with more than 346 percent.”

Speaking to the Assembly’s commission that analyzes the “the computerization of society,” Díaz-Canel warned that this is a “complex process” that “goes from the economy to ideology.”

He insisted that “the avalanche of pseudocultural and banal content has to be counteracted,” replacing it with the “contents of the Revolution on the social media.”

Cuba’s computerization policy for the next five years includes actions defined along two lines: the creation of a technological infrastructure and the generation of services, and digital contents.

In this sense, Díaz-Canel supported the creation of platforms for the interaction between the government and citizens, where suggestions and criticisms can be made to achieve the “real democratization in the use of these technologies, contrary to what happens in the major part of the world.”

As first results it was announced that “despite economic limitations,” the band width increased 72 percent in 2016.

As part of the strategy to increase connectivity, ETECSA, the only telecommunications company in the country, began in July 2015 the installation of public Wi-Fi zones that together with the rooms in the company’s offices add up to 1,006 connection spaces in the country, which has 11.1 million inhabitants.

Cuba has already registered four million users with access to the web, of which more than 1.5 million do so through Nauta accounts, which now have been extended to 600 homes after a pilot test last year in Old Havana.

Moreover, today we have more than 630 netsurfing rooms, 370 Wi-Fi sites, in addition to 4.3 million cell phone lines and some four million users have access to the Internet, a million of them through the permanent Nauta accounts,” Minister of Communications Maimir Mesa specified.

Before, only a small group of professionals like physicians and journalists were authorized to have Internet at home.

The principal complaint of the Cubans about access to the web are the high prices to be connected (1.5 dollars per hour in the case of the Wi-Fi areas and netsurfing rooms) compared to the low wages on the island, which stand at an average of 29 dollars a month.

In the case of the “Nauta Hogar” (Home Nauta), packages of 30 hours a month are offered at prices that vary from 15 to 70 CUC (convertible Cuban pesos and equal to the U.S. dollar) for speeds of between 256 kilobytes and 2 megabytes per second.