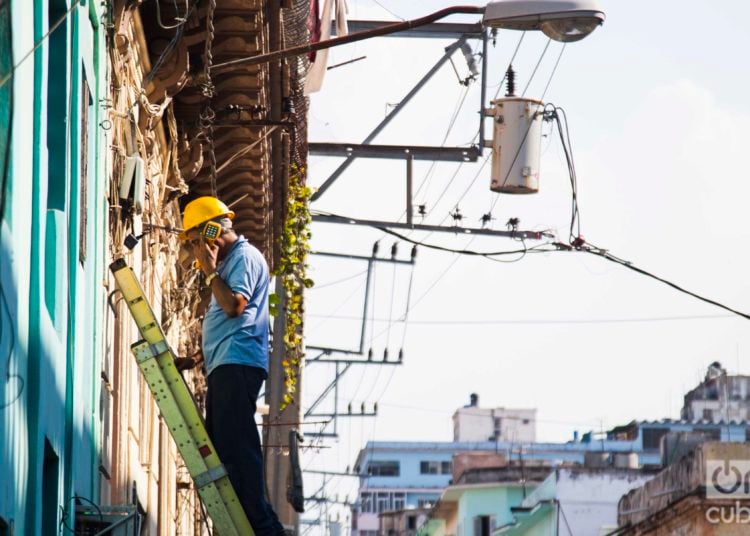 The average monthly wage experienced a slight increase in 2017 with respect to the previous year, according to the official statistics published by the National Bureau of Statistics and Information (ONEI).

An increase of 27 Cuban pesos (CUP) not set the wage at 767 CUP, the highest figures registered to date. In 2017 it was 740, the first time it had surpassed the 700 pesos. In this way, the upward tendency of the last decade, in which the increase surpassed the 300 CUP, has continued.

The statistic shows a less favorable look if it is counted in convertible pesos (CUC), the island’s hard currency with an artificial value equivalent to the dollar and that according to the official exchange rate is equivalent to 25 CUP.

Although it is not mainly used in the payment of wages in Cuba, the CUC is an important barometer in the Cubans’ family economy, with which many products and services are paid for in state-run as well as private establishments and in the informal economy. The island’s government has recognized the need to unify both currencies but until now the measure is still pending and has not date.

On the opposite tip are sectors like culture and sports (531 CUP/21.2 CUC), education (533 CUP/21.3 CUC) and public administration, defense and social security (549 CUP/21.9 CUC), traditional banners in the political discourse on the island.

The data managed by ONEI prioritize the budgeted and business sectors of the State, which is why private work or the informal economy are not included.

In general, western and central Cuba have a more favorable panorama, particularly those provinces with the greatest tourist activity.

Although in Cuba the State subsidizes a group of rationed foodstuffs and offers free health care and education, the wages continue being low in the face of the high cost of basic products.

Dr. Juan Triana includes among the macroeconomic distortions in Cuba “the gulf between wages and prices, the significant delay in the adjustment of wages to the price levels existing in the country, the persistence of markets segmented by types of currencies, the use of ‘monetary instruments’ like the converters – used to pay wages in joint ventures and in the Mariel Special Development Zone – which are applied to the wages of those workers and that actually comply with fiscal functions.”