In economic matters, our wars have been many in these 60 years. 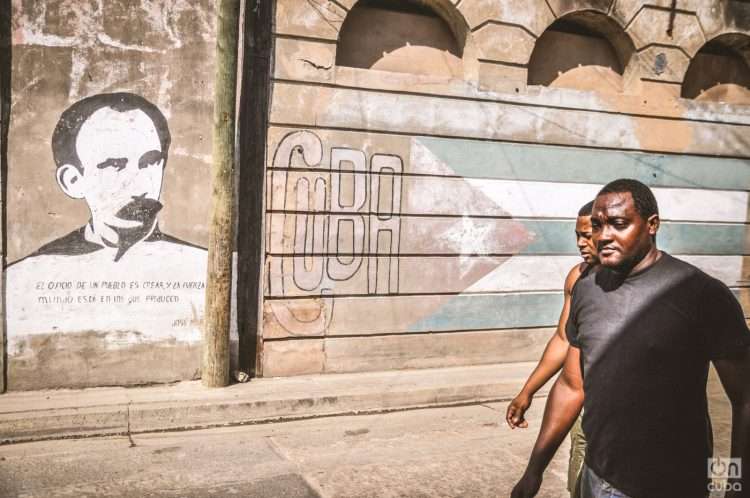 In the last 60 years, on this small island we have had to face many and very varied wars in an area so difficult to grasp from a single perspective, that of the economy.

I write these lines motivated by a National Television Newscast report. Three speeches during the Plenum of the Central Committee of the Party are its content. All three were aimed at explaining/arguing/defending the so-called “non-state forms of management” and their legitimacy under socialism. It is not the first time — and I imagine it will not be the last — that the highest leadership of the government and the Party has defended these new forms of management.

It is true that sometimes the political discourse that defends them goes far ahead of the regulatory instruments that allow their consolidation and, even more so, of the ideological prejudices that insist on identifying it a priori as a necessary evil and sometimes as a strategic error. It is also true that so many times these prejudices, many of which have been with us almost from the beginning, have allowed us to consolidate positions that have delayed the process of change that began in the 1990s and even put it in reverse on more than one occasion. The damage caused by these prejudices is very difficult to calculate, but the weakness of our economy today, our vulnerability to the measures of the U.S. administration, and the tremendous effort made to get out of this pandemic can serve as a proxy to estimate that damage, at least in good part of it.

Undoubtedly, these interventions also reflect that other war that every day — for much more than 20 years now — is being waged in our country against the resistance and those who resist. It is probably the most difficult of all wars, because it is even our own war, the one that must be waged every day against ourselves, against what we learned one day, against what we thought should be for all time, against what at one time was based on “principles,” which later changed radically, even against values ​​within which we grew and assimilated as the values ​​of a socialism, assumed as socialism, and defined, at times even against the basic principles of Marxism.

In terms of economics, our wars have been many in these 60 years, since those first wars fought against the initial U.S. government measures and that led us to institute a card for the purchase of lard, a prelude to what would later become our everlasting ration book.

Then the war against the blockade in its initial version — which was very cushioned by the “fraternal and supportive help of the Soviet Union (USSR)” —, then against the blockade increased by the “Torricellis,” later expanded to what seemed impossible by the Helms-Burton Act and later brought to almost unimaginable expressions by Mr. Trump, an inheritance Mr. Biden received with approval. The blockade has undoubtedly shaped part of our way of being, of thinking about solutions, of assuming the present and imagining the future.

Another war of longer duration has been the one that our country has waged against underdevelopment and dependency. Underdeveloped before and now, we still do not stop being a dwarf with a huge head and thorax and small and weak legs and arms, understanding by head and thorax that bureaucracy that resists and by legs our productive apparatus that is not capable of sustaining us. Dependent on Spain, dependent on the United States, dependent on the USSR and quasi-dependent on Venezuela in recent times. Underdevelopment and dependency go hand in hand and have also conditioned our way of behaving, our business culture, the approach and the adoption of solutions to our problems, characterized by seeking “outside” what can be obtained “inside,” preferring what comes from “outside and outsiders” before those from “inside,” to the extent that we managed to have a legal body for foreign investment long before we had it for “national actors.”

And all this has come together all these years and has created that thinking and that way of reacting to opportunities and threats, making us more reactive than proactive, conditioned by that learning that has prevailed until today and that consolidated the idea of ​​the omnipresent State, of the infinite budget, of the supposed unlimited resources, of doing everything at any cost, of the false concepts that education and health, because they are free, do not cost. From the infinite wait for the untimely response, from the lack of culture of public service, from the sacrifice of all for the inefficiency of some — so common in our state business system —, where we have not managed to win any of the battles, in this, perhaps one of the longest wars, dating back to the mid-1970s.

Perhaps the greatest virtue of these so-called non-state forms of management — still too few, although for some they are already too many — is to push almost everyone out of the “comfort zone,” the ministries that must finally understand that their borders of action go beyond “the state” because we all build the country; to regulators, for some of whom it is more important to pursue wealth than to fight effectively against poverty; to the territorial authorities that still do not use the tremendous force that these forms of management have at the local level and; to state sector entrepreneurs who understand competition more as an avoidable evil and demand “protection,” which some do not deserve due to their performance, rather than as an opportunity for improvement for a sector — that of state enterprises — on which our economy’s dynamics depends fundamentally.

The three speeches touched on key issues in the reform process that Cuba has been experiencing more intensely in recent months. The three confirm that a war is being waged in the field of political ideas, that a greater effort is needed in the political order so that what was agreed several years ago ends up defeating those other ideas anchored in past conditions, which seem will not be repeated in the years to come.