It manages nearly 15 facilities and more than 8,400 rooms in the main tourist destinations, including Varadero beach resort, where the Royalton Hicacos, the Memories Varadero and the Starfish Cuatro Palmas operate. 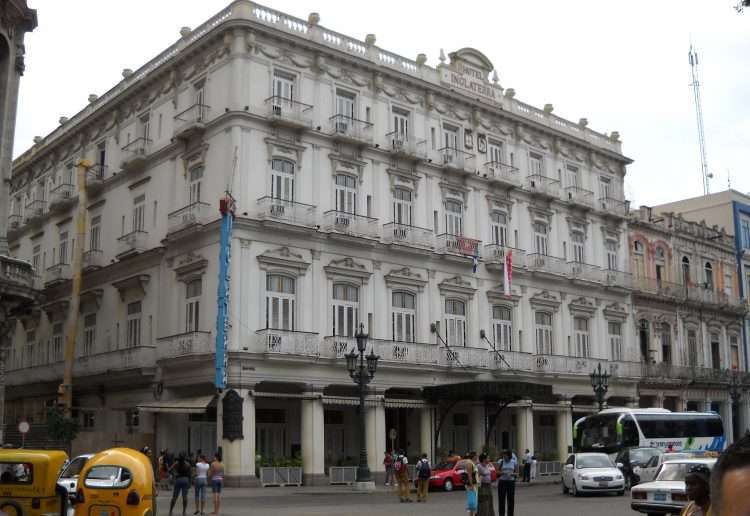 The Canadian company Blue Diamond Resorts, an expert in high-quality hotel management in the Caribbean, will expand its operations in Cuba with the management, starting in November, of the Inglaterra Hotel, considered the oldest on the island.

The building, which stands in the heart of Old Havana, is one of the city’s classic hotels and has had among its illustrious guests writer Federico García Lorca, British president Winston Churchill, actresses Sarah Bernhardt and María Félix, ballerina Anna Pavlova, poets Rubén Darío and Julián del Casal, among others.

Prensa Latina news agency reported that the communication director of Blue Diamond in Cuba, Miguel García, expressed his satisfaction that the chain included the prestigious hotel in its portfolio of operations. The official recalled that “Blue Diamond has been managing the Royalton Habana Paseo del Prado Hotel since this month, and by September, after a capital repair process, the Regis will also begin operating under the Mystique brand, aimed at the Adults Only segment.”

Prensa Latina highlighted some of the benefits of the installation in communion with the urban environment. “Its famous Acera del Louvre has become, over the decades, the ideal place to observe the hustle and bustle of this Havana area while enjoying a cocktail to the beat of Cuban music. Due to its architectural, cultural and historical values, it is classified as a National Monument of Cuba.”

Blue Diamond is the second largest foreign hotel managing chain in the country. It manages nearly 15 facilities and more than 8,400 rooms in the main tourist destinations, including Varadero beach resort, where the Royalton Hicacos, the Memories Varadero and the Starfish Cuatro Palmas, among others, operate.

In the coming months, it will exclusively manage several hotels and villas owned by the Cuban group Gran Caribe, as well as the network of shops and gastronomic services, indicated its director of communications on the island in statements for Prensa Latina.