The attractions of the island as a “safe and authentic destination” were presented in China by the Cuban minister of tourism, who commented on plans to increase the arrival of visitors from the Asian nation. 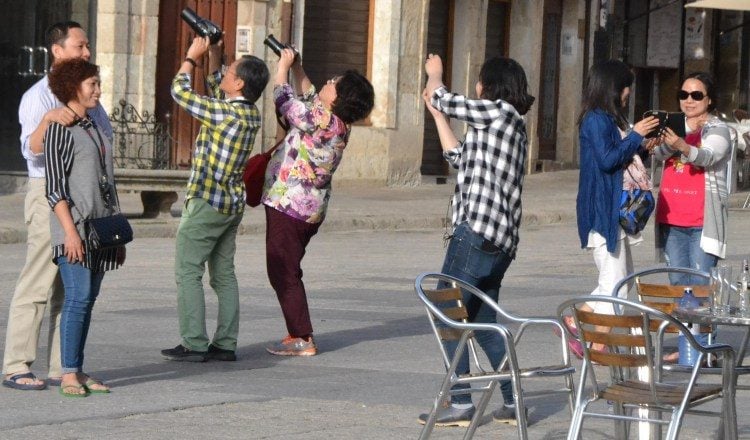 The Cuban authorities are planning to double the number of Chinese tourists visiting the island in three years, while offering investment opportunities to the Asian country in that sector, Prensa Latina (PL) news agency reported this Friday.

The attractions of Cuba as an “authentic and safe destination” were presented in China by Tourism Minister Manuel Marrero, who commented on plans to increase the arrival to the destination of visitors from that nation.

The Cuban minister, who is on a working visit to China, participated in a promotional event where he also detailed business opportunities for foreign investment in the sector and outlined the potential of the Chinese market.

Before the media, tour operators and travel agencies of the Asian giant, the minister advanced some of the actions to encourage the arrival of Chinese tourists to Cuba, a figure that in recent years increased considerably to reach about 50,000 in 2018.

In order to double the arrival of Chinese travelers in three years, Cuba will appoint a tourism counselor at its embassy in Beijing in early 2020, and will open a Havanatur representation in the city of Shanghai.

In addition, the Cuban Ministry of Tourism will declare 2021 as the year of tourist exchange between China and Cuba and will have the Asian country as a guest of honor at the island’s International Tourism Fair that same year. Marrero said they are working with the ministries of tourism of Mexico and the Dominican Republic to offer the Chinese public multi-destination tourist packages, and thus strengthen the offer.

The minister stressed that the Caribbean nation is not only a place to enjoy sun and beach, but also to learn about its culture and heritage.

Despite the economic difficulties Cuba is experiencing, its tourism investment plan does not stop in its aim to consolidate this sector as one of the driving forces of its hard-hit economy.

For his part, Terry Jiang, president of the Chinese agency Bellotour, told PL that the interest in Cuba by the Chinese is increasing more and more especially because of the variety of the offer that includes leisure, but also learning about the culture and traditions of the island.

A total of 49,781 Chinese tourists traveled to Cuba in 2018, exceeding this figure by more than 6,000 compared to the previous year. This made China the second largest issuing market of visitors from Asia to the island, second only to the Philippines (73,864), according to official data.

On the other hand, in the first half of 2019 there was a slight decrease, since 23,295 Chinese visitors accounted for 98.1% of those arriving on the island in the same period the previous year.

At present, Cuba’s tourism is suffering the consequences of the recent measures of the government of Donald Trump, which further restricted the travel of Americans to the island and banned U.S. cruise ships from visiting Cuban ports.

This is why Cuba drastically reduced its forecast of foreign visitors expected in 2019, by lowering the initial plan of more than 5 million tourists―an all-time record for the island―to only 4.3 million, and is seeking to boost emerging markets such as Russia, China and Latin America.