byOnCuba Staff
in Tourism in Cuba
0 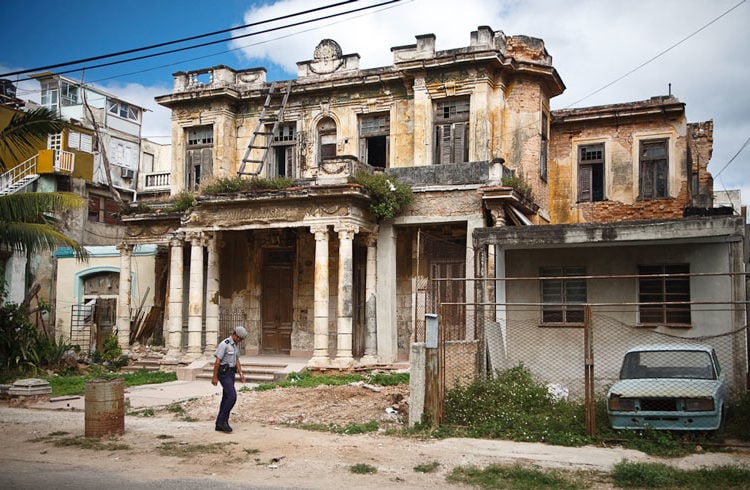 Cuba registered a deficit of more than 880,000 homes at the end of 2016, according to what was reported to the National Assembly (Parliament) by Vivian Rodríguez, general director of housing of the Ministry of Construction.

In her report, Rodríguez explained that Cuba currently has a housing fund of 3.8 million homes and pointed out “critical problems” in some of the zones with the greatest population density.

The principal causes of this situation include the “loss of the housing capacity due to the deterioration of the buildings,” most of them having been built more than 30 years ago, commented the general director of housing cited by the state-run media.

According to official data, Havana has a deficit of 206,000 homes, Camagüey registers a lack of 71,000 homes, while the eastern Holguín and Santiago de Cuba are the most affected after the capital, with 147,000 and 103,000, respectively.

Rehabilitation is “one of the priorities” of the Ministry of Construction, as a measure “to put an immediate stop to the deterioration,” affirmed Rodríguez, who also reported that at the close of 2016 the rehabilitation programs had not been met. The most affected was the one directed at the remodeling of the tenement houses, with 40 percent of them executed since “only 99 of the 246 that had been planned were rehabilitated.”

The report presented to Parliament also specifies that 5,771 houses out of the 9,700 planned to be finished in 2017 had been built, of which less than 2,000 belong to the state sector.

Regarding the subsidies for the construction and restoration of homes. Rodríguez specified that out of the 107,981 cases approved for this year, 56,235 had been completed.

The Cuban government has assigned more than three billion Cuban pesos (some 120 million dollars) since it started the program of subsidies in 2012, of which a bit over 70 percent of the total has been executed up to 2016.

Moreover, another report presented to the commission that attends the topic in the Cuban Parliament reflected “the insufficient control in the construction materials shops and the slow responses to the population’s petitions.”

Housing is one of Cuba’s principal social problems, and 40 percent of its more than three million homes was in a bas state in 2014.

Ever since three years to date the general deficit has increased by some 200,000 homes, despite the fact that the government opened in 2010 the granting of construction licenses and liberated the sale of materials, in addition to promoting a plan of credits and subsidies.

The buying and selling of homes among private individuals was authorized in November 2011, a possibility forbidden for decades and that has been one of the most popular measures of the plan of reforms undertaken by President Raúl Castro for the updating of the economic model.

Last February the government announced new regulations for a sector with prohibitive prices for the average Cuban, who can now purchase unfinished houses or legalize homes built without the established documentation.

The regulations especially include the sale “for only once” of 16,887 social homes being built in Cuban cities, which can be paid for through the building’s transference value and finish paying them in five years, a period in which the homes must be fitted out and legalized.