The figure represents 918,387 fewer visitors compared to a similar period in 2020, Cuba’s National Office of Statistics and Information (ONEI) disclosed on its website. 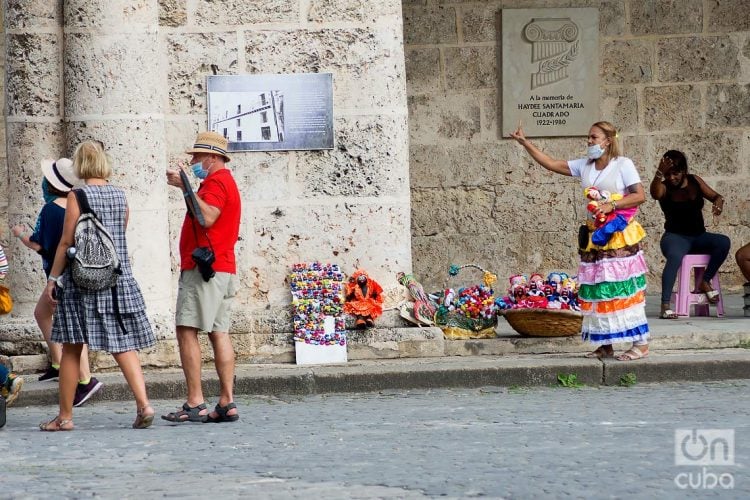 Some 64,712 foreign tourists visited Cuba in the first four months of the year, only 6% of the 983,099 who did so in the same period in 2020, official sources reported this Saturday.

The report confirmed that more than half of the tourists who arrived on the island so far this year (33,592) were Russians, followed by Cubans living abroad, Germans, Spaniards and Canadians.

The Caribbean country currently receives four weekly flights from Russia, so there are more than 2,400 tourists from that nation every day of the week, Cuban Minister of Tourism Juan Carlos García, who in March attended the MITT 2021 tourist fair in Moscow, recently told the EFE agency.

García recalled that each traveler undergoes a PCR test once entering Cuban territory, where, he affirmed, there are many “safe” destinations for visitors such as Varadero, Cayo Coco, Cayo Santa María and Cayo Largo.

The current health protocol establishes that to enter Cuba travelers need a negative PCR carried out a maximum of 72 hours before arrival, to which is added a second test at the border when entering the country.

Afterwards, tourists must stay in quarantine in a hotel until they test negative in a third PCR that is carried out five days after arrival, while Cubans can choose between going to a paid hotel or a free state isolation center, where they also remain until the result of the third test is known.

Cuba, which has been reporting more than 1,000 daily cases of COVID-19 for weeks, suspended commercial and charter flights in April 2020 to curb the spread of the coronavirus.

In October of that year, the airports reopened but infections soared, mainly attributed to non-compliance with isolation protocols for travelers.

For this reason, since January flights from the United States, Mexico, Panama, the Bahamas, Haiti, the Dominican Republic and Colombia have been kept to a minimum.

Before the arrival of the pandemic, tourism represented for Cuba the second official source of foreign exchange income—only behind the sale of professional services abroad—and contributed around 10% of the Gross Domestic Product (GDP).

The projections for this year are between 2 and 2.2 million tourists, although the authorities themselves have recognized that it could be difficult to comply with the estimates, given the behavior of these first months of the year, and the complex national and international situation because of COVID-19.