“The key is to sternly demand compliance with the established measures, which are precisely determined in each of the municipalities,” said Luis Antonio Torres Iríbar, president of the Provincial Defense Council (CDP) of the Cuban capital. 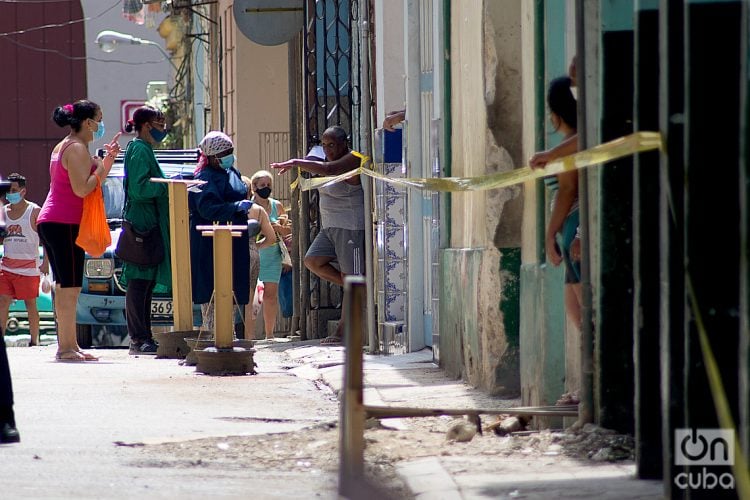 The Havana authorities demanded greater rigor in the control of areas in isolation due to outbreaks or events of transmission of COVID-19 in the city, the local press reported.

“The key is to sternly demand compliance with the established measures, which are precisely determined in each of the municipalities,” said Luis Antonio Torres Iríbar, president of the Provincial Defense Council (CDP) of the Cuban capital, cited by Tribuna de La Habana.

At a meeting of the Havana governing body, Torres Iríbar called on local officials to “guarantee that citizens remain at home, bring them basic services such as those related to food, raise the perception of danger, guard the perimeters to prevent someone from entering or leaving, and insist on the use of the mask, even if we are among family or friends.”

The president of the CDP asserted that, according to studies carried out, “when blocks are closed, foci or events of autochthonous transmission are created, with restrictive and isolation measures, and encouraging results are achieved in those places in the confrontation with COVID-19.”

In addition, he said that when this happens, “the vast majority of the population in these closed areas complies with the established measures and that makes it possible to carry out studies in the community.”

Torres Iríbar criticized the “irresponsible” attitude of many people to the appearance of COVID-19 symptoms, “because they interpret it as any other disease,” he said and stressed the importance of “raising the perception of risk and that whoever has a minimum of symptoms go immediately to the doctor and have the PCR test.”

Due to the complex epidemiological situation that the island’s capital is going through, marked by the spread of the most contagious and lethal strains of SARS-CoV-2, the Havana authorities reiterated the need to “comply with hygiene, biosafety, physical and social isolation standards, even though the COVID-19 vaccination process is advancing.”

Specialists present at the meeting pointed out that “the virus strains that today affect the province are very aggressive and represent a high mortality rate, because they cause considerable disorders in the human body in just 24 hours, unlike those that predominated at the beginning of the pandemic, which took nine days to become evident, “says Tribuna.

Havana added 618 new coronavirus infections at the close of this Saturday, with which there are already 67,375 cases reported since the beginning of the pandemic, more than 50% of the 133,053 registered on the island. In addition, it has 17 active transmission events and more than 1,500 open foci, which shows the high spread of the infectious disease in the Cuban capital.