Infections decreased to 1,155, of them 1,118 were due to autochthonous transmission, 1,078 were contacts of confirmed cases and 37 were imported cases, with an incidence of Cuban travelers from Russia (33), Dominican Republic (two), Poland (one) and Panama (one). 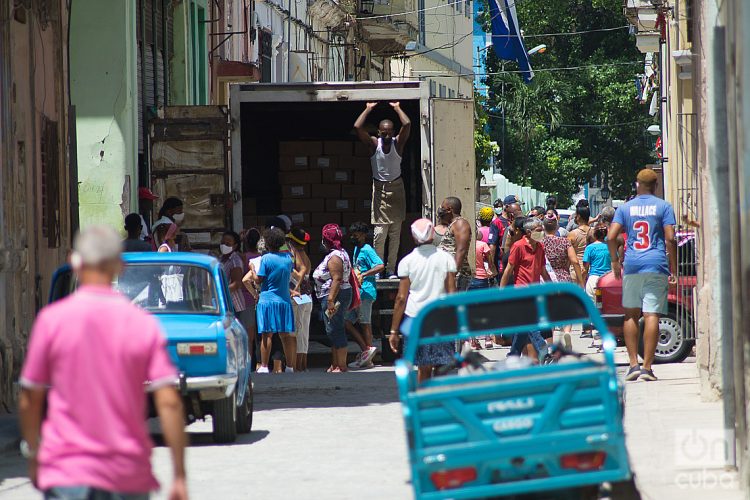 The SARS-CoV-2 virus produced 1,155 infections in Cuba this Sunday, a day in which the Ministry of Public Health (MINSAP) reported 13 deaths with which the number of fatalities is already 236 in May and constitutes the highest for the period of one month during the pandemic.

Today’s deaths as a result of COVID-19, with which the country’s death toll now stands at 987, correspond to five men and eight women between the ages of 58 and 91, residing in municipalities of Havana, Artemisa, Camagüey and Santiago de Cuba.

Of the 1,155 cases, 1,118 were due to autochthonous transmission, 1,078 were contacts of confirmed cases and 37 were imported, with an incidence of Cuban travelers from Russia (33), the Dominican Republic (two), Poland (one) and Panama (one).

Havana, with an incidence rate of 441.7 per 100,000 inhabitants in the last two weeks, registered 607 infections. Nine of its municipalities, along with two from Mayabeque (Batabanó and Güines) and one from Pinar del Río (Sandino), represent 34.6% of the transmission in the same period.

On the contrary, with seven cases Villa Clara was the only territory below 10 infections. The special municipality of Isla de la Juventud did not report infections.

Until midnight, there were 28,895 people admitted to hospitals or centers created to treat coronavirus cases. 140 of them were in ICUs: 49 in critical condition and 91 in serious condition, which represents the third-highest figure.

After yesterday’s processing of 21,259 samples, the MINSAP confirmed 1,223 discharges, with which 126,459 people have already recovered from the coronavirus on the island.