Three fundamental factors occupy the attention of the health authorities: burns, exposure to gases resulting from the explosion and combustion, as well as the psychological repercussions. 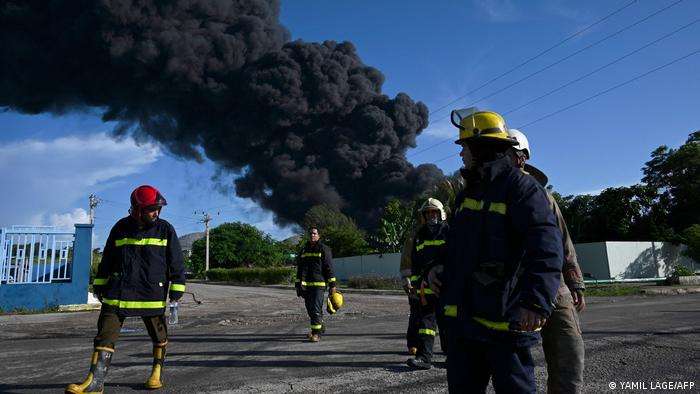 As a result of the fire at the supertanker base in Matanzas, more than one hundred people suffered burns of different degrees, there are hundreds of evacuees and the effects on the health of the inhabitants of this region of the country could be considerable in the short, medium and long term. Three fundamental factors occupy the attention of the health authorities: burns, exposure to gases resulting from the explosion and combustion, as well as the psychological repercussions that an event of this type can cause. Let’s review each of those factors.

According to information issued by the Minister of Public Health on Saturday night, 121 people had been treated, with burns of various degrees. Of these, 85 had been discharged. However, 36 remain hospitalized, 28 of them reported as in a delicate condition, 3 serious and 5 critical patients. What determines this? What factors determine the severity of a burn patient? What are the elements on which the prognosis of this type of patient is based? What should we expect in the coming days in terms of deaths?

The severity of a burn depends on three factors: its extent, depth and location. A burn is considered serious when it affects more than 20% of the body surface, affecting the general condition of the patient. A common way of determining body surface area is that described by Pulasky and Tennisson in 1957, which assigns values ​​of 9 or multiples of 9 to the different elements of the body: head, 9% (face, 4.5% and scalp, 4.5%); neck, 1%; each upper limb, 9%; each lower limb, 18%; anterior trunk, 18%; and posterior part of the trunk, 18%. It is important to point out that in children the method is different. 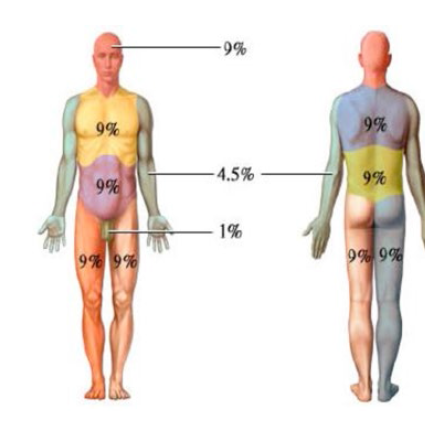 As for their depth, burns are classified in three degrees: superficial or first degree, they will be those that only affect the epidermis, which is the most superficial layer of the skin. Second-degree burns will also affect the dermis, which is the layer that goes below the epidermis and is where the blood vessels and nerves go… Depending on the depth, the clinical characteristics that patients present will be; as a curious fact, the deeper ones are usually less painful due to the destruction of the nerve endings. When the entire thickness of the skin is destroyed, there is a third-degree burn, the lesion is dry, and can have different colors. Finally, total burns compromise the skin as well as the muscle, and can reach the bone. These burns are not painful.

The location is an element of great importance, especially in the third degree, because in addition to death, they can leave sequels that affect physical function or aesthetics. Among the areas of greatest risk are hands, face and neck… In these areas, a small burn is considered serious. Additionally, between 5 and 7% of burn patients usually have associated traumatic injuries, which worsen the prognosis.

By virtue of all of the above, the American Burn Association has classified burn injuries as minor, moderate, and severe. Minor burns can receive outpatient care; hence most patients have been discharged from the hospital. Meanwhile, moderate and severe burns require hospitalization and in many cases it has been decided to refer these patients to centers with experience such as the Ameijeiras and Calixto García hospitals.

In the body of patients who survive the first moments but have serious injuries, a series of processes are triggered that can endanger their lives. A series of substances are released in them that reduce the ability to deal with infections, while causing the vascular system to become more permeable, allowing the passage of large amounts of fluids to the rest of the tissues. This is equivalent to the loss of those same amounts of fluid, as can happen in patients with vomiting and diarrhea. All the above, said in an incredibly simple way, is the basis of the so-called burn shock, an extremely serious entity and very difficult to treat.

After the initial stage, the biggest challenge for doctors and patients is infection. The skin works like a shield that defends the body, when it loses its integrity, we are very exposed. Another common portal of entry is the respiratory system.

What determines the prognosis in this type of patient? The greatest predictors of mortality are the percentage of the surface affected, the larger the surface, the greater the risk to life; the presence of inhalation injuries and the age of the patient, with extreme ages being the most affected.

What should be expected in the coming days? Unfortunately, in this type of situation, there are usually three mortality peaks, the first being the one that occurs at the time and place of the events. Then, there is a second peak in the first days, which are those who die as a direct consequence of the phenomena that I explained above. Finally, there will be a third group of patients who will die as a result of the complications that will appear, especially sepsis.

An additional risk in fires is smoke inhalation. Smoke is made up of a complex mixture of gases and particles. The most exposed, logically, will be those who are closest to the fire zone, particularly the firefighters. In the case of burn patients, the inhalation of gases is usually an additional reason that complicates the picture, with damage to the respiratory system being one of the main causes of death due to the combination of several causes: direct effect due to the inhalation of hot gases in the upper respiratory tract, the damage to oxygen transport due to the inhalation of carbon monoxide and other gases; and the damage caused to the lungs by combustion toxins.

In the areas surrounding the fire, the risk is still high, which is why the decision to evacuate people is usually made. Especially those that can more easily have effects on their health, such as patients with cardiorespiratory conditions such as ischemic heart disease, heart failure, COPD or bronchial asthma. Older adults, children and pregnant women should also have special care and attention. Among the most frequent symptoms that must be monitored are chest pain, shortness of breath, palpitations, difficulty breathing, cough, wheezing…. In the event of any of these symptoms, medical attention should be sought immediately.

A not insignificant factor is the psychological damage that a disaster can cause. It will last for the duration of the disaster and other effects will appear as aftereffects in some people, especially those affected by the tragedy. Injuries, loss of friends and acquaintances, material damage, and even the abandonment of property, in the case of evacuees, can cause anxiety and depression. Both in the family environment and in shelters, special care must be taken with the most vulnerable, especially the elderly and children, avoiding exposure to dramatic images and news that could increase anguish and fear.

On the other hand, an event of this magnitude can cause a series of feelings and emotions, along with symptoms such as anxiety, fear, difficulty staying calm, insomnia, crying…. This should not be considered a disease, but rather an expected, adaptive and transitory response in the face of a situation that a person cannot control. However, if these symptoms persist after a month or are perceived as a severe or disabling problem, one could be facing post-traumatic stress disorder that requires psychiatric treatment. Mental health studies indicate that up to 15% of those affected by a catastrophe may require specialized care.

In conclusion, the explosion at the Matanzas base will not only seriously affect the country’s economy, but is also an important health problem in the short, medium and, for some people, also in the long term. Despite the efforts of the medical and paramedical staff, we will surely have to mourn the loss of some human lives due to this incident. Meanwhile, the respiratory and psychological effects on the victims are another factor to take into account.