Since new provisions aimed at limiting the mobility of people and vehicles came into force in Havana on September 1, 3,457 fines have been imposed, of which 207 are 3,000 Cuban pesos (CUP) and the rest 2,000. 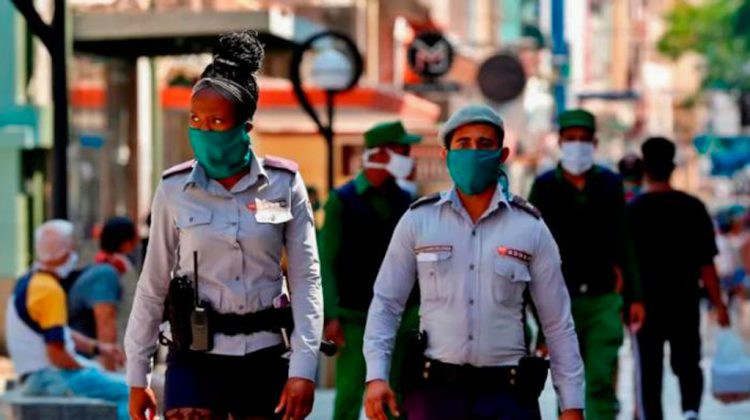 The Havana authorities will impose fines of 2,000 pesos on people who don’t keep physical distance of at least one meter in the lines, said the coordinator of Inspection, Control and Hygiene of the government in the Cuban capital, Orestes Llanes.

The critical epidemiological situation evidenced by the increase in positive cases of COVID-19 and its dispersion throughout the city, forces control and prevention actions to be intensified, Llanes told the Agencia Cubana de Noticias (ACN) news agency.

Since new provisions aimed at limiting the mobility of people and vehicles came into force in Havana on September 1, under Decree 14/2000 of the Council of Ministers, 3,457 fines have been imposed, of which 207 are 3,000 Cuban pesos (CUP) and the rest 2,000 pesos, the source specified.

Of the total sanctions, 64 were applied to directors of state facilities for not complying with sanitary measures and 108 to administrators of centers or premises that did not close at the established time.

Likewise, 24 people were fined for consuming alcoholic beverages in public places, he added, and another 26 who violated the current 7:00 p.m. to 5:00 a.m. curfew in the city.

Meanwhile, the police withdrew the registration plates and driving documents from 35 drivers of vehicles that did not carry the corresponding authorization, or were traveling outside the permitted hours, Llanes said, quoted by the ACN.

Despite the increase in restrictions imposed by the Havana government since last Tuesday, people and institutions continue to not comply with hygienic-sanitary regulations, Llanes warned.

Long lines are a chronic problem in Cuba, due to the shortage of basic need products such as food and toiletries, reinforced by the impact of the U.S. embargo and the coronavirus pandemic.

In the current epidemiological conditions, these crowds represent one of the main concerns for the health authorities of the island, and although the Cuban government decided to attack the so-called coleros (people who get on lines to later sell their places), hoarders and resellers, the shortage and the lines continue.