The measure, already in force in most Cuban provinces as part of the so-called “new normal,” will start being applied as of this Wednesday in the Cuban capital and represents a change in the strategy followed so far on the island. 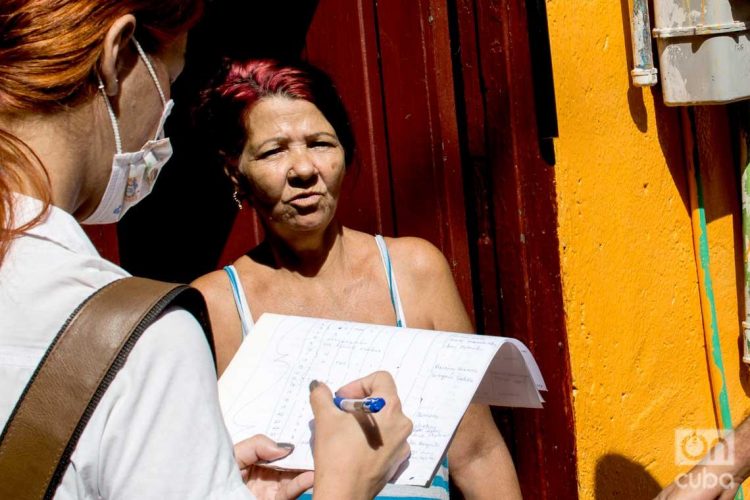 In keeping with the new Cuban strategy against COVID-19, people suspected of having the disease and contacts of already confirmed cases in Havana will be isolated at home and not in centers established especially for this, as has happened until now.

The measure, already in force in most Cuban provinces as part of the so-called “new normal,” will start being applied as of this Wednesday in the Cuban capital, as was announced at a meeting of the Provincial Defense Council (CDP). According to what was previously announced by the Cuban government, the isolation of vulnerable older adults and those who don’t have conditions in their homes, among other exceptions, will continue outside the home.

Dr. Carlos Alberto Martínez Blanco, director of health in Havana, affirmed that “the technical, epidemiological and logistical details have already been defined to take on this new stage, in addition to having coverage of human resources in the communities,” pointed out Tribuna de La Habana.

For his part, the governor of the capital, Reinaldo García Zapata, called for “working with profound quality from primary healthcare,” on which a greater weight now falls in the island’s health strategy to deal with COVID -19.

To date, family primary care doctors and nurses were in charge of screening and monitoring vulnerable people in their communities, with the support of medical students, but from now on, they must also attend to suspects and contacts of confirmed cases with the disease who are in home isolation. For this reason, the Havana authorities emphasized that “the success of this type of home isolation depends largely on the professional performance of the family doctors and the responsibility of the patients.”

Havana, which has more than half of the coronavirus cases detected in Cuba and has been the epicenter of the disease in the country for almost the entire pandemic, entered phase 3 of the de-escalation this Monday, after containing a new outbreak that forced the imposition of a night curfew and other strong restrictions in the city last September.

However, the Havana authorities have decided to keep airports closed for the time being, as well as bars, discos, nightclubs and gyms that are not outdoors. In addition, they maintained capacity limitations in public transportation and have confirmed the mandatory use of masks and other hygienic-sanitary measures in public spaces and in work centers, despite the economic reopening and the announcement of the restart of the school year next November 2.