The Russian planes will start making two weekly flights to the airports of Cayo Coco and Santa Clara, in the central region of the island, while the German airline Condor will make three weekly flights to Varadero. 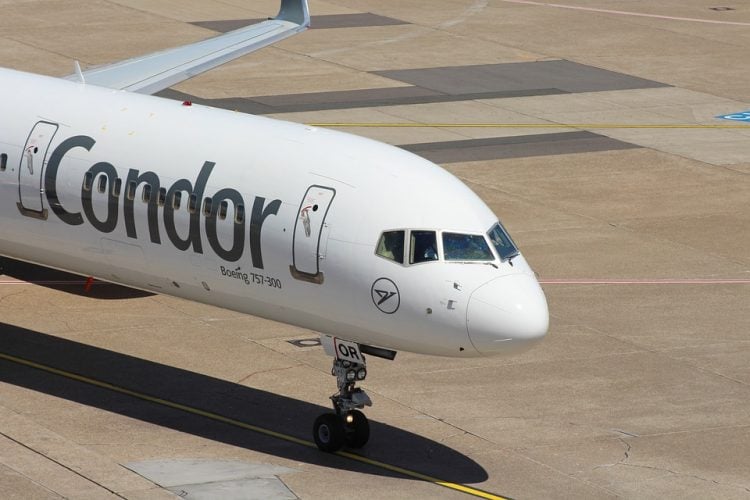 The Russian authorities announced this Wednesday the resumption of flights to Cuba starting next November 1, while Condor, the most popular holiday airline in Germany, reported that it will begin trips to Varadero beach resort as of October 31.

The Russian planes will start making two weekly flights to the airports of Cayo Coco and Santa Clara, in the central region of the island, the Agencia Cubana de Noticias (ACN) news agency reported to the television channel Telesur.

At the end of 2019, Russia had gone from tenth to fourth place in the list of countries issuing tourists to the island, and last January it moved to second place after months of constant growth.

Cuban Minister of Tourism Juan Carlos García reported in February that in 2019 the number of visitors from the Eurasian nation grew by 30 percent, according to the ACN.

The source also reports that the Condor airline will make three weekly flights―Tuesday, Friday and Saturday―from the cities of Frankfurt and Düsseldorf to Varadero.

According to Ralf Teckentrup, CEO of Condor, Germans want to feel comfortable on vacation, during travel and at their destination, also in times of pandemic.

The official website of the company already offers tickets to tourists who want to travel to Cuba, and explains the large number of protection measures on board its planes to protect travelers from COVID-19.

The airline highlights that Varadero is one of the most popular resorts in Cuba, with perfect beaches and impressive natural reserves.

Located 150 kilometers from the Cuban capital, Varadero is ready to receive international tourists starting this Thursday, according to authorities from the Cuban Ministry of Tourism (MINTUR).

“This sun and beach destination, the largest and most important in Cuba, is already prepared to offer tourists high satisfaction in the upcoming peak season,” said Ivis Fernández, MINTUR delegate in Matanzas, the Cuban province where the famous beach resort is located.

According to Fernández, the resort’s hotels are ready to reopen operations to the foreign market “with all the required biosecurity protocols.”

Cuba reopened international tourism operations on July 1, but only in isolated destinations in keys to the north and south of the island, to avoid contact between foreign visitors and Cubans in the midst of the pandemic.

A month later, the first group of foreign tourists arrived at Jardines del Rey International Airport, on a flight from Nassau, the capital of the Bahamas.

Most of the island is already in the “new normal” phase, in which all economic activities are resumed, although with precautions to avoid contagion.

Havana, even in the third phase of post-COVID-19 recovery, will not reopen its airport―Cuba’s main air terminal―operations for the time being.