In popular logic it is not understood that, while the informal exchange rate is going down, prices remain the same or increase. 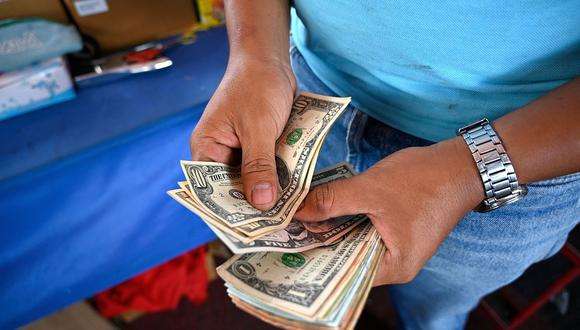 If there is an issue that is always in the Cuban public arena — for more than enough reasons —, it is the informal exchange rate of the dollar and the galloping rise in prices in the markets, including the state ones. But why such concern? Very simple, because it is related to the purchasing power of the population, which every day is increasingly reduced; just look at today’s prices and compare them with those of previous months.

However, the complexity of the Cuban economy today and the different distortions that exist in that context make it difficult for us to give a single answer for this scenario.

Precisely one of the Cuban economy’s difficulties is that the production of goods, both industrial and agricultural, remains very low, that is to say: the country suffers from a lack of goods necessary for consumption. The 63 agricultural measures have not given the planned response, among other reasons, because the agricultural system has not yet been transformed, agricultural inputs have been lacking, there have been difficulties with the labor force, agricultural producers have not been paid for previous harvests, and it is one of the sectors where less has been invested in recent years.

Add to this the reduction in chicken imports from the United States, among other causes due to the form of payment derived from the existing blockade and the rise in prices, although no cause weighs as heavily as the external liquidity crisis that the country is going through.

Remittances have been a palliative in the life of a part of the population, which is a minority. However, the rest of the salaried workers without a link to that source of income see every day how the purchasing power of their salaries is lost, raised in January 2021 and then considered adequate according to the statistics the authorities based themselves to define them. It was stated then that the basket of necessary goods and services could be purchased with 1,528 Cuban pesos (CUP); but sometime later it was changed to more than 3,500 CUP. Today, reality has shown that this money is more than insufficient to guarantee adequate food for a Cuban family according to their needs, much less for the pensioned population.

It is curious to observe how in the last Council of Ministers meeting held these days it was reported that there are more than 400 state companies with losses, of which more than 90 percent belong to the agricultural, sugar or food industries.

According to the National Office of Statistics and Information (ONEI) in regard to the quarterly domestic product of 2022, in the second quarter agriculture presented a negative indicator of -7.4%, while the manufacturing industry did so at -15.1%; electricity, gas and water at -15.4%.

Therefore, up to now, in the short term, what the so-called “Reorganization” has done has been to further disorder the economy, and the greatest cost is being paid by the Cuban family that depends on salaried work, but also by society in general.

So, what have all economic actors, whatever their form of ownership, done about it? They have wanted to readjust by way of rising food prices, with which they try to reduce the loss of “income.” Thus, prices in the market increase because the prices of their imports also increase, since we have seen that in a scenario of reduction of national inputs, imports have been decisive; but that dynamic continues to make life more expensive for Cubans.

However, also in conditions of no competition, where a single national enterprise monopolizes certain services, as is the case of telephone services, or chain stores with a single person responsible for them, such as GAESA, etc., prices are imposed, “either take it or leave it.” This is precisely what can be seen in recent increases in food prices, which I am not going to dwell on specifically, but it has been like this, for example, gouda cheese was sold in state networks below 30 freely convertible currency and has exceeded the 50 freely convertible currency barrier.

In other words, food prices are high, and I don’t think that controlling them is the efficient mechanism to modulate their excessive increase, but if this is going to be the case, it should start with store prices in freely convertible currency, and then move on to other forms of ownership, because there is a tendency to blame only the markets for free price formation, — which does not mean that they are absolved from the analysis —, and other phenomena such as the hoarders, who arise precisely because of the existing scarcity.

The information regarding inflation offered by the ONEI in its “Consumer Price Index” bulletin for the month of August indicates that in relation to the impact on the monthly variation by consumption division, the three divisions that had the greatest effect on August 2022 were: Food and non-alcoholic beverages (56.39%), Restaurants and Hotels (15.90%) and Transportation (13.54%). If we look at the graph below, the galloping rate of prices is demonstrated:

Given this scenario, the informal currency exchange rate is an indicator that has served as a reference in the face of these price distortions, especially for the non-state sector. It is already known that the State has tried to correct certain distortions in that market through the purchase and sale of foreign currency by Exchange Houses (CADECA), but the volumes offered to the population are insufficient to prevent or mitigate any trend in informal exchange rates.

Why does the population acquire foreign currency in informal markets and in CADECA?

Since there is no Cuban institution that serves as a reference for this informal market, many involved use the exchange rate offered by a media such as El Toque, which, beyond debating whether or not it is solid, until today is the one that exists. And it happens that people have exchanged in the informal market not necessarily at the prices that El Toque offers, but its speculative rates have served as a reference.

I must point out that the exchange rate proposed by the State was taken at a time when the exchange rate offered by El Toque was very similar: 120 CUP for one dollar. In other words, it was how the exchange rate was in the informal market at that time: very far from the existing official rate, which was 24 CUP.

Regardless of the typical speculation of this informal exchange rate, people began to demand more and more foreign currency in recent months, thinking that since the tendency was for the national currency to continue depreciating, one way to protect themselves was to keep savings in a stronger currency, and that was what led to more demand than supply for those currencies. Therefore, an increasingly strong spiral followed, where the national currency depreciated to 200 CUP per dollar. All this is added to the fact that entrepreneurs need to buy supplies abroad given the country’s production limitations, and to the opening of the State so that these actors could import their supplies without many restrictions.

What has happened in the final days of October? The Cuban peso has begun to appreciate against the dollar, reaching a price of 160 CUP per dollar, which may be due to a number of factors, including precisely the speculative; also because the CUP markets are out of supply, and therefore part of the remittances are moving not to the CUP market — except agricultural ones —, but to online purchases, which are appearing vertiginously. It is due, in the same way, to the fact that the income of state workers has been reduced, which means that although they want to acquire dollars or freely convertible currency, these are not enough for them, and that there is diffuse news about future measures to stop the emigration of Cubans.

But what is real is that the economy’s difficulties, instead of improving, have worsened recently, which means that there are not much supply in national currency, and it is even expected that prices will continue to rise, such as pork, which is already selling at 380 CUP per pound. So, if the value of the dollar has dropped, why hasn’t it been reflected in the drop in prices in Cuba?

Many entrepreneurs report having bought freely convertible currency for 190 CUP to carry out certain imports. Because of that, their sales prices were related to that rate, therefore, they cannot lower said prices until they recover the cost of the foreign currency acquired to buy their inputs, that is, in those cases there is a time that is not linear. These entrepreneurs are right, but in popular logic it is not understood that, while the informal exchange rate is going down, prices remain the same or increase.

Efforts are being made to resume old measures to control prices or to prevent them from continuing to rise, which even include confiscation and fines for offenders. We must remember that this has already been done, and that if it is done excessively, the market will go underground, the products will be scarce or will not be harvested, as will happen in agriculture. The only effective measure, and time will show, is to untie the knots that continue to affect Cuban agriculture and industry so that the production of goods that the population so desperately needs increases.