The draft of the Criminal Procedure Law recognizes the right of all accused to have a lawyer within 24 hours, if they are detained, and within five days after the complaint, if they are free. 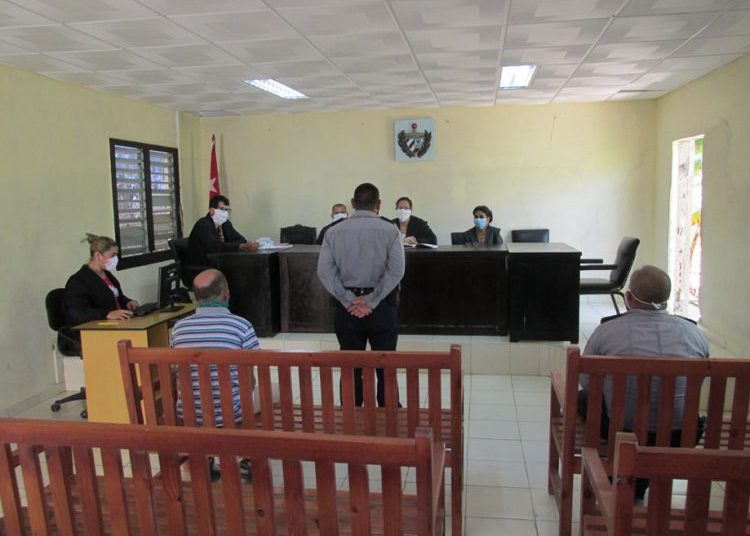 Cuba will begin a judicial reform that includes the debate of deputies and jurists on the draft laws of the Courts of Justice, of Administrative Process, of Procedures Code and of Criminal Process, before their being vote on in the next session of Parliament.

The first of the regulations has the fundamental objective of judicial activity to safeguard the economic, social and political order established in the Constitution of the Republic, said this Thursday the president of the Committee on Constitutional and Legal Affairs of Parliament, José Luis Toledo, reported Granma newspaper.

“On the other hand, it reinforces, in the actions of the courts, the principles of judicial independence, impartiality, transparency and popular control, and it adds others related to constitutional supremacy, effective equality and the binding nature of judicial decisions,” Toledo commented at a press conference.

The draft of the Criminal Procedure Law recognizes the right of all accused to have a lawyer within 24 hours, if they are detained, and within five days after the complaint, if they are free.

According to the jurist, from that moment on, the defendant has the right to appoint a lawyer, propose evidence and examine the file.

“If the person is detained with precautionary measure, provisional imprisonment and does not appoint a defense lawyer, it is proposed that the State guarantee his defense and appoint a public defender for him,” Toledo explained.

Likewise, the regulations include the proposal that the prosecutor and the accused can agree to a sentence and if both express agreement with the accusatory conclusions, and the court ratifies it, there would be no more procedures to pass sentence in the judicial process, the source indicated.

On the other hand, the draft law on the administrative process gives citizens greater possibilities so that they can defend themselves, in judicial headquarters, from actions or silences of the administration, which they consider have caused damage to their rights.

Toledo specified that the regulation defines which acts may be subject to lawsuits and who are excluded by this procedure.

The draft of the law on the code of processes seeks to integrate, in a single law, the procedures to resolve claims in civil, family, commercial, labor and social security matters, said the parliamentary leader.

According to Toledo, these regulations reinforce the protection of people in vulnerable situations, for which purpose sufficient powers are conferred on the court to adopt reasonable adjustments, at any stage of the procedure.

It introduces the use of information and communication technologies to carry out judicial acts, and “provides for the reduction of procedural deadlines to the extent that the urgency of the matter warrants, with the purpose of adopting an expedited judicial decision,” he clarified.

It also includes divorce by mutual agreement and the homologation of extrajudicial agreements reached by people by themselves or through alternative methods of conflict resolution.

The president of the Committee on Constitutional and Legal Affairs of the Cuban Parliament assured that the four drafts include “the most modern in judicial and investigative practice,” and have been prepared on the basis of constitutional principles and guarantees to the population.

According to the legislative work program, approved by the president of the National Assembly of People’s Power, Esteban Lazo, the consultation process on the reforms will be carried out in a term of 20 days, with the participation of all the deputies, the Agencia Cubana de Noticias news agency reported.