In addition, this Sunday the island again reported 14 deaths in one day, with which the death toll from COVID-19 now stands at 223 in the fifth month of 2021 and 877 throughout the pandemic. 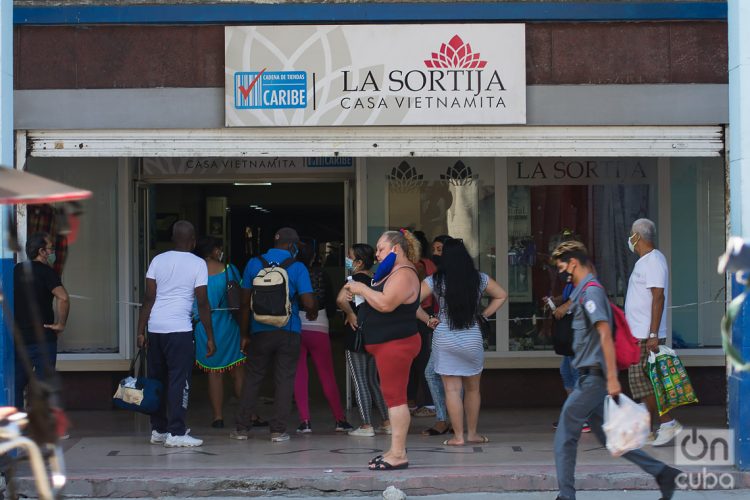 In addition, the island once again reported 14 deaths in one day, with which the death toll from COVID-19 now stands at 223 in the fifth month of 2021 and 877 throughout the pandemic.

At the current rate, May will leave behind last April, which until now is the month with the most cases and deaths recorded from the infectious disease.

Now, the country has 133,053 patients detected since March 2020, of which 125,236 have recovered—although not exempt from aftereffects—with the 1,216 patients discharged yesterday.

This Sunday, 28,817 people remained hospitalized due to COVID-19, of them 4,377 were suspects, 17,556 were under surveillance and 6,884 were confirmed active cases. Of the latter, 6,743 have a stable clinical condition, while 141 are being treated in ICUs: 48 in critical condition and 93 in serious condition, according to the Ministry of Public Health (MINSAP).

As for the 1,221 new cases, these were detected after performing 22,430 PCR tests. A total of 1,178 correspond to autochthonous transmission—of which 1,129 are contacts of already confirmed patients and in 49 the source of infection was unknown—, while 43 were imported from Russia (37) and the United States (6).

By sex, there were 625 females and 596 males, while 557 were asymptomatic at the time of their diagnosis.

Finally, by provinces, Havana registered 618 infections, confirming itself as the epicenter of the disease on the island. Mayabeque (81), Matanzas (73), Santiago de Cuba (69), Camagüey (66) and Cienfuegos (59) exceeded the average of 50 new cases, while the Isla de la Juventud reported a case after a month without autochthonous transmissions.

After the figures reported this Sunday, now the rate of infections in the country in the last 15 days is 153 per 100,000 inhabitants.