The rumors arose from the months-long delay in the delivery of the foods that make up the diets, which are due to problems with the shipment of the products from the ports of origin, explained the head of the Ministry of Domestic Trade. 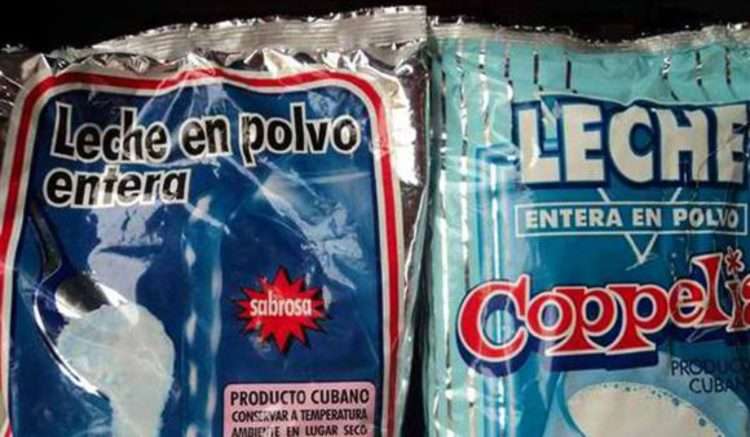 The head of Cuba’s Ministry of Domestic Trade (MINCIN), Betsy Díaz Velázquez, assured the island’s official media that the news that medical diets that are delivered in the country to people with different ailments have been eliminated are false.

The rumors arose from the months-long delay in the delivery of the foods that make up the diets, which are due to problems with the shipment of the products from the ports of origin, explained the minister.

As Díaz Velázquez commented to the Agencia Cubana de Noticias (ACN) news agency, since September, there has been a deficit in imports of powdered milk, which gets to the country from abroad, with which mainly the provinces of Havana, Santiago de Cuba, Holguín, Pinar del Río and Guantánamo have been affected.

Due to this situation, the deficit must be maintained and there will be no imported powdered milk in the coming month of November either, according to the minister, who stated that this is a consequence of the fact that due to the U.S. embargo this product is imported from faraway places such as New Zealand.

The official media added that in October an attempt has been made to ensure milk for children from 0 to 6 years of age, as well as for pregnant women with a medical prescription.

A similar situation has occurred with other products such as chicken and rice, of which the distribution in several provinces has also been affected. For this, “other alternatives” have been sought and in the coming weeks “this problem will be gradually resolved,” explained the minister.

Cuba is going through a severe economic crisis, marked by shortages of basic products and rising inflation, and accentuated by the pandemic and the U.S. sanctions. Faced with this scenario, the island’s authorities have taken a group of measures to increase productivity, which have not yet shown the expected results, and have announced the large-scale reopening of tourism as of mid-November.