José Ángel Portal had a telephone conversation with his Kenyan counterpart, Mutahi Kagwe, in which they spoke about the situation of doctors Assel Herrera and Landy Rodríguez, the Cuban minister wrote in his account on Twitter. 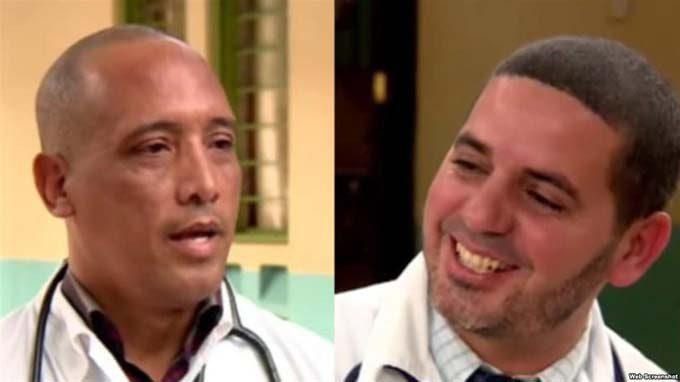 Cuban Minister of Public Health José Ángel Portal affirmed the Kenyan government is working “hard” to guarantee the “safe return” of two Cuban doctors who were kidnapped by suspected members of the Al-Shabaab terrorist group more than a year ago.

Portal had a telephone conversation with his Kenyan counterpart, Mutahi Kagwe, in which they discussed the situation of doctors Assel Herrera and Landy Rodríguez, the Cuban minister wrote in his account on Twitter, Cubadebate reported.

Kagwe also thanked Cuba for its medical collaboration, and highlighted its good results, in particular the doctors’ contribution to the fight against the COVID-19 pandemic, according to the Cuban minister of public health.

Doctors Assel Herrera, specialist in comprehensive general medicine, and Landy Rodríguez, specialist in surgery, were kidnapped in the early hours of April 12, 2019, when the car in which they were traveling was intercepted by jihadist militants in the Kenyan town of Mandera, near the border with Somalia.

In the action, the doctors’ bodyguard was killed. Months later, the driver of the vehicle was prosecuted by the Kenyan authorities for his alleged involvement in the kidnapping of the Cuban doctors.

Although Kenya mobilized the Army and Police to pursue the kidnappers, its troops “failed to provide an effective response to the attack and Al-Shabaab had all day to move the two kidnapped doctors across the border to their areas in Somalia,” as security consultant Andrew Franklin, a former U.S. marine living in Nairobi since 1981, reminds EFE.

The following month it became known that Al-Shabaab had demanded an amount equivalent to 1.5 million USD for the release of the Cubans. The Kenyan government publicly replied that it would not pay the ransom.

“We do not negotiate ransom payments, as a matter of government policy,” said the country’s foreign minister, Monica Juma, during a meeting with the then High Representative of the European Union for Foreign Affairs and Security Policy Federica Mogherini.

Last month, the presidents of Cuba and Kenya discussed the efforts for the release of the Cuban doctors in a conversation.

“I have had a fruitful conversation with the President of Kenya, Uhuru Kenyatta,” the Cuban president wrote on his Twitter account.

Díaz-Canel indicated that during the dialogue with Kenyatta they discussed the state of bilateral relations, the fight against COVID-19 and “the current state of efforts to achieve the safe return to the homeland of doctors Assel and Landy.”

The two doctors are part of a contingent of 100 Cuban doctors who arrived in Kenya in 2018, under an agreement signed between the two countries, to improve access to specialized medical services in the African nation.

Al-Shabaab, which joined the Al Qaeda terrorist network in 2012, controls part of central and southern Somalia, where it wants to establish a Wahhabi-style Islamic state.

Somalia has lived in a state of war and chaos since 1991, when dictator Mohamed Siad Barré was overthrown, leaving the country without effective government and in the hands of radical Islamic militias, warlords and armed criminal gangs.