Of the 700,000 tons of rice the island needs to cover the regulated basic food basket and social consumption, only the “insufficient amount” of 162,000 tons will be produced, the official Granma newspaper affirmed this Tuesday. 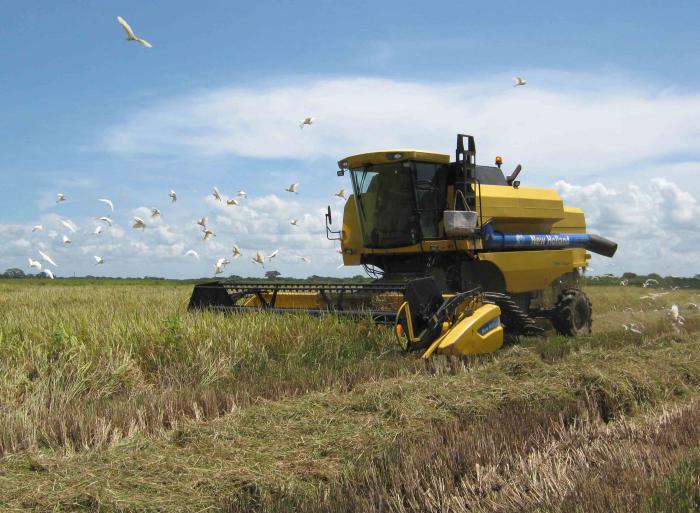 Rice production in Cuba in 2020 will fall far short of the country’s consumption needs, according to projections by the Ministry of Agriculture (MINAGRI).

Of the 700,000 tons of rice the island needs to cover the regulated basic food basket and social consumption, only the “insufficient amount” of 162,000 tons will be produced, the official Granma newspaper affirmed this Tuesday.

Lázaro Díaz, director of the Rice Technological Department, of the MINAGRI Agricultural Business Group, told the publication that rice production has not been as affected by the drought in 2020 as other years, and attributed its poor results mainly to the “strengthening of the U.S. economic blockade.”

Díaz affirmed that Washington’s embargo “particularly affects the grain harvest due to the low availability of fuels for ground machinery and agricultural aviation, the absence of urea fertilizer, and other inputs that affect the industry’s efficiency.”

The executive did not mention any possible effects from the COVID-19 pandemic.

In 2018, the production of rice, one of the main dishes in the diet of Cubans, established a historical record on the island with 304,000 tons, but a year later, despite the fact that the projections “previewed a successful campaign,” the figures fell to 246,700 tons.

Now, and after increasing the planting levels in the spring season, “using nationally produced resources,” MINAGRI expects total rice production for domestic consumption to reach 162,965 tons, while delivery to the Ministry of Domestic Trade will be 104,000.

This decrease with respect to previous harvests and the consumption needs of the country, has made the product disappear from the liberated markets, in which prices have been capped by the government, and its demand and its value has multiplied in the informal market.

However, Díaz explained that with the new projection of the rice program until 2030, it is estimated that the national production will contribute about 600,000 tons to domestic consumption, which would represent 86% of the annual rice demand. This would represent, according to the authorities’ calculations, more than 3 million dollars in substitution of imports and a saving for production of more than 1.15 million in the decade.

Earlier, as of 2025, MINAGRI expects to produce 550,000 tons, thanks to investments already made and planned in agricultural machinery, implements, the drying industry, milling and transportation.

In addition to this, Cuba will receive, through the Large-Scale Non-Reimbursable Financial Cooperation of the Government of Japan, “a group of equipment worth ten million dollars, which will allow raising this product’s yields,” among which Granma lists 199 tractors with a rotovator, 46 self-propelled transplanters, 42 mini-harvesters and 41 sowing machines with a tray system.

In addition, according to Díaz, this year Cuba will also benefit from the Vietnamese means and equipment worth 20 million dollars, as part of a cooperation project between the two countries.