The prohibition applies to the Cacique and Mayabe brands and is part of the measures taken by the authorities of Cabaiguán, in central Cuba, for the end of the year, with the aim of “avoiding their being diverted and thereby increasing the people’s satisfaction levels.” 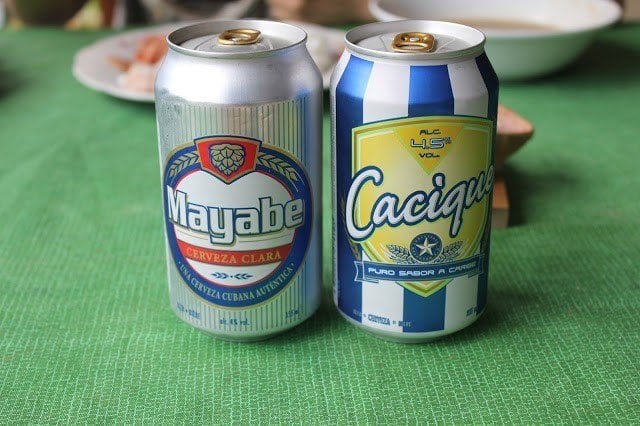 The Cuban beers Mayabe and Cacique, two of the cheapest and most demanded in Cuba. Photo: todocuba.org

The authorities of the Cuban municipality of Cabaiguán prohibited the sale of the Cacique and Mayabe national beers as part of the measures taken for the end of the year in that territory in the center of the island.

Carlos Puente, vice president of the government of Cabaiguán, assured the local radio station that this kind of beers can only be sold “in state units,” while it was decided “to ban their sale in paladares (private restaurants) and private cafes.”

The official said that the measure has the “fundamental purpose” of “avoiding their being diverted and thereby increasing people’s satisfaction levels.”

For his part, Rubén Lóriga, director of the Commerce and Gastronomy Municipal Enterprise, explained that “according to executives of the Ministry of Domestic Trade,” the commercialization of beers “will be prioritized for suppers for the population, amusement parks, terminals and boarding points for passenger transportation and accommodation units,” which will also apply to “soft drinks and other beverages,” which are not specified.

The press report does not mention other Cuban beers, such as Cristal and Bucanero, which are sold in convertible pesos (CUC) in retail stores and state gastronomic establishments, which suggests that the ban does not apply to them. The same goes for imported beers.

Cacique and Mayabe beers are marketed by the State in the so-called national currency (CUP), and are cheaper than Cristal, Bucanero and foreign brands. Therefore, they tend to have a high demand from both individual clients and the “self-employed” who then sell them at a higher price in their restaurants and cafeterias in the absence of a wholesale market.

However, this situation does not occur only with these brands, but with all the beers, one of the most demanded products by Cubans. They are periodically in short supply in state establishments and are usually subject to “deviations” towards the market black.

The Radio Cabaiguán note does not specify when the prohibition will take effect, and reported that as part of the measures for the end of the year, as of December 27 the rationed family basket corresponding to January will be offered, while “non-rationed” products, such as rice, peas (five pounds per customer) and beans will be sold in the retail network as of next December 20.

Although there are no known reports of other similar bans, measures such as these are likely to also be taken in other regions of the island, including major cities, during the end of the year activities, with the objective of maintaining state control over high demand products in difficult times for the Cuban economy.

In recent months, as part of a group of economic measures taken by the island’s government, a limit had been established for the maximum prices of a group of products for sale by the private sector in different parts of the country. Beer is one of those products.