The Ministry of Public Health reported seven new infections. Five patients were discharged and two were reported in serious condition. 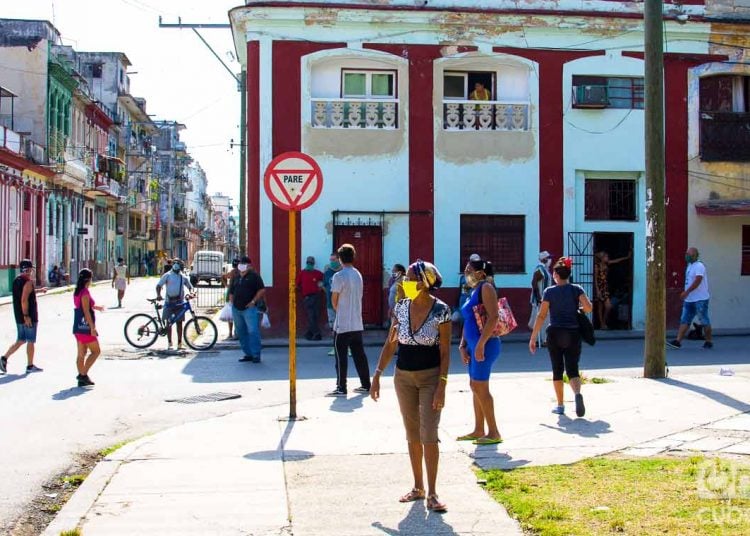 Four of today’s seven positive cases acquired the SARS CoV-2 virus in Mexico and Nicaragua. The rest were in Havana, in the municipalities of Cerro, Centro Habana and Habana del Este. Photo: Otmaro Rodríguez

Four months after the first COVID-19 cases were reported in Cuba, the health authorities reported the death from this disease of a 68-year-old man residing in Havana. The death toll now stands at 87.

Meanwhile, there were 7 new positive cases, two of them had contact with confirmed cases; the origin of the infection is unknown in one individual, while four acquired the SARS-CoV-2 virus abroad.

Those who acquired the disease abroad were a 52-year-old woman from Havana, a 41-year-old from Villa Clara and a 60-year-old from Santiago; all three came from Mexico. The other patient was infected in Nicaragua: a 49-year-old woman, resident in Havana.

The rest of the new positive cases were reported in Havana, in the municipalities of Cerro, Centro Habana and Habana del Este.

Men predominated over women (4-3) and four were asymptomatic.

As of midnight on July 10, 288 patients were hospitalized and 233 people were under primary healthcare surveillance.

Let’s be grateful children! Let's be bridges of love!