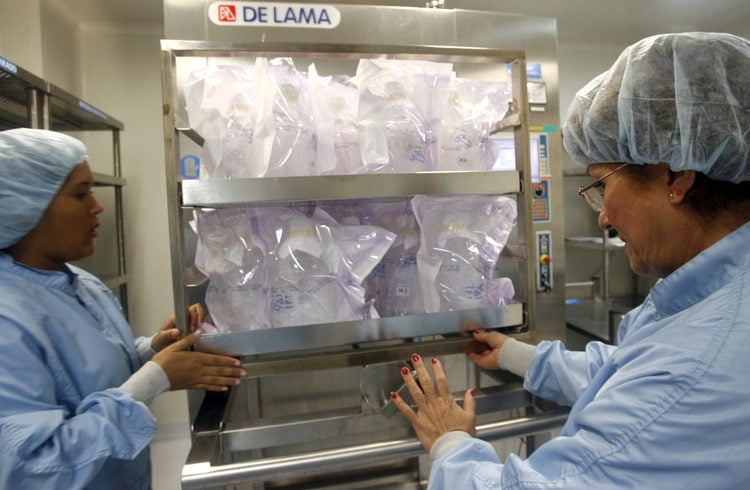 It’s called TERAVAC-VIH and is currently in the phase of clinical trial on human beings. It is the project for the vaccine against the Human Immunodeficiency Virus (HIV/in Spanish the acronym is VIH), in which scientists from Havana’s Genetic Engineering and Biotechnology Center (CIGB) have been working for several years.

Its advances were presented in the first International Congress BioProcess 2017, which gathered until Friday February 24 in the city of Camagüey researchers and academicians from some 10 countries.

Yayri Caridad Prieto, member of the CIGB team working on the vaccine, explained to the press that although it does not cure the disease it does show signs of efficacy. According to the researcher, until now it has been tested on nine patients, who did not present adverse or toxic effects.

The Cuban therapeutic vaccine seeks to reduce the viral charge in patients with HIV and have a favorable impact on the quality of life of the sufferers.

“The objective is to be able to replace the tripartite therapy which consists in the combination of several methods that prevent the development of HIV, of great effectiveness because the retroviral inhibitors block the expansion of the virus, but can cause collateral damages and in some cases makes it necessary to suspend the treatment for some time,” Prieto commented.

The application of the TERAVAC-VIH is simultaneously done by intramuscular means and through a spray that penetrates the mucus. The studies carried out in animals and persons have demonstrated that with the vaccine the immune response of the organism is strengthened and the viral charge decreases in the CD8 cells, which have a defensive function in the face of the infection.

However, the CIGB researchers prefer to not create false expectations and specify that the vaccine is a project that will take several years of research. To validate that it meets its goal higher clinical trial phases are still necessary, which should involve a greater number of seropositive persons.

In the next phases, the TERAVAC-VIH’s efficacy must be proven on a higher scale and the results will determine the continuity or not of the project.

A previous presentation of the vaccine took place in 2012 in the Havana International Congress of Biotechnology. At the time the authors announced that it had been developed through genetic engineering techniques based on a recombinant protein.

Ever since the discovery of HIV and the declaration of the AIDS pandemic scientific teams from all over the world have tried to find a solution for the disease. In recent times, studies by European and U.S. researchers have obtained promising results.

In Cuba, the studies of a candidate vaccine date back to the 1990s. In addition, a successful government program to avoid the disease’s contagion has been organized.

The World Health Organization (WHO) in 2015 declared the island as the first country in the world that has been able to eliminate the transmission of the virus from mother to child. The transmission of HIV through the blood and its derivatives is also considered virtually eliminated in the country.

The first HIV case in Cuba was detected in 1985. Since then more than 26,000 infected persons have been diagnosed, according to the National Program for the Prevention and Control of Sexually Transmitted Diseases STD/HIV/AIDS.

Seventeen percent of the Cubans infected with the virus since its detection on the island have died and at present more than 17,000 receive antiretroviral treatment, according to the Ministry of Public Health.