"The Committee proposes deferring the concept of marriage, that is, to leave it out of the draft Constitution as a way of respecting all opinions."

EFE
in Gender in Cuba
0 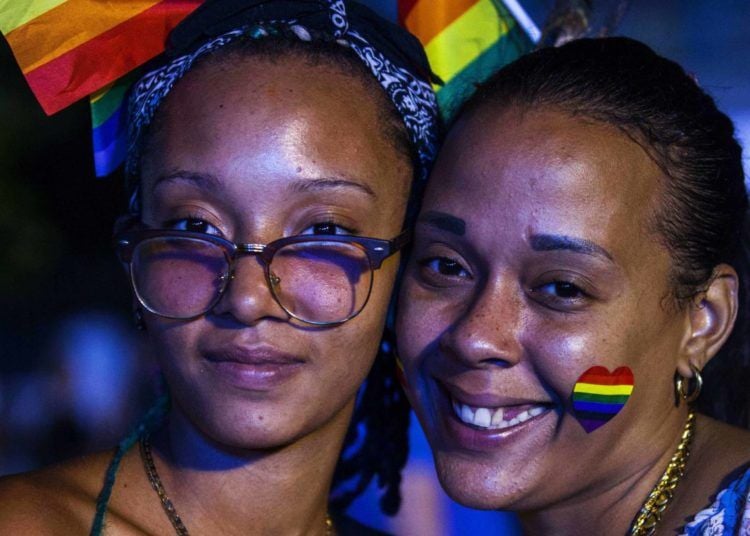 The committee preparing the draft of the new Cuban Constitution modified the article that opens the door to egalitarian marriage, after detecting the opposition to this issue during the popular debates on the reform of the Magna Carta that have taken place in the last three months.

“The Committee proposes deferring the concept of marriage, that is, to leave it out of draft Constitution as a way of respecting all opinions. Marriage is a social and legal institution. The law will define the rest of the elements,” the Cuban Parliament reported on its Twitter account.

The initial proposal was to modify the concept of marriage that appears in the current Constitution (1976), where it is defined as the union between a man and a woman, a meaning that was proposed to be replaced by “the union between two people with legal capacity for it,” without specifying gender.

This change was announced during the meetings of the committees prior to the plenary session that the National Assembly will hold next Friday and in which it is expected that the constitutional draft will be put to the vote, with the incorporated proposals made by the citizens during the process of the text’s debate

According to the Assembly’s account on the aforementioned social media, the new Constitution “incorporates a chapter only for the family, where the legal and de facto bonds are recognized, and the right of each citizen to found a family, without distinction of his, her nature.”

Through this means, the Cuban Parliament also specified that “those who can be subject to marriage should be established in the Family Code” and that a popular consultation and referendum will be held “within a period of two years from a proposal of a transitory disposition collected in the draft itself.”

The constitutional amendment that endorsed a future law on same sex marriage had opened an intense debate in Cuba, with intense campaigns in favor by the LGTBIQ group, but also opposed by the Catholic Church and the evangelist churches, a cult that increasingly has more followers on the island.

According to the report given to the deputies by the secretary of the Cuban Council of State, Homero Acosta, that article (number 68 of the constitutional draft) was the one most dealt with in the popular consultation, since it came up in 66% of the meetings.

A total of 192,408 opinions were collected, of which 158,376 proposed “replacing the proposal with the one currently in force” (the definition of marriage as the union between a man and a woman).

The draft of the new Constitution will be voted on in the National Assembly of People’s Power this Friday and once approved it will be submitted to a referendum on February 24.

The proposed text, which does not incorporate modifications to the political system, recognizes private property, eliminates references to communism and establishes the figure of prime minister, among other changes.

The constitutional committee that drew up the initial draft and has modified it by introducing some of the proposals made by Cubans during the popular debate, is headed by the former president and leader of the Communist Party of Cuba, Raúl Castro.

Hours later, Deputy Mariela Castro Espín published a post on Facebook, where she regrets that “unfortunately the message tweeted by the legislative body mutilated the new proposal and with an inappropriate approach launched into the ring what many people are interpreting as a setback.

“…the new formula sustains the essence of the previously proposed article (68), since it erases the gender and heteronormativity binary with which marriage was defined in the 1976 Constitution. The variation in the new proposal lies in the substitution of ‘persons’ for ‘spouses,’ an issue that maintains the possibility that all people can have access to the institution of marriage,” Castro Espín clarified after the National Assembly published on Twitter a message that implied that the article would be removed from the draft Constitution.

Castro added that the new proposal “places de facto unions as a novel element, without binding them to any gender; this figure, in the long run and according to statistics, is the most used in our society.” And she affirmed that they have not given in to the “fundamentalist and retrograde blackmails” that have expressed rejection of this change and have put pressure for it to not be made.