The so-called "tsar of the reforms" also said in the island’s National Assembly that the wholesale market for private workers "is not resolved, and there is no solution in the short term." 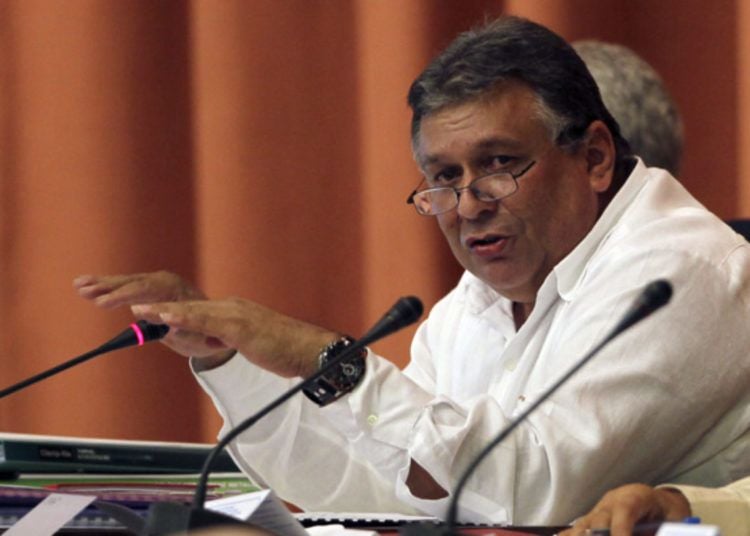 Cuba “is working at a fast pace” to conclude a design for the monetary and exchange unification, affirmed this Sunday Marino Murillo, former Minister of Economy and head of the committee for the implementation of the “Guidelines” approved by the Communist Party of Cuba (PCC) as a guide for the economic and social reforms on the Island.

Murillo, known as the “tsar of the reforms” and who is no longer a member of the Council of Ministers, confirmed during the sessions of the Economic Affairs Committee of the National Assembly of Cuba that “in this process the CUC will be withdrawn [convertible peso equivalent to the dollar] and the Cuban peso (CUP) will remain,” although he did not advance any date for the conclusion of the process.

He affirmed that the elimination of the monetary duality – a process announced since 2014 – is one of the “main problems to be resolved” on the Island, together with “the transformation of the population’s income system,” which includes the wage reform and the modification of retirement income and social assistance, and “resolutely facing the elimination or partial reduction of excessive subsidies and unnecessary gratuities.”

He said that “we are working integrally” on those problems and that “they will be resolved in due course.”

Murillo also announced that in the first quarter of next year Cuba’s “current business structure” will be evaluated, in particular the situation of the Higher Organizations of Business Management (OSDE), about which he said they “have become ‘mini-ministries,’ some hindering the independence of the companies and with excessive payrolls.”

He affirmed that the socialist state-owned company, which currently represents 86% of the budgetary income in Cuba, is “the main link” of the Cuban economy and he referred to “new approved policies,” among them the definition and creation of high-tech companies, the creation of a new OSDE for recycling, and the improvement of passenger transportation by private workers, one of the most controversial issues these days on the Island.

In addition, Murillo announced to the deputies that the new legal norms for non-agricultural cooperatives “are in the final phase of approval” and assured that the wholesale market for non-state workers – a systematic claim of the “self-employed” – “is not resolved, and there is no solution in the short term.”

“You cannot raise expectations regarding the wholesale market, because the first priority of the plan is to better supply the retail market,” he explained.

New regulations for autonomous work in Cuba came into force on December 7. The regulations were modified at the last minute to soften some of its most controversial aspects and reverse others, such as the limitation to a single license per person or the restriction on the capacity of private restaurants or “paladares” to only 50 seats.

However, the announced changes did not resolve other requests such as the wholesale market, whose absence forces the “self-employed” to buy their goods in the insufficiently stocked retail stores or on the black market.