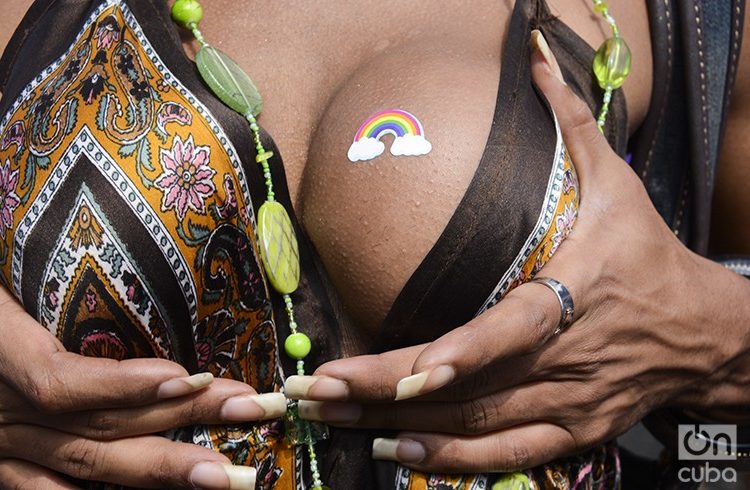 Lesbian, gay, transsexual and bisexual Cubans marched alongside friends, family members and supporters down the streets of Havana on Saturday, in the eighth Annual March against Homophobia and Transphobia.

Although over 1,000 participants may not sound as much in comparison to pride parades celebrated in other parts of the world, the figure is quite large in a country where these kinds of public displays were out of the question until recently.

The National Center for Sex Education (CENESEX), directed by the daughter of President Raul Castro, Mariela Castro, has played a major role in this change.

To the beat of conga drums, people of all ages marched down 23rd Street – one of Havana’s main arteries – waving rainbow-colored banners, and shouting slogans and holding signs demanding for a more inclusive society.

Although the Cuban LGTB community has managed to attain unprecedented achievements over the last few years, they are still object of discrimination