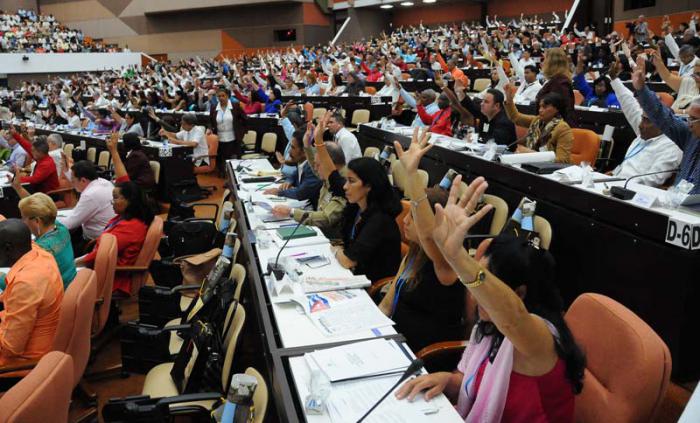 The Cuban National Assembly of People’s Power convened its first regular period of sessions of the year for July 18 to 21, when it will review the Draft of the reform of the Constitution and it is also expected to announce the new Council of Ministers.

The Assembly is thus opening its Ninth Legislature, the first to be held under the presidency of Miguel Díaz-Canel after he was elected as the first post-Castro president in its constitutive assembly last April.

According to the call published in the official Cuban media, the Parliament’s 100 Standing Working Committees will meet July 18-21 to study the Draft of the Constitution of the Republic.

On Saturday July 21, the Assembly will hold its first plenary meeting of the year, out of the two traditionally convened in July and December.

It is expected that together with the analysis of the process of reform of the Constitution (1976), which started last June 2 headed by former President Raúl Castro, the MPs will find out about the state of the economy in the first semester of the year.

In addition, as Díaz-Canel announced in April, the composition of the new government will then be made known.

The current Cuban president decided to keep the cabinet appointed by Castro for a few more months and postponed the formation of his new Council of Ministers until the first regular session of Parliament in 2018.

The Cuban National Assembly is made up by 605 members whose average age is 49 and which has a majority of women (53.22 percent), making it the world’s second parliament with the biggest women’s representation.