Records of these three Cuban artists were included by the prestigious American magazine among the 50 best Latin albums of the decade. 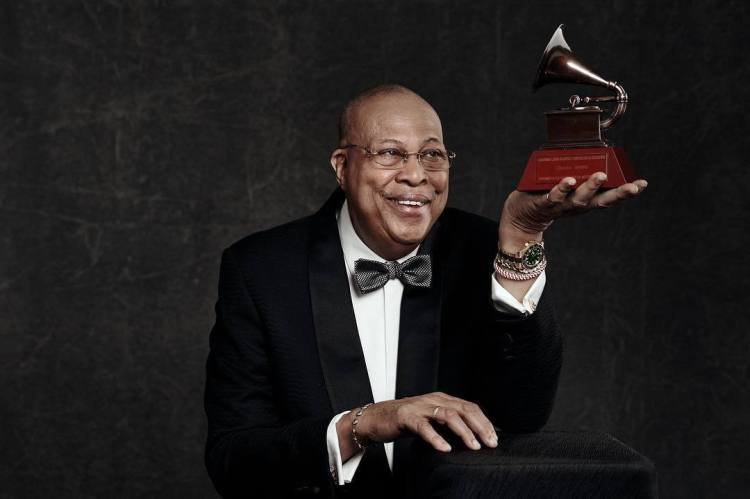 Records of three Cuban artists were included by the prestigious Billboard magazine among the 50 best Latin albums of the decade. Chucho Valdés, Cachao López and Haydée Milanés―in a duo with her father Pablo―were selected by the American specialized publication as part of what it classifies as “Latin music’s big comeback.”

Chucho entered the list thanks to Jazz Batá 2, a 2018 album with which he recently won his fourth Latin Grammy. Dedicated to the centenary of his father, the great Bebo Valdés, this album traces “the steps of African religious ritual’s journey into popular Cuban music, conjuring ancestral spirits, but also those of progressive jazz greats,” Billboard highlighted in the note on the list, in which the albums are organized according to the year of their release.

“With the ease and confidence of his stature, Chucho brings to the fore the timeless grace and continuous innovation that marked his father’s career, and has characterized his own artistic output,” adds the publication on this album by the founder of Irakere, who already has in his catalog the Latin Recording Academy’s Award for Excellency, among many other awards.

For his part, the late Israel “Cachao” López was included for The Last Mambo, an album that appeared in 2010, two years after the death of the legendary double bass player. The album also includes a successful Cachao concert, recorded in Miami in 2007, when he was 89 years old, and whom the magazine qualifies as “a brilliant and innovative artist with uncommon grace.”

Together with the master of the mambo and jazz, other Latin musicians of several generations shine, among them Cándido Camero, Alfredo de la Fe, Dave Valentin and Jimmy Bosch, an element also considered by Billboard in its selection.

Finally, Haydée Milanés deserved the publication’s vote for the double album Amor-Amor Deluxe, in which she reveres the work of her father, the notable singer-songwriter Pablo Milanés.

In the first album, Haydée makes a duet with Pablo interpreting his classics such as “Para vivir,” “Ya ves,” “El breve espacio en que no estás” and the one that gives its name to the album. Meanwhile, the deluxe version is accompanied by figures such as Omara Portuondo, Pancho Céspedes, Fito Páez and Joaquín Sabina, to assume other unforgettable songs.

From this last album, Billboard highlights the “exquisite” version of “Yolanda” with Omara Portuondo and a “stirring” “La Vida No Vale Nada” with Lila Downs. With this, the magazine ensures that a group “beautifully framed by acoustic arrangements” is achieved, to produce “a purely felt work of heart and soul.”

In the list of the 50 best Latin albums of the decade, Diego El Cigala also stands out with Indestructible (2016), an album that “passionately connects” the musical traditions of the Americas and Spain, and has the collaboration of Cuban pianist Gonzalo Rubalcaba; the Puerto Rican duo Calle 13 with its anthological album Entren los que quieran (2010); and the Dominican star Juan Luis Guerra with Todo tiene su hora (2014), considered by Billboard “a must-listen for anyone who wants to understand the scope of tropical music.”