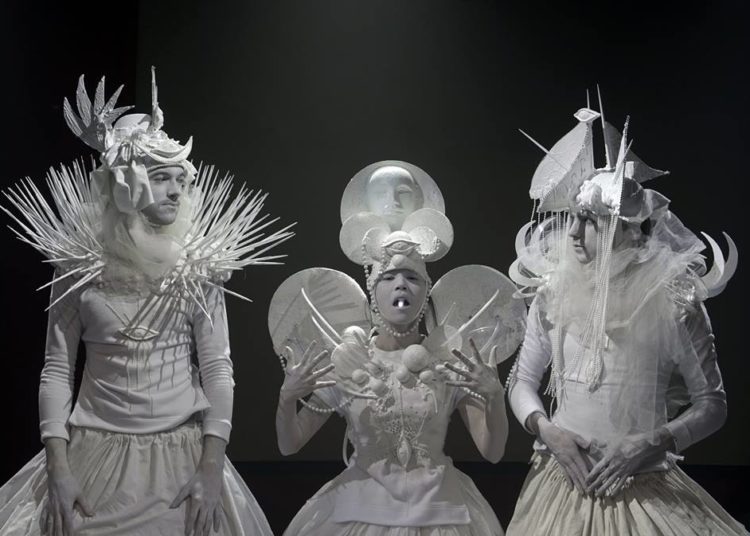 Fábrica de Arte Cubano (FAC) will dress up this February as Vestiphobia, a fine and experimental New York vision of fashion that has come to collaborate with Cuban artists in the creation of alternative clothes that question the so-called ready-to-wear line that has invaded the world.

The initiative is being boosted by three New York creators: Willard Morgan, Uta Bekaia and Steve Fagin under the wings of Ideal Glass.

Morgan, creator of the Ideal Glass Gallery, has a long relationship with Cuba. The U.S. artist has participated in events like the Jazz Plaza Festival and the International New Latin American Film Festival, and is a founding member of the No-Budget Gibara Film Festival.

In essence, the Morgan-Bekaia-Fagin trio landed in Havana with a four-act extravaganza show that “surgically cuts pieces from dance, performance, sculptural wardrobe, cinema and music” and in which clothes will be the star.

According to its organizers, Vestiphobia focuses on that contradictory nature of dressing not only as a need but also as “a luxury, a shield and even a weapon.” The show combines experimental fashion, video art, music, dance and autobiographical narrative to entertain and enrich our understanding of clothes throughout time.

Grettel Carbo, the producer of Vestiphobia, began this collaboration with Fábrica de Arte Cubano taking in account the conditions of this artistic, varied, open and totally dynamic space with access to a local and international public mainly interested in music and visual art.

Thus, from February 13 to 22, always from noon to 5:00 p.m., FAC will be the rehearsal place for Vestiphobia with the cast and technical team from Cuba and New York. The public will have access starting February 19 to see the entire process of the show.

The show will be performed in the Section 3 of the installation from February 23 to 26. Clothes by young Cuban designers, by art director and designer Uta Bekaia and designer Margarita Mileva, both from New York, can be appreciated there. The pieces will be made in the sculptural wardrobe workshop of the Galería Taller Gorria, located in Old Havana, in a workshop totally open to the public between February 13 and 22.

But Vestiphobia will be much more. Those who approach the project will also enjoy an exhibit of documentaries, video art and biographical films, curated by producers Berta Jottar and Willard Morgan. These materials explore fashion from its manufacturing line to its poetic and cultural meaning.