The platform, created and managed by Fábrica de Arte Cubano, seeks to enter the world of crypto art to promote Cuban art. 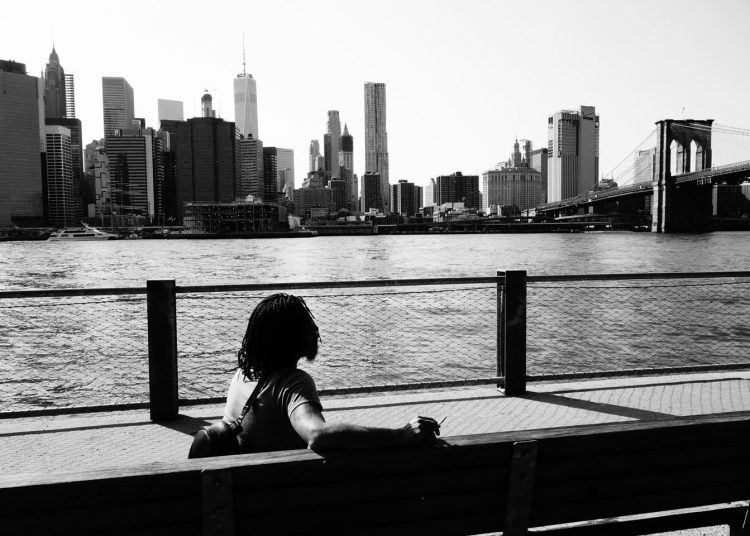 New York-Habana, the first NFT created by X Alfonso to raise funds for what will become nft.FAC. Photo: Facebook.

There are infinite paths to travel in the world of art, although sometimes it seems that “everything has already been invented,” as some say.

With the new times, for creation, the field of art has managed to expand beyond the physical space, even managing to coexist in perfect harmony with more traditional and established environments.

In this sense, the Non-Fungible Tokens (NFT) seem to have come to revolutionize the art market as we know it, although there is still a long way to go for this new artistic modality and platform that seeks to strongly insert itself in the sector.

Cuba has already been taking its first steps in this direction, beginning with photographer Gabriel Guerra Bianchini, the first to put an NFT on the market for sale, a practice that comes to Cuba this year in the midst of so many difficulties caused by the coronavirus; not only in the economy and health: also in the world of art.

Fábrica de Arte Cubano (FAC), one of the spaces of constant innovation in artistic matters thanks to the effective leadership of X Alfonso and his team, seeks with nft.FAC, to create a platform to insert young artists into the world of NFTs, taking advantage of the existing talent on the island in digital art, and to give a little movement to the Cuban art market, which needs it much.

In this regard, Rosemary Rodríguez Cruz, one of the curators of the project, commented to OnCuba that “the nft.FAC platform is a consequence of FAC’s constant attempt to take the pulse of Cuban art and put artists of all manifestations, and of several generations, to dialogue in the same place; thus we join this rather novel and innovative path that makes the mega-visualization of art possible.”

For this reason, “we are committed to this renovating opportunity to show—digitally—Cuban artists who work today in Cuba and who, during several months of confinement, have been almost 100% immersed in their creations, but without exhibitions nor presentations and who find in these platforms the way to reach, immediately, a greater number of recipients, consumers and possible collectors.”

To start giving shape to this initiative, X Alfonso himself will release a total of five works (two already published), the funds of which will be used to initially finance the platform, “pay the taxes charged to artists when the works are placed on these platforms. It is designed for artists who do not have this possibility, either due to money, connection or lack of resources. This would be the meaning of the nft.FAC,” according to what X tells OnCuba.

The first piece to be exhibited was New York-Havana, “a high-resolution digital photo of 30315 × 10059 pixels. They are two photos of the two cities taken at different times: one in New York—from Brooklyn to Manhattan—and another taken from Morro Castle to the unique view of Havana, joined by digital edition, worked on video with original music, becoming an NFT of 4:30 [minutes]. These are two cities that have many ties, from music, art to their people, separated by ideologies and united by nostalgia,” says the musician and audiovisual producer.

At first, “the curators of our galleries are linked right now to the platform, and as the main advisor, Gabriel Guerra Bianchini; as the platform matures and expands, we plan to link it with more Cuban art specialists,” says Sandra Lopes, communication director of FAC.

Although this first call is limited only to Cuban artists without age limits, “we will not close ourselves to the possibility of one day expanding this platform to artists residing abroad; our immediate objective will be to support Cuban artists. What we do want—as a cultural center of reference—is for other cultural centers and cultural agents to follow our lead and be able to do the same in their countries,” the specialist added.

“A great advantage,” says Rosemary Rodríguez, “is the greater presence of artists who have historically worked with digital art and who only had a few moments of presence in digital art rooms, in the contemporary art room, or in specific exhibitions; and that they now have the opportune and constant place to present their art.”

Physical or virtual space, why choose?

There are many advantages, from an artistic point of view, that works created within digital art have. “I think that the advantages, above all, tend to favor the subject of the visualization and promotion of art. This, although it seems science fiction for many, is one more mechanism within the History of Art itself, in which most creators will gradually enter, but like any new subject it requires that it not be feared, that it be studied, understood and then gain experience,” says Rosemary, a graduate in Art History.

“The Nfts,” she explains, “will foster new groups of transdisciplinary creation that, in the Cuban case, will give incredible results. I can imagine when they come together to create an archive: choreographers, dancers, designers, musicians, visual artists…phew, that will be a bombshell! At the same time, the market places and platforms that are already legitimized enable dialogue between artists from any corner of the planet and the emergence of many future projects.”

“The call is open to artists who, for various reasons, or through their own means, have not been able to access these platforms. For a long time, originality (as a novelty) was erased as a premise, so we look for artists whose creations provoke sensations, questions, searches,” Rodríguez Cruz affirmed.

Of course, the existence of these spaces does not imply at all a disappearance or uprooting of the tangible work of art in a physical space; nor is it the purpose of the NFTs. “For us (as FAC) they [the NFTs] do not suppose at all the death of the work of art in the physical space; we simply always seek to be at the forefront of all the arts and we believe that all Cuban artists should have the possibility to access this new branch of visual art and grow, without any other limitation preventing them from doing so,” explains Lopes, who is in charge of the communication of the space and is another of the architects of the platform.

For her part, Rosemary points out: “I believe that the physical work will not die, nor the concepts that support its exhibition in our usual space at FAC. I believe that nft.FAC is like a son of the ‘Fábrica,’ from which we will receive feedback and whose management will always be under the premise of embracing all good art.”

“The NFTs —from their beginning, and now more than ever— are also promoting the creation of communities and brotherhood between artists, curators, collectors, whether in social networks, groups, in applications where everyone shares their experiences and advises those who are starting. If social networks are an indissoluble part of the promotion of many creators, now these communion platforms from NFTs come to crown and join the promotion, at a macro level,” says the art specialist.

That will undoubtedly be one of the benefits of nft.FAC: establishing points of contact and links between artists of all manifestations, following the spirit and the premise for which the Fábrica de Arte Cubano was created, while, on the other hand, it will allow a little more democracy and autonomy for artists in the complex art market, an area in which there is still much room to explore.

In this regard, Alfonso affirms that “it is a new way of visualizing Cuban artists in a practically new and futuristic market, a faster way to reach collectors or people who like digital art, also because it moves in the world of cryptocurrency, also called virtual currency or digital money.”

This new economy has been strongly catching on in the country, especially in these times of uncertainty due to the COVID-19 pandemic and, in the case of NFTs, “it breaks the conventional rules and, to avoid any prohibition, FAC’s initiative to open this platform is also due in part to the real situation that is being experienced in our country [Cuba] and worldwide due to the pandemic, and because we have to keep up with the times and adapt to the changes offered by technology,” the artist specifies.

“Another gain,” according to Rosemary, “is that the process of generating an NFT provides permanent security on the authenticity of the work, both for the artist and for the potential buyer,” while in terms of sales, market and disclosure, “this marketing channel transparently shows the prices of the works, the results of the auctions and even the user or name of the buyer.”

And she clarifies: “As a gain, there is also the inclusion of collectors or people who never usually acquire a two-dimensional and tangible work and who, out of desire, fashion or presumptuousness, venture into marketing. The great thing—although utopian—would be that the art market, be it the traditional one or this new form, have a place within the national framework as well.”

In short: a lot to gain and almost nothing to lose with this initiative. “First (we would win) in the visualization and promotion of the artist by entering a world market with thousands of artists of all nationalities: another way to earn a living selling their art and at the same time being within a platform where you can add followers and be in contact with other creators,” Alfonso explains.

This kind of window will also bring more transparency in terms of prices and quotation of art in this digital world. “The traditional market does not publicly offer—except in historically legitimate auctions—the amounts of the sales, nor the reserve prices of the works,” Rosemary explains.

For her part, Sandra Lopes said that “FAC has always been characterized by being like a living being, always mutating, adapting, so this will be a branch that responds to our essence: ‘All the Arts in the same Space’ only that in this case, we will travel to a virtual space,” which is not the same but (apparently) will be the same.