In his daily press conference, Dr. Francisco Durán referred to the subject again and warned of the need to understand that “there has been a change in the behavior of the disease. Now the virus is more aggressive.” 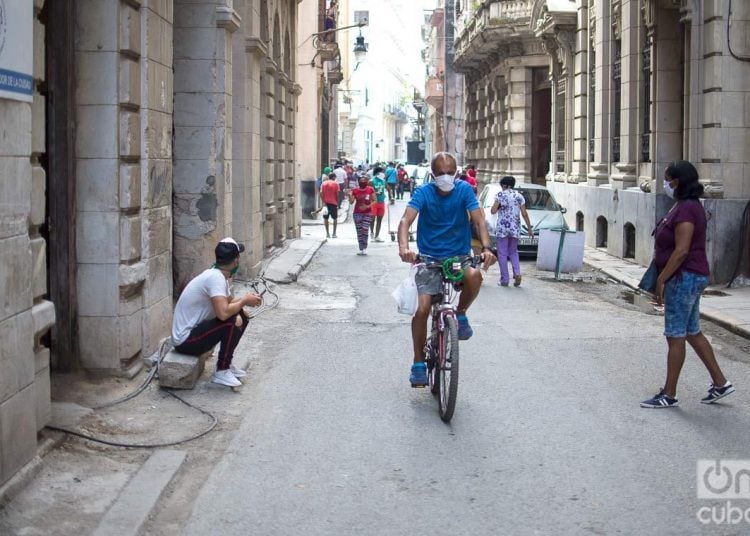 The Ministry of Public Health (MINSAP) reported an increase in deaths caused by COVID-19 in Cuba, 10, for this Tuesday, the day in which the virus caused 988 infections.

The deceased, all men, between 54 and 91 years old, resided in the Havana municipalities of Guanabacoa and Boyeros, five of them in the latter. Also, Rodas (Cienfuegos), 1ero de Enero (Ciego de Ávila) and Jovellanos (Matanzas).

In his daily press conference, Dr. Francisco Durán referred to the subject again and warned of the need to understand that “there has been a change in the behavior of the disease. Now the virus is more aggressive.”

With the 10 deaths of the day, the country has 614 fatalities due to the coronavirus pandemic in almost 14 months of confrontation; 189 occurred in the month that is almost over.

Regarding the 988 infections, 962 are due to autochthonous transmission, 950 were contacts of confirmed cases and 26 were infected abroad, mostly Cuban travelers from Russia, the United States and Spain.

After 21,441 samples were processed, according to the MINSAP, three foreigners also tested positive: one Russian, one American and one Spaniard.

Havana continues to be the territory with the most daily infections, 573, of which 12 were imported. It is followed by Matanzas (95, one imported) and Holguín (110, three imported).

On the contrary, Villa Clara registered one case; Ciego de Ávila three, of which two are imported. The Isla de la Juventud special municipality did not report any cases.

Twelve municipalities (ten from Havana and two from Matanzas) concentrate 42.9% of transmission in the last two weeks, a period in which Cuba has an incidence rate of 140.4 per 100,000 inhabitants.

There were 1,097 discharges, a considerable number, with which 98,536 patients have already.

Until midnight, however, 21,988 people were still hospitalized, there were 5,348 confirmed active cases and 70 patients were still in intensive care, 35 in critical condition and the same number in serious condition.

46.1% of those diagnosed were asymptomatic at the time of their diagnosis.