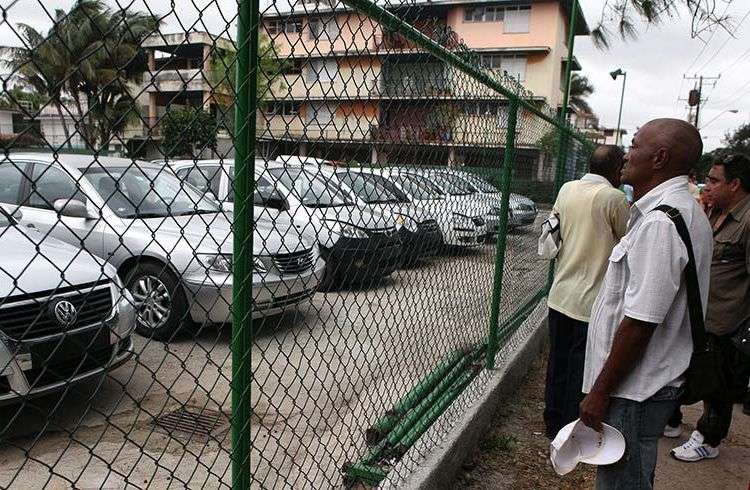 After a moderately prolonged media silence since January and fueled for new comments on all the edges of the national situation, but especially by the enactment of the new foreign Investment Law, this week selling of cars in Cuba made the headlines again.

Seventy-five  percent of revenues and taxes from these sales, will be allocated to a fund for the development of public transport, as explained in the press release, which also specifies that only in the provinces of Guantanamo, Granma, Las Tunas, Sancti Spiritus, and Pinar del Río, these vehicles are not sold.

In September 2011, with the implementation of Decree No. 292 of the Council of Ministers and other complementary ministerial resolutions, the sale or donation of motor vehicles between natural persons residing in the country, and foreign permanent residents is authorized. But retail would remain state regulated and limited to certain “occupational categories.”

More than two years later, with the Decree Law No. 320 of the Council of Ministers, new regulations for the transfer of ownership of motor vehicles, that means, retail was authorized to individuals, with similar prices to recognized in the private market.

Also authorization letters issued by the Minister of Transport lapsed that would only mean to those who had them a priority at the time of purchase.

These changes were due, according to an article in the Granma newspaper, “the low availability of cars, the restriction of this facility to a small group of selected occupational categories and the existence of another market selling at prices several times higher than of the established trading company “situation that generated” disagreement, dissatisfaction and, in many cases, led to this mechanism, besides bureaucratic, became a source of speculation and enrichment.”

The measures, however, generated much discussion in social networks, blogs and in various areas of daily life on the island, especially by the high prices charged for the purchase of new and used cars, according to resolution 543 / 2013 the Ministry of Finance and Prices.

Sales in CUC and CUP: One peso or five pesetas…?

Sport and the World Cup (II)