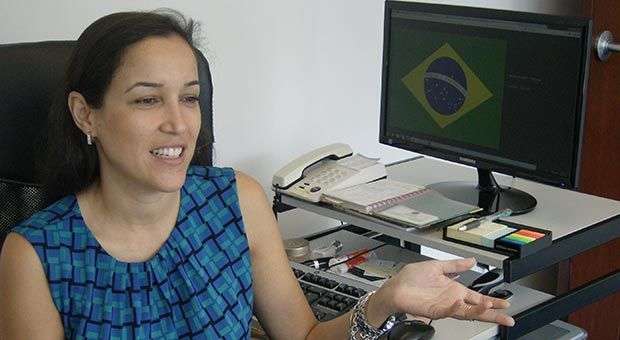 Full guarantees and business opportunities will have foreign investors who want to put their capital in the Special Development Zone of Mariel (ZEDM) given the competitive advantages, including the free transfer abroad of dividends and profits, the strategic location of port, and the special tax regime with tax incentives.

In the formation of this mega project, which expects to attract foreign investment and generate exports, Brazil has played a key role with a credit to Cuba for approximately 900 million dollars.

On the presence of the South American giant in Western Cuba, the business prospects in different areas, and economic relations between the two nations, OnCuba spoke with Talita Lima, head of the commercial section of the Brazilian Embassy in Havana.

The Special Development Zone Mariel is currently one of the most important projects in Cuba for greater economic management. In creating this space Brazil has become the main partner of the Island

How do you see the integration of the South American giant in this project?

I think it’s an excellent opportunity for both countries. The National Development Bank in Brazil has always been very willing to offer high value credits Cuba that tend to create projects that improve economic performance. In this case, my country has made a contribution of $ 900 million, and a good portion is used to purchase services in Brazil or purchase materials to create the infrastructure beyond the Mariel. We are also giving money to repair several Cuban airports.

Recently our Minister of Development, Industry and Foreign Trade, Fernando Pimentel , pointed to the Brazilian Congress comparative advantages of investing in ZEDM , noting that Cuba is in a phase of very rapid economic development , inserted in a process of change . I think it will be very helpful to have in mind that Cuba was discussed in a new Labour Code, which will impact positively on the decision of many companies to come here when the port is ready.

Are there Brazilian companies interested in locating themselves in the Mariel ?

So far we have no knowledge about specific companies, but there are some areas that we want to develop, for example, the pharmaceutical industry and biotechnology. We believe that Cuba is well advanced in these areas, and we expect cooperation through the installation of a factory or company that is interested in producing here and selling to Central and South America.

Is the distance between the two countries an impediment to some business?

The distance is not so great if we make several comparisons. For example, China is one of the major trading partners of Brazil and is much further. With the port of Mariel will be cheaper to produce things in Cuba and export them to Brazil.

Does the inclusion of his country in this project is part of the Dilma Rousseff government interest to expand relations between the two countries?

Of course. Dilma’s government is firmly committed to increase relations with Cuba at all levels, although relations were already very close from the government of Lula da Silva. In the last six years we have seen an increase of one thousand percent in trade between Brazil and Cuba. Next January the president will come to Cuba to open the first part of the port of Mariel and participate in the summit of CELAC.

Do you think the flow of trade between the two nations is balanced?

Unfortunately not. Currently the trade flow is more favorable to Brazil: Brazil brings more things that we have taken from here. Last year the exchange was around $ 660 million: Brazil exported to Cuba about 560 million, while the island exported about 100 million. We want more balance because the flow is optimal if the two countries can plenty to each other.

What role does Cuba have as a trading partner of Brazil in the Caribbean?

Cuba is one of the major trading partners of Brazil in the Caribbean, and proof of this was the installation on the island of APEX Commercial office representing the Caribbean. In the world there are only a total of six.

What message would you send to employers who still hesitate to invest in Cuba?

I would say this is an excellent time to invest in Cuba. Decree – Law 313, which establishes the operation of economic activity in the area of Mariel, highlights wide benefits that the island is offering foreign companies to be installed here. I think many tax exemptions and facilities for the import of products are benefits that cannot be wasted.

Danzon to be declared Cultural Patrimony of the Nation