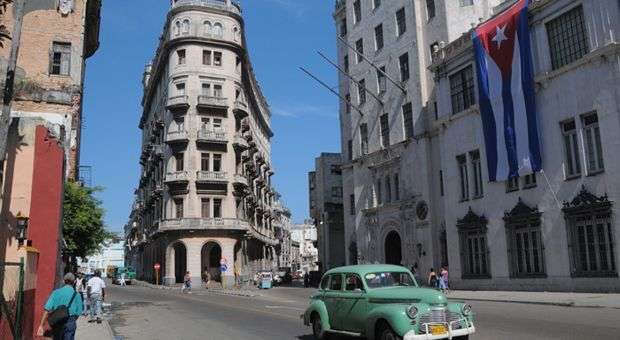 The Cuban economy has evolved under a new policy adopted at the Sixth Congress of the PCC, whose results have been projected to materialize in the context of a strategy aimed at creating conditions for stable development of the country over a period of five years.

In fact, the changes in Cuban economic policy began in 2007 and accelerated in 2009, therefore making an assessment of the same will have to cover a period longer than that provided for in this analysis.

In the immediate environment and according to the Economic & Social 2012 issued by the National Bureau of Statistics and Information (ONEI) recently published, once they valued the damage caused by Hurricane Sandy at the end of last year and which, according to estimates, had a cost of over 6.9 billion pesos, GDP growth in 2012 reached 3% from 3.1% previously announced in the National Assembly and below the planned 3.4% for the period, as well as 4, 4% estimated for the five years.

This result, although fell short of expectations, is not an insurmountable deficit for the planned development program, which is to achieve GDP growth rates of over 6% in the medium term.

For now, the result equaled the growth achieved by the region of Latin America and the Caribbean last year, amid a global economic crisis that shows no sign of ending, and that has affected everyone.

By sector, there are also other adjusted figures.

The performance was negative in the agricultural sector, which fell 1.2% in 2012 compared to a growth of 2% reported previously, there was a significant slowdown in manufacturing, which increased from 4.4% to 2 previously published, 3%, and transport and communications, which dropped from 5 to 2.8%.

On the other hand, construction stood out favorably, growing by 18% compared with the 12.4% originally reported, and internal trade, which was from 5.9 to 6.4%.

Overall, since 2009 the Cuban economy has been climbing modestly in its levels of growth, reaching an average 2.4% annually through 2012, reflecting the enormous difficulties present, which are caused by the economic crisis and also in internal structural deformations.

In any case, a balanced assessment of the current economic performance of the country should take into account that the transformation process undertaken involves profound changes in the Cuban economy and especially its management system, a process that involves revaluing all that has not worked and design new procedures, which require experimentation and takes an essential while to avoid errors.

In that sense, one of the most complex elements yet to be modified is the need to develop a new economic culture implicit in what has been termed as new mentality, and that merit further analysis later.

Given these requirements, there is a strong social pressure to move faster, which makes sense if you value the needs accumulated during the years of the Special Period.

However, something that should not go unnoticed is that Cuba has made ​​significant progress in the management of costs and efficiency in the use of resources available to the country.

Thus, measures in proportion to GDP, state budget expenditures declined from 78.1% in 2008 to 67.4% in 2011, the fiscal balance went from -6.9 to -3.8%, the liquidity in hands of the population was reduced from 41.5 to 38.6%, and carried out a process of reorganization of basic social services to reduce costs without affecting essential services.

However, to gain elements that allow for a fuller assessment of the performance achieved is essential to reflect on what is the environment in which the country must be developed in order to find the possible basis of the rate of envisaged change.

Something in the eyes of the Cuban population is not expressed in all its dramatic dimension is the limited availability of foreign exchange and the complex international financial situation we have been facing.

All developed nations have, as a rule, a high external dependence since their exportable resources are insufficient to cover the cost of its imports. To bridge the gap they have no choice but to turn to credit from suppliers and this leads, among other factors, to a certain level of foreign debt.

Cuba is no exception, but the situation has been much tenser from the “Special Period” and the intensification of the U.S. blockade, which makes it much more difficult to obtain new credit.

Therefore it moved to the fore the need for rebalancing the balance of payments as a prerequisite for stable development, which highlights the short term as a high priority item.

This policy involves updating commitments for the payment of external debt as a basic premise that achieves a greater flow of financial resources for development, including increased presence of foreign direct investment, as no one is willing to lend if not you pay previous debts.

In pursuit of these priorities there has also been advances, since Cuba has managed to increase foreign exchange earnings through increased more than 100% in the value of exports of goods between 2009 and 2012, while imports increased less, which has led to eliminate the negative balance of the total trade balance-including services, which measured in terms of GDP rose from minus 5% in 2008 to +3.3% in 2012.

In other words, the country has been able to have a relatively larger volume of financial resources to meet international commitments, and this has raised its external credibility.

In that sense, and as part of the actions taken, progress has also been achieved in the rearrangement of external financial commitments.

Indeed, already in 2010 it was reported publicly that Cuba had been able to​​ renegotiate two billion in external debt; likewise, in February 2013 an agreement was reached for the cancellation of debt to the former Soviet Union by Russia.

In the external environment should be added that in 2012 the country still had to spend 51% of their income just to purchase fuel and food, whose prices were very high relative to historical averages.

Obviously, to increase export earnings required increased economic efficiency through increased productivity growth of labor, which contributes a gradual reduction of underemployment in the state sector, while investment is redirected to promote the productive sphere.

Between 2009 and 2012 Cuba yielded a modest growth of 8.1% in labor productivity and achieved balanced with the increase of the average wage, avoiding an increase in inflationary pressures.

The investment funds to raise productivity are still low, which only reach about 12% of GDP, when they actually require some 20%, with low levels of efficiency in execution, all of which constitutes an obstacle to achieving higher productivity in the midst of a process of real wage depression that has not recovered yet.

It can be said that the results that were achieved in 2012 from a financial standpoint and efficiency were in line with what might be expected of a process of change that substantially change the economic management system in the country, creating conditions for sustainable development, while it had to face a complex international economic situation and the consequences of the economic blockade of the United States.