Lavrov: “Our strategic partnership with Cuba is solid” 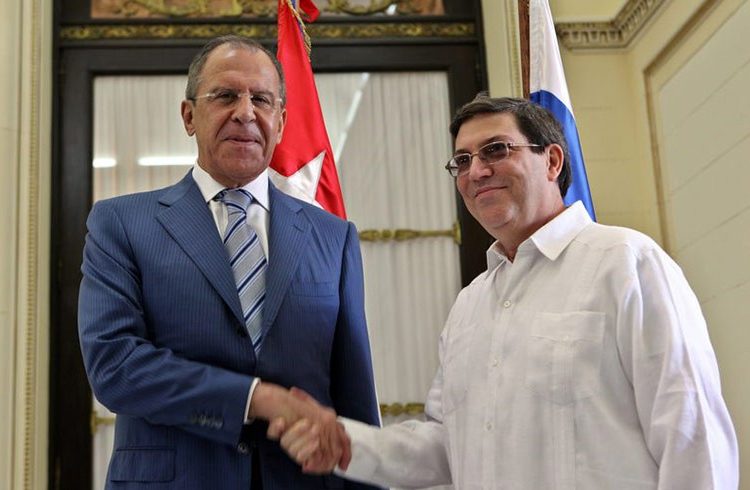 “It is significant that the US President has recognized the inefficiency of protracted attempts to “isolate” Cuba. One can only hope that Washington will soon realize the lack of prospects that exerting similar sanctioning pressure to other countries has. ”

Thus the Department of Press and Information of the Ministry of Foreign Affairs of the Russian Federation said, the same day that Raul Castro and Barack Obama announced the restoration of relations between Washington and Havana.

Sergey Lavrov, Russian foreign minister, was quick to draw parallels. “His administration realized that the blockade didn’t work at all. I hope that, to understand the futility of such blockades to other countries need less time. ”

The White House loosens restrictions on Cuba, but at the same time the US political forces have consensus in its efforts to impose economic sanctions on Russia.

The reversal of Cuba-US relations doesn’t worry Moscow. Lavrov said that “the last visit of President Vladimir Putin to Havana and the recent meeting of the intergovernmental commission for economic cooperation have shown it, and for us it is evident that our strategic partnership with Cuba is solid”.

And it is not just rhetoric. As the world digested the news that Raul Castro and Barack Obama made peace, one of the most important politicians of Russia came to work in Havana. News of the restoration of relations between Cuba and the United States eclipsed Dmitry Rogozin´s visit, Deputy Prime Minister of Russia.

The Cuban president personally received Rogozin. The visit coincided with the twelfth meeting of the Russian-Cuban Intergovernmental Commission for Economic-Commercial and Scientific-Technical Cooperation.

“The new cooperation between Russia and Cuba will be pragmatic,” Rogozin said. The visit of this politician closed a year during which President Vladimir Putin and Foreign Minister Sergei Lavrov visited Havana, opening the way for the arrival of other figures of intelligence and the Russian army.

The second chief of the armed forces of Russia clarified that there are no military bases. He said to ITAR-TASS that is only interested in “our ships entering the ports of Latin American states, that we have access to airfields.”

Moreover, Putin’s countrymen will be one of the first to take advantage of the new policy towards foreign investment, with 3.2 billion dollars in ten years, the government of Cuba will have to put in the name of Moscow in places like the Special Zone of Mariel where projects like remodeling the airport in San Antonio de los Baños are included.

Cuba and the United States will again have embassies in their respective capitals, but Havana and Moscow but also bring their relations to a new dimension, as not seen since the days when the Soviet Union was a power of undisputed might.

Sergey Lavrov is confident on the gratitude of old friends. “Cubans, like the Russians, never forget who supported them in difficult times,” the man who for ten years is the voice of Moscow before the world said.

The open future of Yoan Lopez