Tourism in Cuba: a possible way to luxury? 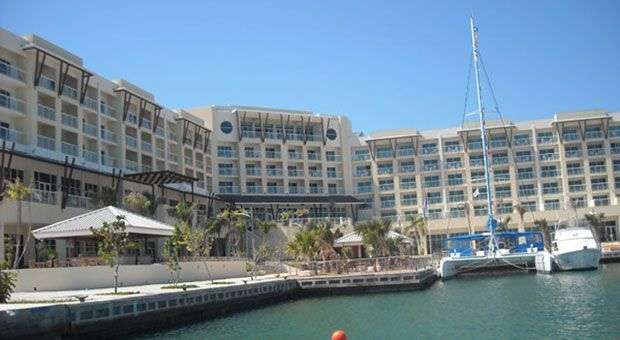 Cuba seems committed to rescue luxury, looking to enthrall the preference of international tourists and also the domestic ones. The current economic reforms undertaken by the country open space, little by little, to encourage an offer of non-essential goods and services, thereby stimulating consumption.

Proof of this is the Marina Meliá Varadero resort, which began operations in recent days, with occupancy of 198 rooms and about 517 customers, all Cubans residing in the country.

The facility, located on the stunning Hicacos peninsula in Matanzas, some 150 kilometers east of Havana, has among its main attractions an area for anchoring 1200 boats of medium and deep draft, where they will provide multiple benefits to global yachting.

The Meliá Varadero Marina is a five-star facilty operating under the All-Inclusive modality and has 423 rooms, including 88 suites and 126 apartments in condominiums, facilities that invite you to enjoy longer stays on land and life aboard.

The resort, new adventure on Cuban soil of the Spanish chain Melia Hotels International along with Cuban Gaviota, is designed for lovers of sailing, diving and fishing, as well as hosting events, weddings and honeymoons. Among the variety of services available to the client, include The Level (category of personal attention) and Kids Club, offers unique and novel in Varadero resorts.

This five-star hotel offers a range of options: specialty restaurants a la carte, boutiques, craft market, meeting rooms, bowling, dance halls, and even a yacht club, a spa and a helipad, among other facilities designed to meet the most demanding desires.

When the project was presented to the national and foreign press, during the International Tourism Fair 2013, authorities of the sector said that with this marina, the country would have one of the most complete tourist ports throughout the Caribbean region.

Varadero, the tourist resort where the European company started its career 23 years ago in the hotel sector in Cuba, is again the chosen destination in order to position its products among leading agencies looking into the benefits of the Caribbean island, the key to its success.

The newly opened resort is the number 26, on the island of Meliá Hotels International, which already plans for 2015 the opening of the area The Reserve at Paradisus Varadero, with about 250 rooms.

Earlier this year, Cuba Division officials announced that the chain is about to realize an old dream: to have a five-star hotel in the so-called Museum City.

The Sol Trinidad, as the project underway is named in partnership with the group Cubanacan will feature 400 rooms, various restaurants and bars, fitness center, and a large living room of 600 square meters for meetings and recreational activities.

This year Meliá repaired the Sol Cayo Largo, a leader among hotels in that destination, and currently operates along with the Cuban company Gran Caribe.

The quality of service of its hotels in Cuba was recently recognized with major awards. TripAdvisor, the largest travel site in the world, awarded five of them the Certificate of Excellence 2013, awarded to facilities that achieve the highest customer score steadily.

Also, the Melia Buenavista won the Travelers’ Choice this year, based on reviews from millions of customers around the world and also earned by Playa Paraiso in Cayo Largo del Sur.

Meanwhile, Zoover, the Europe’s largest holiday independent web, included among its winners from 2013 the Paradisus Varadero and Melia Las Dunas, with great reviews by customers on the continent.

According to spokesmen for the chain, its facilities host 30 percent of total visitors who come to the island each year.

In the institutional commitment to “refresh” Cuba’s economic model, the so-called leisure industry plays an important role in raising revenue, constituting one of the main engines of development in the Caribbean nation after the sales of medical services.

Hence the Cuban government intends to create, diversify and rapidly consolidate products and services such as health tourism, marine and water sports, golf and real estate, nature and adventure tourism, theme parks and cruise, among others.

Last May, authorities announced that sector so far this year will open the Piedra Movida hotel in Cayo Santa Maria (Villa Clara); Flamenco II in Cayo Coco (Ciego de Avila), and Panchito in Trinidad. Besides enlargements are being made in Maria la Gorda, in the San Antonio cape (Pinar del Rio), Prado Costa Verde in Holguin and Varadero Paradise Princesa del Mar in Varadero.

They also began the construction of hotels Coralia in Cayo Coco, International in Varadero; Iznagas Palace in Trinidad, and Alabaster, Holguin, and the extension of Playa Pesquero, north of that eastern province.

It also keeps the tourism development strategy in the north of the country, from Villa Clara to Camaguey, which includes keys Santa María, Las Brujas, Coco, Guillermo, Paredón Grande, Romano, Cruz, Guajaba and Sabinal, which together -at its peak-reach more than 42 000 new rooms, all operated by Gaviota Tourism Group.

Cuban Minister Manuel Marrero said that this development strategy will allow Cuba to have more than 85 000 rooms at the height of 2020, which it will keep its program in order to increase housing in cities with higher demand.

In that sense, they have projected new facilities in Old Havana, as hotels Packard, Prado y Malecón, and Manzana de Gomez, whose investments are being readied by the Gaviota Group, and it is said to Spanish chain Iberoestar has already set its eyes on some them.

Meanwhile, Gran Caribe will undertake the constructions of the New Cork, Regis and Capri, as well as several renovations in the iconic Havana Libre, Riviera, Comodoro and Arenal, also in the capital.

To the government offer now you have to add the emerging private sector of the island with a 6115 rooms and 950 private houses licensed to lease and as well as 2242 non-state  restaurants.

Foreign capital for the development of tourism in Cuba

Foreign investment becomes crucial in the search for funding and the introduction of new technologies, in order to supplement the limited resources and capacity of Cuban industry.

And while in some sectors of the Cuban economy that component is looked at with many misgivings still, tourism is in very good health. Proof of this are the already 26 hotels Meliá Hotels International operates in the Island.

The most famous hotel chains in the world have some representation in Cuba, including Iberoestar, Barceló, H10, Blau, Be Live Hotels, Blue Diamond, and Memories Hotels.

In August new resorts were opened, which marked the entry into Cuba two companies. With the opening of Eurostars Cayo Santa Maria, the Spanish firm Hotusa begins its seventh investment in America, while Pestana, the largest Portuguese hotel group, started its operations in Jardines del Rey, with Pestana Cayo Coco Beach Resort.

Also in recent days there was a joint venture between the company Esencia Hotels and Resorts, from the UK, and Cuban Palmares SA, for the creation of the first centers of world-class golf in Cuba, a deal valued at about 350 million dollars.

According to the press release from the British Embassy in Havana, the project The Carbonera Golf & Country Club is the first and most important investment of a British company in the Cuban tourism, and symbolizes one of the many opportunities offered to foreign investors in Cuba.

The plan, which includes building an exclusive community of 650 apartments for high-end tourists, reinforces the commitment of the Tourism Ministry to improve Cuba as a destination in terms of quality and diversity, in order to meet and satisfy the most demanding tastes those visiting this jewel of the Caribbean.

The Essence’s project must be followed by others, as one from another Chinese capital proposal awaits approval later this year, and the government is studying Spanish, Vietnamese and Russian offers, reported the Italian news agency ANSA.

Cuba is in talks with more than 10 foreign firms and some of them “have been signed or are concluding letters of intent for possible developments in various cities and tourist destinations,” Manuel Marrero said.

Official sources revealed in 2012 that there are 30 joint ventures operating over 6000 rooms, and there are also 62 administrative and trading contracts with 13 international hotel companies.

With extension of 40.888 square meters, the complex is located in a ecological reserve and the design of its interior evokes the world of sailing and the sea. The Hotel has two   lobbies, pools, bars, restaurants, convention center, and spa. The “Night Fantasy “pool has night lighting, the first of its kind in Varadero.

In 2012, Cuba received over 2,838,000 visitors, which represented an increase of 4.5 percent in visitor arrivals, and for 2013 is expected to have closeto three million arrivals.

Tourism is the second source of hard currency after selling professional services, especially doctors, with 2.5 billion dollars, and with an accommodation capacity of over 60,500 rooms, of which 65 percent is in four and five star hotels.

Official sources report that the average traveler spending in 2012 was around 104 dollars per day.

César Valdés: “If I am born again I will not be a referee”