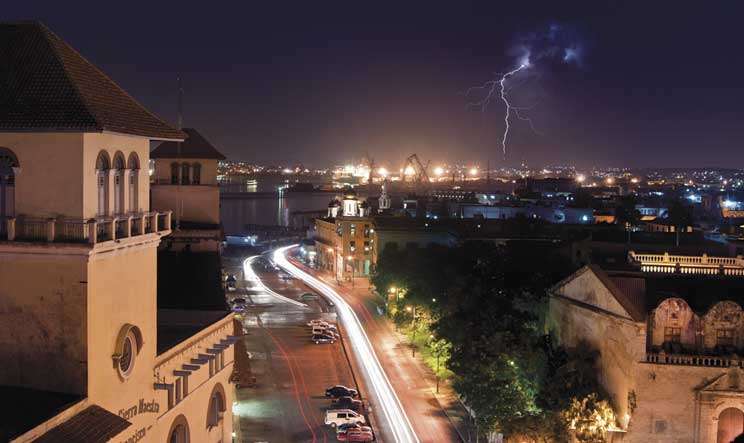 Havana is a city inevitably linked to its bay, the center of its economic, political and social life during the colonial period and well into the republican period. You could say that the bay helped form the extroverted, hospitable and boisterous nature of Havana’s residents.  Since the 1990s, however,  both the Bay of Havana and the city are undergoing real transformations.

The recovery of the bay and its surroundings is not only redefining the city’s harbor and image, it is also reviving one of its most important centers of activity, giving rise to new tourist, cultural and commercial activities and new public and recreational spaces, and generating significant economic resources in the process. This recovery process is being led by two institutions: The Havana City Historian’s Office (Oficina del Historiador de la Ciudad – OHC) and the Havana Bay State Working Group (Grupo de Trabajo Estatal Bahía de La Habana).

The OHC oversees an area that runs from the mouth of the bay to the La Coubre piers, spanning the Avenida del Puerto along the waterfront of the city’s historic district. Restoration projects that have been completed include the Sierra Maestra cruise ship terminal on the San Francisco Pier; the Almacenes San José cultural center, where dozens of artists and artisans sell their goods; and the Hines office building.

The OHC Master Plan envisions a number of projects through the year 2017 at a cost of more than $150 million. The Sierra Maestra terminal comprises three large piers, one of which operates as a cruise ship terminal; another is being equipped for the same purpose, so that eventually  four ships will be able to dock simultaneously. The two-story central pier will be set aside for public use: a 400-vehicle parking facility on the first floor and a shopping mall on the second floor.

The terminal’s main building, which looks out onto the Avenida del Puerto, will house the offices of the Port Authority and Customs, and developers are considering the construction of a hotel. The entire ground floor will be a corridor/esplanade that provides a view of the bay from La Plaza de San Francisco, providing a continual line of sight along the entire waterfront beginning at the mouth of the harbor.

Above the Almacenes San José, the OHC is building a shopping mall and multipurpose spaces, along with recreational areas on the pier. The Margarito Iglesias wharf is being demolished and the project calls for an esplanade with floating elements. The old “lumber and tobacco” wharf, currently vacant, will become home to a large microbrewery, shops and other services, and the “firefighters’ dock” will be transformed into a new terminal for the Regla and Casablanca ferries, which in the future could extend their services to the city’s eastern beaches and other destinations.

The interaction zone on the opposite side of the avenue is also being rehabilitated. Developers have advanced as far as the Alameda de Paula but are still working on Desamparados street, and the project calls for building housing on upper floors and shops and services on ground floors.

Beyond 2017, the OHC is looking into the possibility of building marinas across from the Alameda de Paula promenade and off the old La Coubre piers; recovering the wharfs adjacent to the Hines building for more office space; and building a parking lot on the ground floor of the Los Picos building with another multipurpose mall on the upper floor that would include shopping, recreation and office facilities. On the south side, the Juan Manuel Díaz pier will be converted into a marina to service mega yachts, and its building will be turned into a hotel and shopping mall.

When the Old Havana (Habana Vieja) historic district was designated a World Heritage Site in 1982, the buffer zone that surrounds the harbor was not included. However, to meet a UNESCO requirement for the district to maintain its status, the OHC has now updated its records to include all of the areas that border the bay, such as Atarés, Regla, Casablanca and Morro-Cabaña. With zoning now complete, the OHC is discussing proposed land use, activities, environmental restoration programs and other aspects with the institutions involved.

A land use plan for Havana Bay prepared by the Department of Physical Planning in 2004-2006 and still in effect proposed to relocate the port of Havana’s shipping and industrial operations. This plan will have to be updated soon given the work now underway to develop the ports of Mariel, Matanzas and others. What will be the final destiny of the refinery, cold-storage facilities, silos and shipyards still located in Havana’s harbor? These questions are still pending.

Some futurists envision a massive real estate development on the southern coast of the bay, with multistory buildings, magnificent views and a promenade along the seawall. Others, who are more realistic, say that when these coastal areas are vacated by their current occupants, they will require massive investment to clean up the pollution and rubble left behind so that the land can be made suitable for housing and other public uses. In fact, the cost could rival what was spent by London for the 2012 Olympics.

Havana will always be associated with its bay, but it will be a new bay for a new city, where the public realm — streets, plazas, parks, and promenades— will be linked with the productive sector — tourism, boating, and commerce— and the domestic sphere — communities and housing for the people of Havana, who are just as extroverted, hospitable and boisterous as ever.