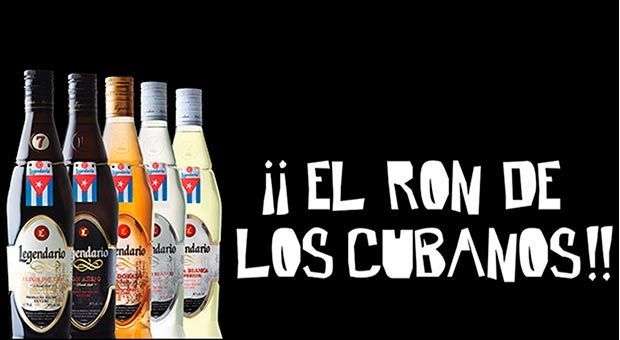 Legendario shows a new image for the Cuban market. The Ember Havana Beverages and Soft Drinks Company will use the coming XXXI International Fair of Havana (FIHAV 2013) to renew the presence of a product of more than half a century of age.

The official launch will be on Saturday November 9 at the Morro Cabaña Park. For a few months the new image is marketed in Spain, therefore this release in Cuba is to revive the memory of the people after years outside the domestic market, said Lezzer Amigo, head of the Legendario marketing campaign in Spain.

The expectation is that more is known on the product in the country and increase sales to the island to be a benchmark for other nations of the world, said the Spanish businessman Jorge Alonso, Legendario marketing manager in the Iberian nation and elsewhere.

“Rum, like all products, is no mystery and the simpler the process the better.” According to Alonso there lays the essence of Legendario to earn consumer preference, which together with their quality and their ancient way of preparing opened for it several years ago, the doors of the Spanish market. Legendario goes beyond being a rum that has added value and the customer may perceive the product as a way of life. From the bottle -shaped as a royal palm to the 7 Year Elixir of Cuba distinguished by its aroma and sweet, conveys an image of Cuba unlike any other traditional Cuban rum.

For 2014 Ember Havana plans to sell more than a million Legendario units in the domestic market, according to Luis Alberto Ortega Soberon , director general of the organization . This wide range of rums is made up by White rum, Ron Gold, Ron Carta Blanca, Ron Añejo, Grand Reserve 15 years and its flagship product, the Elixir 7 Years of Cuba.

The Elixir of Cuba has an alcohol volume of 34% and maintains its craftsmanship since 1945 from aging in American oak barrels. For its making they use alcoholic mixtures obtained from the best sugar cane selected by master rum makers. In the central pavilion of Legendario in FIHAV 2013, the public will have the opportunity to see a change that sweeps the old image of the product and creates new concepts around quality of rum that seeks to conquer the demanding market.