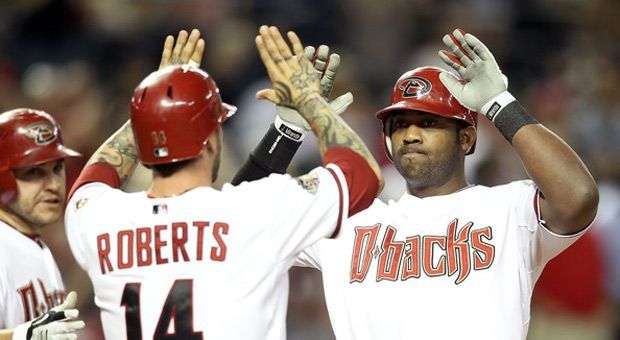 Pinar del Rio´s first baseman Juan Miguel Miranda made official this week a contract with the Nippon-Ham Fighters, team enrolled in the Pacific League in Japanese professional baseball. As reflected in the official website of the Japanese squad: www.fighters.co.jp, the agreement will be valid for one year, with a cost slightly higher to half a million dollars.
Miranda, who was born in Consolacion del Sur municipality, will coincide in the franchise with Matanzas´ Michel Abreu, who had a spectacular performance this season, marked by his lead in home runs (31) in the Pacific circuit. In that sense, Miranda said in the press conference where he was introduced: “I have heard many good things about this club and its fans and also about my friend Michel Abreu, so hopefully we can play together … and drive in many runs”
During his tenure in Cuban baseball, Juan Miguel participated in four National Series, accumulating not insignificant offensive numbers. He played 367 games and his average was .301, with 70 doubles and 57 homers. In addition he had a slugging percentage of 538 and an on-base percentage (OBP) of 424. Defensively he performed in most cases as outfielder because of the presence in first base of Juan Carlos Linares.
In 2006, after becoming an amateur free agent, Miranda was signed by the New York Yankees organization. His major league debut came two years later, exactly on September 18, 2008, becoming one of the few chosen who have ever had the old Yankee Stadium as home. With the Big Apple team, during three seasons, he only participated in 46 games (21 hits in 83 at bats, average of .253 and 4 homers), so most of the time he remained in the Class AAA squad of the Yankees.
In November 2010 he was traded to the Arizona Diamondbacks. Here his performance was quite poor (65 games, 37 hits in 174 AB, AVG .213 and 7 HRs), so his ties with the club ended only twelve months later.
In this season of 2013, Miranda was a scourge for the Mexican League pitchers. Playing for the Laguna Vaqueros ( Cowboys) he averaged an astronomical .367 in 107 games, with 26 homers and 86 RBI, a slugging of 633 and 498 of OBP.
In relation to his new squad in Japan, the Nippon-Ham Fighters finished in the bottom of the Pacific League last season, thanks to a pale balance of 64 wins and 78 losses. Miranda, confessed admirer of two greats of world baseball, Omar Linares and Albert Pujols, should round out the offensive of the Fighters, whose main references are Michel Abreu and Sho Nakata.
“I wanted to play in Japan and now that dream has come true. I will do my best as a member of this team. “, these were words by Juan Miguel during the formalization of the contract. The profesional baseball universe has now several Cuban stars shining with their own light in dissimilar leagues and circuits. One of them, our today’s protagonist, remains committed to continue playing hard, now in more distant lands. From OnCuba we wish him luck in his new purposes and we will be aware.