Diana Ferreiro
in Technologies of Communication and Media
0 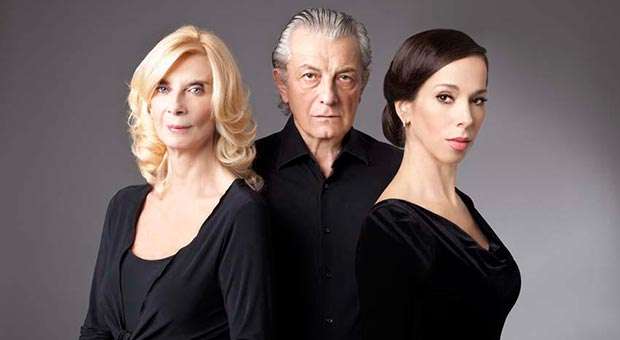 In the beginning was the confession: Peter does not love Mary, or Judith. He married for what they say sometimes rich people marry for: to maintain bourgeois status. A man comes from Argentina to tell us that he doesn’t need to be loved. That he, Peter, married his wife precisely because he didn’t know she loved him so much. And he wonders if one is certain to be a crucial time for our lives at the moment it occurs. And this way he says everything , undeterred , to which one believes it without question a line, while his first wife bitterly suffers heartbreak and death of her only son, and the second robs him and feels nauseated by the smell of cleanness.

Pretty trite and (especially by Hollywood pink little movies), the issue of whether or not there is a person “waiting” for another in some universe and if one who suddenly enters the room is the one, is the theme of the La mujer justa (The right woman), an Argentina staging by the Compañía Cooperativa La Mujer Justa, directed by Hugo Urquijo , on a text by Graciela Dufau and Urquijo , based on the novel by Sandor Marai .

Structured in monologues that tell the version of events of each character, the work is based on the beliefs of everyone. Actors are convincing to boredom, if not by acting, by the extension of the staging. Peter (Arturo Bonin ) does not need love. Maria (Graciela Dufau), is consumed with pain because of child loss equal to the loss of husband and Judith (Victoria Onetto) is a poor wretch who never fell in love with Peter, although maybe of his class, position.

Ninety minutes of show are more than enough to throw questions and answer them at once. It is enough to mix stories and predict outcomes. Still, the woman just comes to tell the Cuban public that people can go mad with love, suffer and die in pain desperately and the Cuban audience listens carefully and a standing ovation , maybe not quite understanding why they does, because our public- Norge Espinosa told me once, do standing ovations from immemorial times in any staging. This is not the case, do not get me wrong.

La Mujer Justa is based on a solid text, although repetitive , where in addition to the ideas about love the characters have, they refer to contrast of class, family and happiness. Although at times the work is shifted and one is not sure what time the staging is taking place. And that text is based on Bonin and Dufau performances. The first, a full hearted Peter that doubts the existence of the right person to share his life, a vicious type , perhaps unintentionally , that character becomes a negative, because one cannot blame him , though he tries, to live life according to his convictions. And second, a Mary too suffered to live in this world, constantly complaining about their decisions or death of the child take away from her the cold husband she knew to please in bed, but never filled his soul. Other performances are far from relevant.

In fact the Argentinean staging is another line for the tiger, in a festival that has long not gathered anywhere near the vanguard of world theater. The international exhibition has already been said, there is thanks to groups that fund their own travel and accommodation, and come for the pleasure of sharing with the Cuban public and culture. Let’s pray to God that our Caribbean island does not lose its attractiveness in the eyes of the world stage and we have, at least with these features, other International Theatre Festivals.