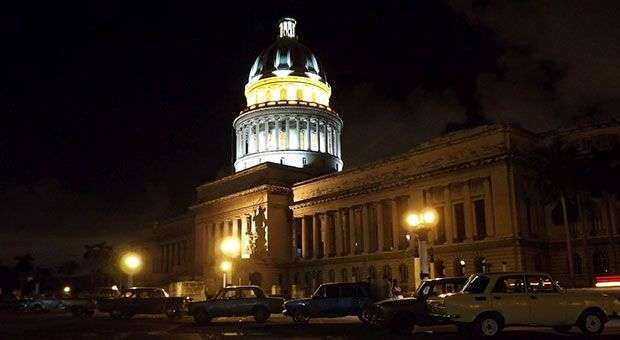 Several pimps that forced prostitutes to give them money, in some cases under intimidation, threats and violence; a woman who allowed two men, one old, to fondle her ten year old daughter in exchange for gifts; another mother and a stepfather who did something similar with an eleven year old girl; a teacher in a polytechnic school who prostituted a minor and had intimate relations with several students, whom filmed and blackmailed to have sex with foreigners…

Those were in short nine court cases in Cuba in 2012 when 14 people were sentenced, in the only cases that could be classified as trafficking crime, according to international standards, according to a report released last Tuesday by the Minister of Justice, and the full text was published on the website of the Foreign Ministry.

Although the document adds other a little more significant figures, such as criminal prosecution for the same period of 241 persons for the crime of procurement, out of which 224, the 92.94% – were sentenced, or the 2,117 allegations of sexual offenses involving as alleged victims children (0.09% of the total child population) or 2,480 women attending counseling for violence, the problem would seem of little importance, as the Government Cuban says, in relation to other realities probably much more sordid.

However, the same analysis made ​​by the authorities of the island would merit more than being pleased for us activists and the general public to ask ourselves what happens in the country in this area, particularly around prostitution, practice appears to be most often encouraged in this type of crime.

If, as the report states, “the attention to the phenomenon of prostitution is a top priority issue for the State and Civil Society”, the first question might be why causes are not so clearly defined.

Because while anyone on the Island could perhaps conclude that indeed there is a “majority of the population rejecting the criminal behavior involving children”, perhaps not all of us would be so sure that this has a reflection in the level of complaints or a “widespread popular participation” in the actions of the state, the police and civil society to address them.

And this approach contradicts the very assertion of the report, when it explains that in cases of child prostitution are predominantly female and of an average age of 15 years. “The children involved usually act on their own initiative, without there being a pimp figure, using the chaos of the family”. Is it only lack of control or also complicity?

Nor do I have the certainty, as a parent I am attentive to the formation of my son, that from pre-school they apply a program of sex education “with strong ethical component in the formation of values ​​to prevent prostitution” as stated in the above text.

On the contrary, often even from specialized state institutions like the National Center for Sex Education ( Cenesex ) have transcended the dissatisfaction for the way such issues are addressed in the various teachings.

In fact, this very information published states that “the Ministry of Education introduced in school curricula and school programs on reproductive health education”, which hints at the biologist and public health specialist vision still textbooks and teachers the topic of sexuality, are using.

Notwithstanding the report indicated that only seven foreigners faced imprisonment penalty for the crime of corruption of minors, associated with child sexual abuse, and although evidence is quite convincing that the Cuban state boosts family tourism, it doesn’t look to me that the protection in this area is rigorous enough, and for this you just have to go to the door of any night club or recreation center , where too often it is possible to see young teenagers in company of tourists from other countries .

But what alarms me the most, really, is the uncritical recognition by the authorities that “in general there is a agreed link between prostitutes and pimps to run the illegal activity ” – we know that prostitution is not criminalized , only pimping and human trafficking , and that collusion is present this as something really contrasting against other nations ” where sexual exploitation of adults and children is associated with criminal networks that keep them in slavery-like conditions, that very few victims manage to escape. “

Is not as bad as that tough circumstance abroad, or worse even , that in Cuba there are women and young people willing to prostitution without “the use of threat, coercion or other forms of intimidation ” that is , voluntarily ?

In this regard it is extremely superficial and trying to provide explanations that are almost insulting to the intelligence, the official argument that prostitutes and pimps, of course, agreed “motivated by profit” and that “in general the practice is exerted to satisfy tastes, luxuries, pleasures and material living conditions superior to the rest of the population “, or that” other people engaged in prostitution do it to meet an foreigner who they can marry as a way to migrate.”

Here we would have to seriously question ourselves, or at least argue much better, because the prostitute- an survival trade as a standard in the world, in Cuba may have a standard of living above average, and if indeed such ” tastes, luxuries and pleasures ” are so exceptional, far-fetched, or may be, in many cases simply the most basic things to live.

Are there unresolved technicalities?

The report also called attention to other shortcomings and anachronisms of the criminal law in force in Cuba, which, apparently, does not seem to be in the portfolio of the changes, despite suggestions from activists and experts.

Let us not even mention the lack, as there is now, in the criminal code, not only the figures of procurement and human trafficking to punish those who make profits from prostitution, but also include customer penalty for those that stimulate the sex trade, which seem to be only a remote aspiration of the most radical voices in defense of the rights of women.

I am speaking of maybe even less difficult issues to resolve. For example, in highlighting the greater severity of the penalty framework when unlawful acts involving children or those suffering from sexual abuse or otherwise, the document lists as crimes rape and pederasty with violence, which is essentially the same criminal conduct, but according to the current legislation receives different treatment if the victim is female or male, a remnant of macho attitudes that apparently lawmakers have no hurry to amend.

As an ambiguous message is also the specification of the Cuban penal system sets the age of 16 years as the minimum limit to assume criminal responsibility, criteria attributed to cultural factors, economic and legal conditions during the historical development of the nation, but that ” does not prevent review and possible changes in the legal system if they were to change these causes.” To raise them or to lower them?

Another contradiction emerges from the seemingly too wide discretion available to the courts law “to impose security measures comprising specialized institutionalization of those prostitutes conducting activities related to criminal acts .” That euphemism that can serve and has done at certain times, to justify the persecution and imprisonment of these women – it doesn’t apply to men who sell their bodies – is a way to criminalize female prostitution, which is not solving the problem.

Anyway, without denying the political will and the efforts of state and government of Cuba, along with the participation of civil society organizations, to confront human trafficking and other forms of sexual abuse, we have an obligation not to settle for a triumphalism or incomplete approach, and the duty to thoroughly discuss the root causes of the problems we have, not to rest on comfortable laurels.