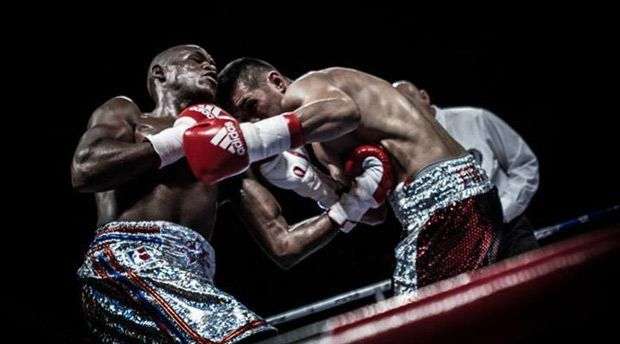 This Tuesday started the World Boxing Championship for Cuba in Almaty, Kazakhstan, where super lightweight Yasniel Toledo faced no complications in his fight against an underperforming rival as Palestinian Mohammedalaa Menawi, whom he beat in just 58 seconds by TKO.

Thus, Toledo, world runner-up in Baku 2011, began his performance towards improving his previous result, which he considers possible, as he will no longer have to contend against Ukrainian Vasyl Lomachenko, best pound per pound fighter of the last London Olympics.
Toledo ’s success opens the victorious path for Cuban Navy, who is seeking in this contest to regain the throne after eight years and three World Cups away from the top.
Of course, beyond Toledo, the Cuban squad has other weapons to achieve its goal, especially the push, explosiveness and talent of men who, despite their youth, have already succeeded at the highest level, both in universal championships as Olympics.
The team is lead by Cienfuegos´ Robeisy Ramirez (56 kg) and Pinar del Rio´s Lazaro Alvarez ( 60), two stylists with great speed, power and excellent defense, the first one has the responsibility to prove that his title under the five rings in London was not by chance, and the second one will intend to keep the golden route in a new division.
“I’m in shape to climb to the top of the podium, I am in good condition and only remains to tell the fans to follow us, to have confidence on us,” Alvarez said prior to his departure to the Kazakh city where our exponents had a small training base towards the World Cup.
“This training before competition was very helpful, but we must also take into account that the 11 Cuban representatives arrive with a very important competitive baggage, as some attended the friendly match with Mexico Warriors and the Golden Belt tourney, and others went to the Pan American tournament, scenarios in which they met rivals and assessed their sporty shape, ” Rolando Acebal, Cuban head coach, said .
The veteran coach also praised Cuba’s strength in certain divisions, which made possible to raise the level of the boxers with internal competition, while he acknowledged that one of the keys to get to the top in Almaty is being very combative.
This message was very well grasped by light heavyweight Julio Cesar La Cruz, who after being crowned at Baku 2011 World Cup succumbed to complacency in London Olympics.
“I have reached a high level of concentration, and meet technical and tactical discipline implemented by my coach Raul Fernandez. In addition, I have recovered myself very well after the defeat in London and I’m ready to defend my crown, “La Cruz stated.
He added: “Our team is very strong, with great rapport, an important detail in this sport because although it is individual, collectivism and support must also be maintained.”
Another division in which there is real potential is in the 49 kg, where Yosbany Veitía vigorously bursts. He has been praised by experts because of his strength and speed in the ring, and his ease of getting in and out in the attacks. Others praise also his ability to make the weight without complications, something unusual among light flyweights.
Our representative in the 91 kilos will be Erislandy Savon, who has not reached medals in global contests since his universal youth title, a story he aims to change now mainly based on his fast and electric punching, which caused such a good impression in the friendly match with the Warriors of Mexico .
In other divisions the picture becomes more thorny for Cubans, as Gerardo Cervantes (52), Arisnoide Despaigne (69), Ramon Luis (75) and Yoandry Toirac (+91) are beginners and it is to see how they stand up to such demanding competition pressure, and in the case of Despaigne there are more doubts since he faces a new weight in the absence of world champion Roniel Iglesias, who is sanctioned.
However, at the last global appointment, not many counted with Lazaro Alvarez and he gave clarion, which shows that our boxers kept the lineage that has allowed them to win ten of the 16 World Championships.
You may follow the bouts of Cuban representatives in the Worlds on our Facebook page.
History of Cuba at World Amateur Boxing Championships
Havana 1974.Gold (5): Jorge Hernandez (48 kg), Douglas Rodriguez (51), Emilio Correa (67), Rolando Garbey (71), Teofilo Stevenson (+81).

The art of fishing in Jardines del Rey