Washington’s decreed limitation on remittances will affect the Cuban economy. The relevance of remittances is due to the decrease and low dynamism of Cuba’s productive and export activity. 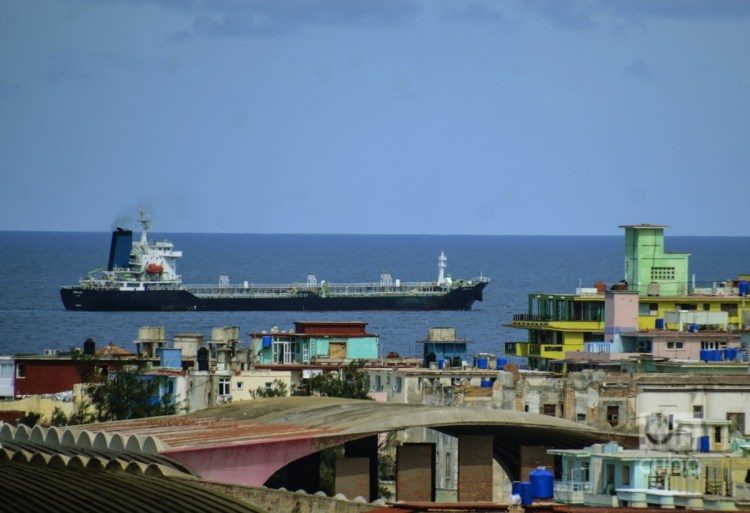 Almost everything, even the worst of the worst, has something positive. It even happens with what used to be our hobby and national sport, our dear and beloved baseball. But I’m not going to talk about baseball, because we would have to have a lot of space to develop theses and test hypotheses. Although our baseball has also suffered the onslaught of the Trump team, which by the way is not at all the dream team that the Americans themselves or at least a great deal of them would have wanted. Right now and in relation to this specific issue I don’t know whether to rejoice or be saddened by the decision of that team to cancel the agreement reached with the MLB.

Undoubtedly, those contradictory feelings of mine on this very specific topic have to do with my status as Professor of Economics and having dedicated myself to issues regarding Cuba’s development and economy and having had to explain to my students again and again the evolution of the Cuban economy’s dependence since the times of the colony, when we still depended on the crown of Castile. That dependence imposed by a back-to-front blockade always found resistance among the Cubans, first in the form of “rescue trade,” filibusterism or simply outright “contraband” practiced by many before the impossibility of the crown to supply its “always faithful island de Cuba” with an important part of the goods that the incipient Cuban economy needed. Then, with time and the evolution of our nationality, that nonconformity became independent aspirations with a strong economic causality.

At the end of the 19th century the Spanish crown handed us over to the United States along with other colonial possessions and our dependence became greater and much more complex, both in political and economic terms. When I need to illustrate that economic dependence, I give my students the image of Muralla Street, the street of the “Poles,” full of establishments where our merchants and industrialists bought a good part of what they needed and that were generally stocked by U.S. wholesale companies, which had, thanks to the geographical proximity, access to a good ferry system that could transport goods daily to Cuba.

Somehow Cuba was a country just in time, with all the advantages that that could represent and logically with all the cost of being so dependent on a single country, otherwise very close and with an economy hundreds of times larger, more diverse and sophisticated than the Cuban economy.

In the mid-1960s our economy changed radically and also our dependence. The Soviet Union (USSR) replaced the United States. In those times we looked more at the dependence of the “others” on the capitalist countries and barely stopped to think about this new dependence we were creating. Decades later, Fidel Castro himself in several speeches since the late 1980s and especially in some of those given in the early 1990s, explained to all of our people how deep that dependence was.

It is also true that Cuba had little or no alternative, given the U.S. policy towards Cuba, especially the blockade. But it is no less true that that dependence was not an obstacle for Cuba to reach social indicators envied by many countries, thanks to the revolutionary government’s very solid policies. However, we were still economically dependent and practically reproduced that status that we suffered since the beginning of the 20th century.

It seemed that the disappearance of the USSR and the socialist camp would make us truly independent. No doubt for a few years it was like that. The crisis of the 1990s was faced with our own resources―actually very few―and on the basis of substantial changes in the management of our economy, if we compare it with that of the 1970s and 1980s.

But again an external support appeared that allowed us “special” conditions in our economic relations. And again we were very close to reproducing a very high unilateral dependency relationship. Venezuela came to have a weight that was around 40% of our foreign trade in goods and that in the services sector was even greater. A tremendous opportunity for Cuba in economic terms that allowed us to learn that services―not tourism―could be an important source of income.

And then Obama landed and the Americans rediscovered Cuba. Despite the blockade, all economic sectors saw new opportunities. For our nascent and often not well-understood private sector, Obama’s policy towards Cuba was undoubtedly like an oxygen tank. The structure of the final destination of remittances changed, from money to eat and dress they became at least 25%, money to invest and use as working capital.

The ease of traveling to the United States facilitated the existence of relatively fast and varied supply channels and the import business of this and other countries (Panama, Mexico, Dominican Republic, Russia, etc.) prospered, also demonstrating the deficits of a trade state sector whose capacity to respond to demand has never been the best.

Our tourism sector, the state and non-state, flourished with so many tourists on ships and planes. Many plans were made to increase tourist capacities, although in the short and probably medium term it doesn’t seem we’ll experience a new boom in the arrival of American tourists.

Meanwhile, the “private Cuban merchants” became welcome people in all those countries.

The ghost of dependency, unmentionable like Voldemort, that sinister Harry Potter character, wandered through our streets again. We all perceived it, but talking about it was not appropriate.

Then Mr. Marcos Rubio, sorry Mr. Trump, arrived and he twisted everything. Reviving almost all the resources that, since the time of Eisenhower, all the U.S. administrations have used against Cuba, Mr. Trump has opted to break our country, now under the pretext of the Cuban government’s support for Venezuela. From persecuting military companies, to allowing the application of Title III of the Helms-Burton Act, persecuting ships and ship owners, to these latest measures announced a few days ago to reduce remittances, trying to prevent the Cuban government from using them.

The direction of the shot and the choice of the target is not bad. Remittances are undoubtedly important in national aggregate demand, even if Cuba is not a large recipient of remittances worldwide (India, China, Mexico, are by far the first) nor for the Central America area and the Caribbean. If we accept that in liquid money the remittances reach 2 billion (1) US dollars then we would have it that:

Compared to the income produced by our export products, remittances are:

If we compare remittances with our service exports, then we have it that:

They are also very important in the standard of living of a part of the Cuban population. Cuban households spend in the market bracket called “Other sources” (2) 2.495 billion dollars. Assuming that remittances reach 2 billion, and that they were all used in that market, then they would mean about 80% of that spending.

There is a first reading that is obvious. For Cuba, as for many other countries, remittances are very important and receiving them is absolutely legitimate. It is also true that their importance (their relative weight in the economy), at least in the case of Cuba, is partly caused by the decrease and low dynamism of the country’s productive activity, especially by the weakness in the export of goods.

A second reading, from the perspective of development, is that it would be very beneficial to be able to take advantage of a part of them. But remittances also have certain costs that sometimes generate structural weaknesses and rentier behaviors that are not at all related to the purposes of development.

Now, beyond this unbridled U.S. administration’s efforts against the Cuban government, there remains the strong and unpleasant taste of dependence.

Many other comparisons can be made. Certainly remittances are important.

Mr. Trump has chosen, in essence, the same path of those other U.S. administrations which for almost 60 years have lost this pulse. If along the way Cuba’s population, the same one that the president of the United States claims to be helping with these measures, is very damaged, and if that non-state sector, which he also repeats he is trying to help, sees its possibilities constrained, the better, because that is part of his purposes, it is not at all “collateral damage.”

Mr. Trump’s administration confirms to us how decisive our economic independence is, the need to diversify markets and sources of income, the importance of achieving better incentives for all the actors in our economy. The need to add to the purpose, to unite rather than divide, to find that least common multiple that allows us to work with everyone and for the good of all.

(1) It is very difficult to determine the real amount of remittances; the range of estimates goes from about 2 billion to 3.5 billion.

(2) Other sources: They include expenses incurred by households associated with housing services and agricultural self-reliance, as well as expenses on acquiring goods and services in sales outlets.