Should we continue dragging on the business culture of the 20th century and its prejudices? 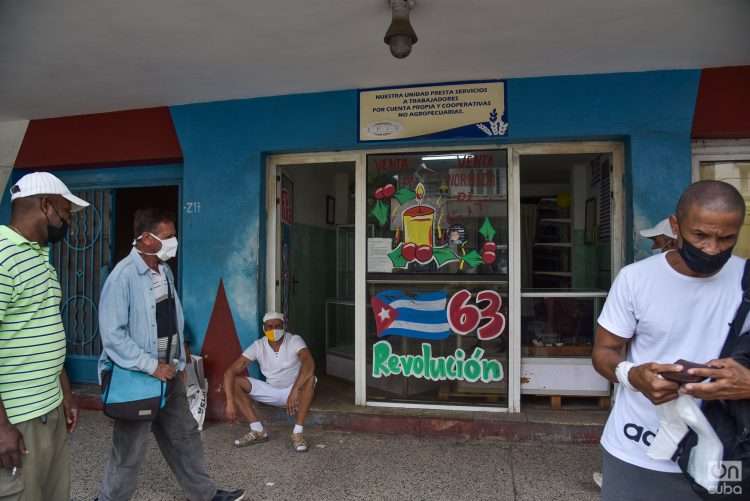 And yes, shortly before the one-year anniversary of the adoption of the decree-law that formally made them legal, 4,200 MSMEs have seen the light of day. It has been one of the longest gestation processes I have witnessed, which began in the mid-1990s, more as an intention to investigate and search for alternatives. It happened when the national economy was beginning a recovery process, thanks — among other things — to a rather heterodox process of reforms, but which had the virtue of being based on a certain decentralization of the economy, valuing foreign investment even if it was surrounded by innumerable prejudices and giving more space, albeit reluctantly, to the self-employed.

The dynamics of the economy responded, despite the tremendous exchange rate distortion, to having three currencies operating in circuits that barely communicated with each other, with a very low rate of gross capital formation and investment. Under a strict blockade that had in the adoption of the Helms-Burton Act a more sophisticated and better designed version so that no future U.S. president would come up with the idea of ​​lifting it on his own.

Foreign Direct Investment and now the SMEs (previously the TCPs or self-employed workers) are probably the decisions that have most concentrated and united both extremes of criticism and resistance. During this crossfire, which is not at all “friendly,” foreign investors and national private entrepreneurs struggle not to suffer from the hot dog syndrome, that of feeling trapped/crushed by both sides.

A few weeks ago, a group of private Cuban businesspeople landed in the Dominican Republic with the aim of opening spaces in that market and connecting with the business world in that neighboring country. What caught my attention the most was that this move, definitely historic, since it was the first time in more than 60 years that something like this happened, was little disclosed in our national press, it was hardly followed, and to this day I have not found any interviews with some of the participants about their experience.

That “trade mission” did not cost the public coffers a penny, no ministry had to spend a penny on visas, fares and per diems. No transportation costs to and from the airport.

I don’t know if any of these new entrepreneurs were immediately successful, I don’t know if any managed to sign a first operation, or if one of them found someone interested in financing a new service or product project and “collaborating” to expand their markets. But they risked it, something that is rare in our business environment.

Someone close to me, commenting on the news that I had just seen in the Dominican press, surprised me by asking me: Come on, is that allowed?

Is it not important for Cuba, committed to reinserting itself into the international economy, that a group of national businesspeople invest in discovering new markets? Is that good or bad for Cuba? Or should we continue dragging on the business culture of the 20th century and its prejudices?

The economy of the 21st century requires a level of international insertion (globalization) much higher than that of the 1960s. Well, in the case of the Cuban economy today, that insertion cannot be thought to occur only from the large state-owned enterprises, as it was “common” decades ago.

Obviously, the economy of the 21st century is not this economy that we have and even less so that other one that we had. In this 21st century economy, a change in business models is taking place. Now and in the more customer-centric future, increasingly focused on smart products, using short supply chains and enabling real-time responses, focusing more on ensuring access and using more and more leasing practices, and where competition and cooperation coexist and coworking generates a synergy that adds much more value than the individual sum of the participants. In this economy, where the scale of production ceases to be decisive, the MSMEs, by virtue of technological advances, reach another dimension.

Generating the essential incentives for this seems to be today a demand for public policies. Putting aside old prejudices seems to be a necessity, moving the limits as far as possible to force enterprises, all of them, to leave their comfort zone seems appropriate.