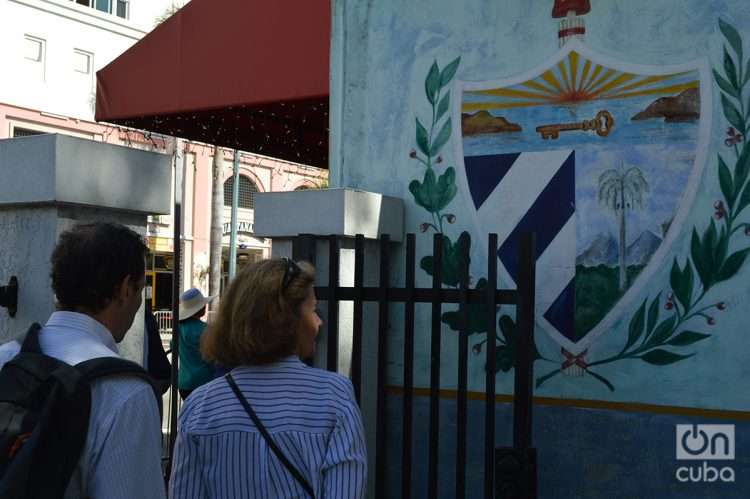 It’s that time again. The 2022 FIU Cuba Poll, the longest running research project designed to gauge the political attitudes of the south Florida Cuban American population, is ready for prime time. We conducted the poll from late July to mid-September and now are ready to unveil the results. 1 We will present the numbers of the 2022 Cuba Poll over the next few days here in OnCuba News in five articles. Today we present information on the attitudes of Cuban Americans in south Florida towards the economic embargo (bloqueo) and the status of diplomatic relations between the two countries. In the next installment, we’ll cover some of the dynamics in the relationship between Cuban Americans and Cubans living on the island.  Subsequent installments will present the data on the political profile of Cuban Americans towards the U.S. political process: the preferred candidates and the most important issues. We will conclude the series by comparing this year’s poll to those conducted during the Obama and Trump administrations as a way to discuss the forces which promote changes and continuities in the political opinions of this enigmatic group.

The Biden administration has been slow in differentiating its approach to U.S. Cuba relations from the isolationist vision implemented by President Donald Trump. While recent resumption in limited consular services and a promise to resume others are steps in the right direction, there has been little change in the narrative associated with U.S./Cuba relations. There is much talk about helping the Cuban people while maintaining policies in place which squeeze the island’s economy as if the economy did not affect the wellbeing of the Cuban people.

Approximately 68% of Cuban Americans living in South Florida believe that the embargo has not worked.

Since the beginning of the FIU Cuba Poll in the early 1990s, a majority of Cuban Americans in South Florida have agreed: the U.S. economic embargo on Cuba has not worked. This year’s assessment is no different (Fig 1).

The question doesn’t address the issue of what effectiveness would look like. That is, we don’t ask directly what the respondents would consider to be a “successful embargo,” so each respondent is free to evaluate success/failure in her or his own terms. This year is no exception to the rule. Sixty-eight percent of respondents acknowledge that the embargo has not worked. It is interesting to note that the newest arrivals (2015-2022) give the embargo’s efficiency higher marks (49%). To half of this group the embargo/bloqueo has been an “effective” policy, whatever that means.

A majority of the Cuban American community supports the continuation of the embargo.

Regardless of their skepticism about its effectiveness, Cuban Americans are not ready to give up on supporting the longest lasting coercive policy that the U.S. government has maintained against any country on the face of the earth. Support for the maintenance of the embargo remains high (Figure 2).

Approximately 57% of the Cuban-American community supports, either strongly or mostly, the continuation of the U.S. embargo on the island when “Don’t Know” is considered a valid response. When a definitive opinion is expressed—yes, I support or no I don’t support the maintenance of the embargo– 63% of respondents line up in support of the embargo. Anti-embargo sentiments dominate only in two cohorts: Cuban Americans born outside of the island and those reporting to be registered Democrats. I suppose that Coca-Cola will have to wait a bit longer to open its factory in Cuba. Maybe things will change by the time it finishes constructing its largest factory in Vietnam.

A majority of Cuban Americans support the sale of food and medical products to Cuba by U.S. companies.

Despite the strong support for the economic embargo, Cuban Americans in south Florida are concerned about the welfare of their fellow Cubans remaining on the island enough to strongly support the sale of food and medicine. When respondents are asked if they support the sale of medicine or food by U.S. companies to Cuba in an “unrestricted way,” food exports by U.S. companies are supported by 64% (Figure 3) of the sample and the export of medicine is endorsed by 72% (Figure 4) of respondents.

The Politics of the Carrot and the Policy of the Stick

Does Cuba pose a threat to vital American interests? Most say, “yes.”

A majority of Cuban Americans (55%) consider Cuba to be a threat to vital American interests (Figure 5).

This represents a slight increase from the 2020 poll when a slight majority (52%) did NOT consider Cuba to pose a threat to the United States. This time around, only three groups in our survey do not agree with this perception of Cuba as a threat: the generation of Cubans born outside of Cuba, the newest arrivals and those that are registered as Democrats.

Wielding the stick: a majority of respondents support policies designed to put maximum pressure on the Cuban government to promote regime change.

Since the beginning of the FIU Cuba Poll in the 1990s, the desire to wield a punishing stick on the Cuban government while simultaneously extending some kind of conciliatory carrot has been present in the community’s attitudes toward U.S./Cuba relations. The policies of the stick have dominated US/Cuba relations since the 1960s, with the exception of the initiatives taken by Obama during his second term. The Cuban American community has room in its imagination for both a soft and hard-line approaches. As we will discuss in our concluding discussion, this ability to follow the White House leadership into a “softer path” became evident as the community settled into the new normal of the Obama openings before the Trump whiplash.

This ambivalent carrot/stick attitude is clearly seen in the two questions asking respondents to express their general policy preference. Asked in a non-specific manner, both questions received overwhelming support. Seventy-four percent of respondents approved of policies designed to put maximum pressure on the Cuban government to promote regime change. All categories of respondents expressed overwhelming support for hard-line policies (Figure 6).

Yet, respondents are similarly enthusiastic about policies designed to improve the well-being of the Cuban people. Overwhelming support is expressed for these “softer” political approaches (64%). Only registered Republicans express opposition, by a slim majority (52%) to soft-pol policies (Figure 7).

On the issue of maintaining diplomatic relations

Since Obama established diplomatic relations with Cuba in 2015, Cuban Americans have remained steadfast in supporting the new era in US/Cuba relations. There has been a steady retrenching of support for the policy since 2018, however. At that time 67% expressed support for the maintenance of diplomatic relations. This year the support has dwindled 53% within the general population. What has become the status quo is opposed by those migrating before 1995, the oldest cohorts and registered Republicans (Figure 8).

So the Cuban American population remains set in its ways. Older members of the community seem to be sticking with the traditional “exile ideology” of opposition to the Cuban government by supporting the decades old isolationist policies. The newer arrivals and younger cohorts are being integrated into the U.S. political system in an extremely polarized environment where the nature and impact of Cuba policy on its government and people are afterthought for both parties. Given the lack of leadership from Washington to significantly alter its policies towards Cuba, it is not surprising that the Cuban American population has also not altered its course. Leadership matters, as we’ll see in subsequent analysis of the 2022 FIU Cuba Poll.

Up next: what is the status of the relationship between Cuban Americans and fellow Cubans on the island?

1 Following the methodology used in previous polls, waves, the 2022 FIU Cuba surveys a sample of 1000 self-identified Cuban adults (aged 18 or older) who currently live in Miami-Dade County (MDC). Margin of error typically associated with such a random sample is plus or minus 3%. The sampling frame consists of all Telephone Consumer Protection Act compliant LAN and cell numbers operating in the area. A probability sample was constructed using Random Digit Dialing (RDD) procedure. As our previous polls have consistently favored older respondents due to their higher response rates, this survey assigned younger Cuban Americans higher probabilities to enter the sample.  FIU contracted the NORS Surveys, Inc. to conduct the interviews. The respondents who self-identified as Cuban were interviewed with our bilingual (English and Spanish) questionnaire and the Computer Assisted Telephone Interviewing (CATI) system. Data collection took place between July 27 and September 11, 2022. All results presented in this report are weighted to better represent the intended population. More information on the methodology can be accessed by going to the Cuban Research Institute website and its 2022 FIU Cuba Poll link.