The Cuban Ministry of Labor published this Wednesday the list of 124 jobs that will continue to be prohibited for the so-called “self-employed,” after eliminating the restrictive list of activities so far allowed for the sector. 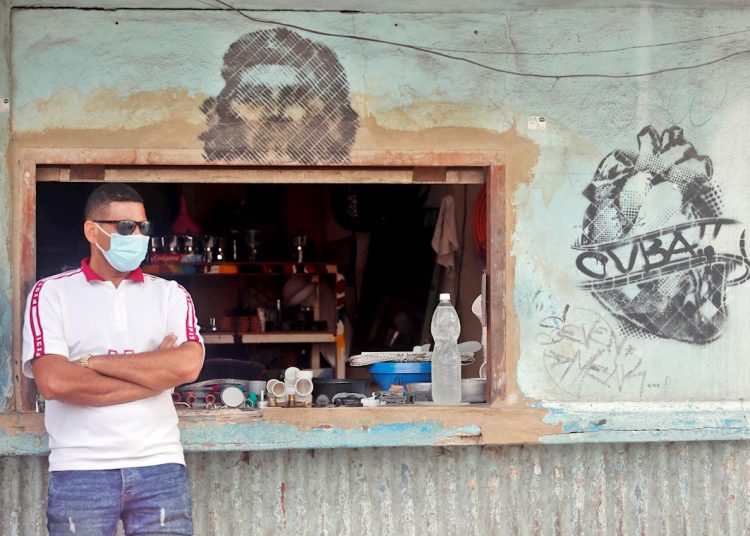 Strategic sectors for the Cuban State such as health, telecommunications, energy, defense and the press will remain banned for the private sector, according to the list of prohibited activities published after the elimination of the restrictive list of activities to which self-employed workers could engage in until now was announced.

The Cuban Ministry of Labor published this Wednesday the list of 124 jobs that will continue to be prohibited for the so-called “self-employed,” for whom, however, the possibility of dedicating themselves to more than 2,000 occupations is now open compared to the only 124 previously authorized.

Areas that are especially important for the State for economic or political-ideological reasons remain beyond the reach of the self-employed, who at this time represent 13% of the employed population in Cuba.

According to the list, highly qualified professionals such as doctors, dentists, architects, lawyers, engineers or researchers in science and development will continue to be unable to work independently outside the state sector.

In the education sector, which in Cuba is universal and free and represents one of the Revolution’s banners, self-employment will only be allowed in categories such as childcare, home “review” or teaching of music and other arts, languages ​​and gymnastics.

Within the manufacturing industry, export items that represent a strong inflow of foreign currency to the state coffers, such as sugar, tobacco and the pharmaceutical industry, appear on the list.

The printing of newspapers and books is also prohibited, as well as the manufacture of motor vehicles, motorcycles, ships, trains, airplanes or special ships.

Many of those categories are also limited in terms of product sales. Cubans may not engage privately in the wholesale of any item except agricultural products, and they are specifically prohibited from marketing motor vehicles and their parts, tobacco, fuels, telecommunications equipment, and pharmaceutical and medicinal products.

The press and culture sectors also concentrate numerous restrictions, such as the practice of journalism, book publishing and layout, audiovisual and film production, sound recording and music editing, the exhibition of films, radio broadcasts. and the management of concert halls, art galleries and bookstores.

Nor will it be allowed to create and manage professional sports clubs, with the exception of gyms.

Telecommunications, another strategic sector that is an important source of foreign exchange, will continue to be a state monopoly, as will financial activities such as insurance, pension funds or holding companies, among others.

According to the list published this Wednesday, the self-employed will not be able to act as travel agents and tour operators, or engage in funeral services.

The energy sector and its ramifications (exploitation of natural resources, mining or hydrocarbons) is also reserved to the State, as is hunting for commercial purposes.

Finally, professional associations, such as those of entrepreneurs or unions, remain prohibited.

The Cuban government announced last Saturday the elimination of the restrictive list of 127 self-employed activities that were allowed until now and its replacement by the list of 124 limited or banned occupations released this Wednesday, a measure long-demanded by self-employed workers and economists.

The measure comes at a critical time for the island’s economy, which contracted 11% last year as a result of the coronavirus pandemic, the reinforcement of U.S. sanctions and the delay in implementing the reforms approved a decade ago to push its inefficient centralized model.

Self-employment has been one of the areas hardest hit by the most recent U.S. sanctions and by the pandemic, despite which experts consider that it continues to be the largest potential source of job creation on the island, and that it is fundamental to absorb workers from the oversized state enterprises.

Legal reforms that will allow the self-employed to constitute small and medium-sized enterprises are still pending.