If certain things do not change, Cuba will continue to be condemned to bury its enormous baseball tradition in the depths. 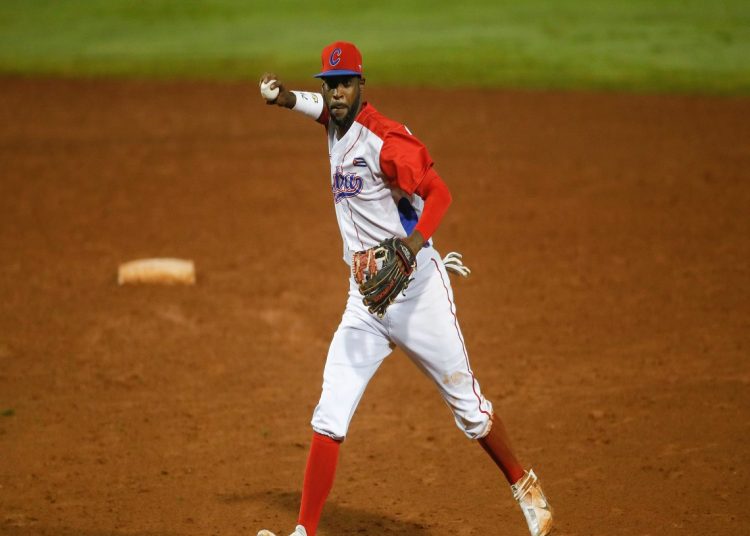 Cuba had outstanding individual performances, but as a group it failed to stand out. Photo: Taken from USA Today Sports.

Let’s be frank, a majority sector of Cuban baseball fans knew that Wednesday, June 2 would dawn without an Olympic dream. Don’t get me wrong, many of those fans didn’t want Cuba to lose, but they were aware that the specialists’ forecasts were leaning toward a quick elimination at the Americas Pre-Olympic in Florida.

Unfortunately, these predictions have not failed in recent times and, again, they came true this Tuesday night, when Canada extended its impressive winning streak against Cuban teams, which up to now haven’t been able to decipher the northern enigma for a decade. That defeat, added to the disaster on the first day against Venezuela, eliminated any possibility of qualifying for the Cuban squad, one of the few that had participated in all the official editions of baseball at the Olympic Games.

Although there is still a game against Colombia to close the stage, you can turn the page and draw conclusions. In first place, we cannot ignore that Cuba faced a complex scenario at all times: it went through hell to obtain the visas; as soon as César Prieto arrived, he decided to leave the squad and, later, during the games, a group of fans sought visibility for their political messages against the Cuban government in a sports context.

This has happened a thousand times, demonstrations on other occasions have even been more aggressive. Now, in Florida, although posters were displayed in the stands or phrases against the Cuban government were chanted, the escalation was not so radical, to the point that many of those who raised their “Homeland and Life” banner later supported the team.

No one in the Olympic Qualification, not even the United States, has had as much support from the stands as Cuba, whose elimination will undoubtedly bring silence to the West Palm Beach and Port St. Lucie stadiums.

Many have said that the Caribbean team played under pressure, but it is a criterion that I do not share. I repeat, Florida was an uncomfortable setting, but any moderately professional player, with experiences in stadiums full of hostile fans, can handle three choirs and a few posters without much mishap.

By the way, the Cuban players themselves demonstrated it in Florida and gave a lesson in respect and civility, when a woman walked around the field with a banner that read “Free Cuba,” the members of the squad did not attack anyone or lose their calm.

In sports, you cannot talk lightly about pressure. Under pressure Jackie Robinson and black Major League Baseball players played 80 years ago, with death threats and amid a panorama of racism and discrimination; under pressure, a black athlete like Jesse Owens ran and jumped in Hitler’s Nazi Berlin; under pressure the Cubans from the “Cerro Pelado” competed; under pressure, the same Cuban players also competed in the Dominican Republic in 1969.

What has happened in Florida may seem unpleasant to some, but that’s it, it does not affect the outcome of the game in the least. Cuba does not lose under pressure. Saying that is a nice way to divert attention and to hide get real issues.

In the Pre-Olympic, the same deficiencies of the last few years came to light, from the errors of the management in the conception of the team and the decision-making to the failures of the players when executing key actions in the games.

Of course, after the failure, the hunt has already begun, the search for the culprits. In the front line, facing the firing squad is the entire coaching staff. No one is saved: not the third-rate coach for sending a runner to suicide for the home plate, not the pitching coaches for planning the rotation, not the manager for a certain passivity, or for changes that only made sense in his mind…

The criticisms are not unjustified. The Cuban high command, headed by Armando Ferrer, screwed up several times in situations that apparently did not need a high dose of analysis, and that has given many followers and specialists high blood pressure. Among the most chaotic examples of these situations are:

The players were also not at their best and the same old problems came to light. The starting pitchers did not “measure up,” at the right time he did not bat, there were many runners in circulation, most of them in scoring position. It is true that they always played towing and that makes the work quite complex, but focus and determination were lacking in some transcendentally important shuffles.

Likewise, in terms of the offensive, the coaches had talked about the importance of being disciplined and being patient at home plate, but many players went after the first ball over and over again, as if that topic had never been mentioned in the training sessions.

Anyone would say that we are talking about another tournament because we have been pointing out these details for a long time. However, despite the warnings, of the work of the trainers, the evolution is not seen. The vast majority of Cuban players seem stuck, unable to take steps forward in a world that changes by the day. Thus, winning is a utopia.

It will also be very difficult to win as long as there is no real desire to reach out to the huge community of Cuban players who reside abroad, have no ties to Major League Baseball organizations and have shown their willingness to represent their country. Denying them that right or making this reinsertion process more complex is a strikeout with full bases.

We know that having players inserted into the U.S. system is very complicated due to the political scenario of tension that exists between Cuba and the United States (aggravated in this baseball environment by the cancellation by the Trump administration of the agreement between the MLB and the Cuban Baseball Federation), but the other variants should be considered as soon as possible.

Prior to the Pre-Olympic, there was talk of summoning some players living in Mexico, who would give a quality bonus to the national team. However, that possibility started to fade and at this point we do not know exactly why or whose fault it is.

The management of the team that went to Florida argued that they did not know the shape those players were in, but that does not hold up in any way. Henry Urrutia and Félix Pérez, two of those who rang to wear the four-letter shirt, are on fire in the Mexican League, where Lisbán Correa and Yadir Drake came from.

So, were we really unaware of the shape those athletes were in or is there some hidden reason that prevented calling them? In this sense, there has been a lack of clarity, the Cuban authorities have not given a convincing explanation and news came from Mexico that our managers did not contact the players’ clubs to negotiate their transfer for the Pre-Olympic.

This last detail should not surprise us, because it is not new. In Cuba, specifically in the sports field, it takes a lot of work to be farsighted and that is fundamental in this type of work. We cannot talk to a club today and expect one the players to join tomorrow; the professional world doesn’t work like that, and we should know it by now.

If that mentality is not changed, if obsolete work philosophies are not dynamited, Cuba will continue to be condemned to bury its enormous baseball tradition in the depths.