The record of May 28, when the number of patients in intensive care had reached 151, was surpassed now by 10. 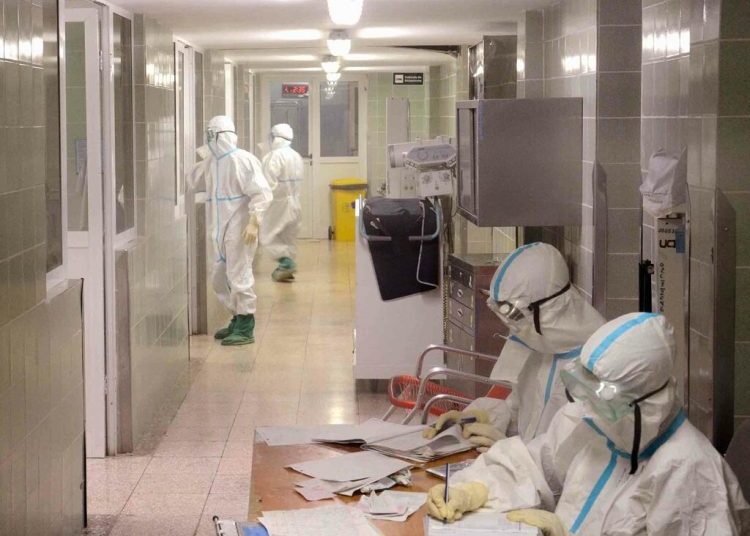 The number of patients in ICUs due to COVID-19 reached the highest record this Thursday, when 161 people remained bedridden, 56 in critical condition and 105 in serious condition.

The record of May 28, when the number of patients in intensive care had reached 151, was surpassed now by 10.

For Dr. Francisco Durán, this increase is nothing more than the result of the high incidence that SARS-CoV-2 is having on the island, as he commented during his presentation of the report issued daily by the Cuban Ministry of Public Health (MINSAP).

In this report, 1,129 new infections were reported after the processing of 24,399 samples. There were 1,229 discharges. Deaths, meanwhile, dropped to seven.

The seven deceased correspond to five women and two men between the ages of 52 and 85 and residing in municipalities of Havana, Santiago de Cuba, Matanzas and Mayabeque. With them, the death toll from the pandemic on the island now stands at 992.

Of the total number of cases of the day, 1,087 are due to autochthonous transmission, which increased by 76 compared to the previous day. For this reason, the national director of Epidemiology of the MINSAP has said that “we cannot yet speak of an incidence reduction.”

1,048 were contacts of confirmed cases and the number of imported cases did not vary in relation to Wednesday. Today’s 42 correspond to Cuban travelers from Russia (35), Panama (two), Spain (two), the United States (two) and Jamaica (one).

Havana reported 455 cases and continues to lead in terms of incidence, with a rate of 362.7 per 100,000 inhabitants in the last 15 days, a period in which eight of its municipalities, along with three from Mayabeque and one from Pinar del Río, have concentrated 31.9% of the transmission.

Quivicán is the one with the worst indicators in this regard, with an incidence rate in the last 15 days of 814.9 per 100,000 inhabitants.

In addition to Havana, the territories that registered the highest numbers of infections this day were Santiago de Cuba (132), Holguín (73) and Pinar del Río (64).

Of those diagnosed, 45.6% were asymptomatic.

As of midnight Thursday, 26,062 people were under some type of hospitalization and confirmed active cases totaled 5,798.