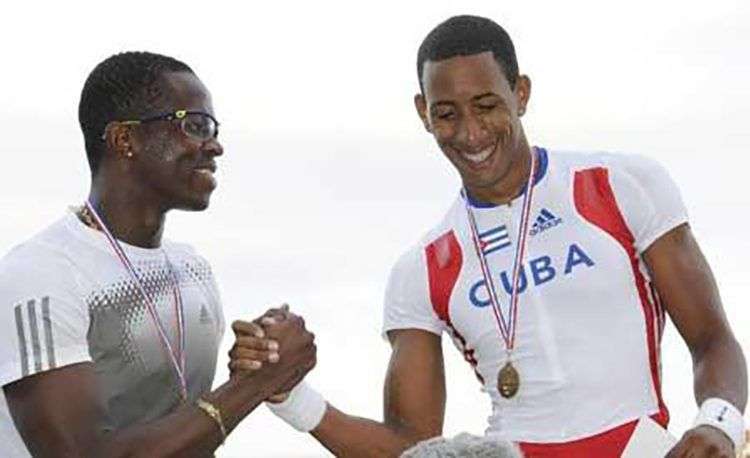 In order not to lose pace or speed, Cuban hurdlers are having great performances in the Old Continent. Just 72 hours ago, Orlando Ortega and Dayron Robles made the one- three in the athletic meeting Pedro’s Cup in Poland. Only the American Aries Merritt got in the way. However, as to leave no room for doubt that this season is looming successful, the Cubans dominated at will the last meeting held in an indoor stadium.

This is the third consecutive victory for Ortega, 24. He debuted in Berlin (7 seconds and 52 hundredths), then went to Polish soil (7.45 best record of the year) and now in Stockholm, Sweden, he stopped the clock at 7.52. These elements dictate clearly his state of grace, because times are his historic highs in 60 meter hurdles.

On the event, Ortega said that despite the cold he felt good, “It was a pretty good race. What has pleased me most is stability. I am calm about it and I think at some point best times must come”.

On the possibility of attending the World Championships in Athletics, agreed to Beijing, which has raised several questions, the Olympic finalist also expressed via Facebook: “We do not know anything about that. I still have no idea if I can attend or not. Hopefully, for me it would be a pleasure and a dream come true. But still I have nothing clear; I can wait for the Olympics “.

What is clear is that the choice to represent our country is remote, in his words, and opportunities pass by Spain: “Hopefully, it would be an honor for Cuba, but I think not,” he revealed.

Settled the debt with readers on this topic, also he said that for now he just think of the Diamond League, and repeated: “It would be a pleasure to be there”, referring to the world event in the Asian giant.

For the summer monarch in 2008, Dayron Robles, we have seen him better than a few months ago, although the lack of power that brought him to stardom is noticeable. Now he reached the finish line in 7.56 seconds away from his main result of 7.33, the second best ever in the world, just three hundredths behind world record of Britain’s Colin Jackson in 1994.

The “Lord of Guaso”, slowly, finds his shape. Three days ago he could make 7.64; in this case the presentation was qualitatively superior. And now he is in the sixth seat in the ranking of the world (7.53).

The next competition for both will be the upcoming February 25 in the athletic meeting of Malmo, Sweden.

Cuba and the United States Discuss Agreement of Phone Communications